It was only a few years ago that MoVernie and I embarked on a culinary adventure that would lead us to good food around the world. I still remember watching Top Chef on the Food Network and the amazing molecular gastronomy that I was witnessing from contestant Marcel. Ever since that time, I knew I wanted to try a restaurant that showcased all those unique cooking methods.

Despite all the restaurants we have visited, I can’t believe that it wasn’t until this year at Myrtle Beach we finally had that opportunity. The Chemist located near the main strip of Myrtle Beach is best described as the restaurant Bill Nye the Science Guy would open if he ever became a celebrity chef. 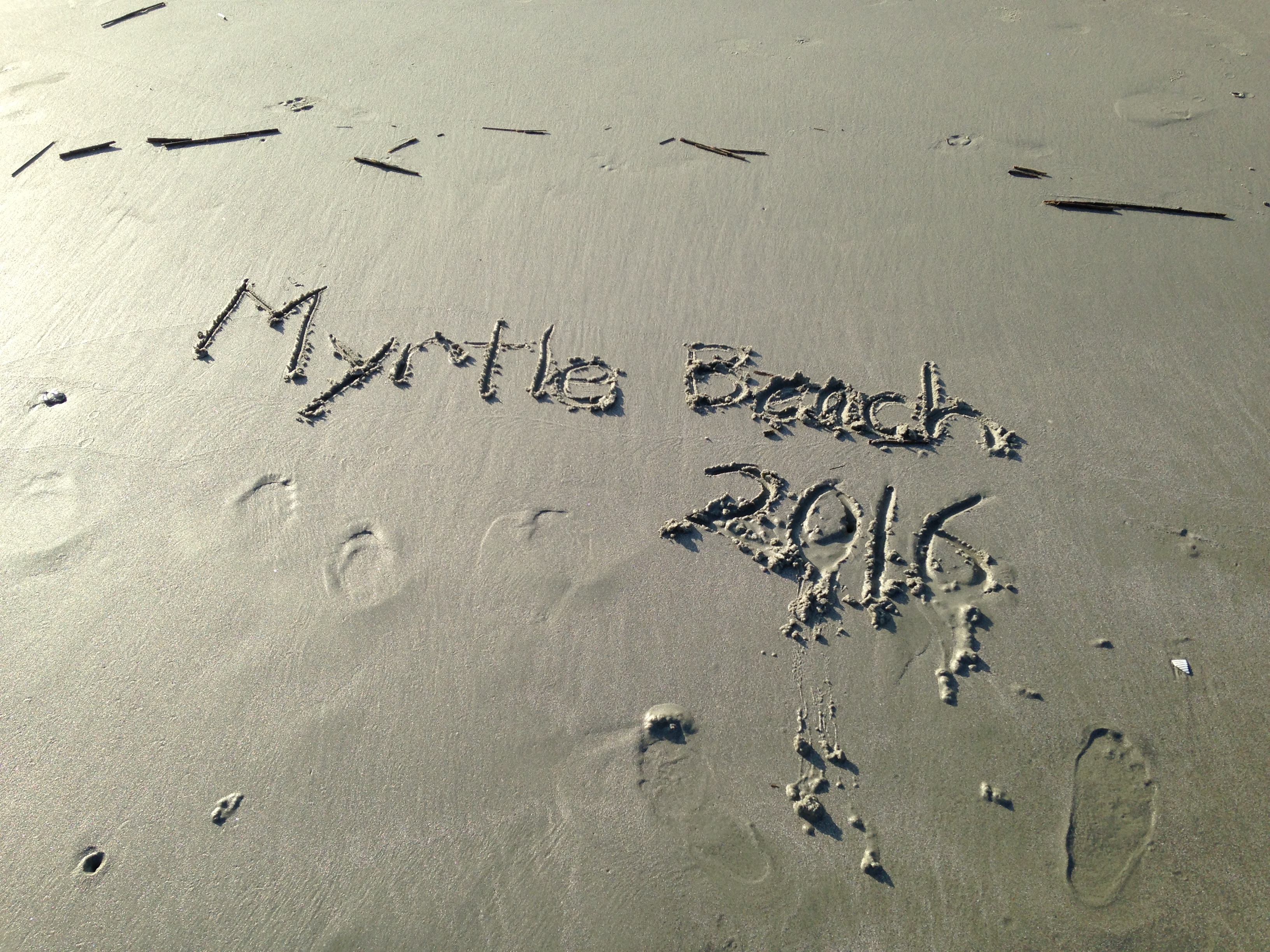 From the moment you walk into the restaurant, you are instantly transported into a lab reminiscent of your Grade 12 science classroom. Every table features a random element from the periodic table. You can choose a table with your favourite element, but considering I barely passed Science in high school I opted for the best seat in the house to witness all the action that will unfold.

It’s very rare that I am already impressed at a restaurant before they even started rolling out the food. The owner spared no expense in ensuring every detail in his creative mind is laid out in this restaurant. The servers are dressed in white lab coats serving water in a glass beaker. It doesn’t get any cooler than that.

As we await the first of many dishes to arrive at our table, we were treated with some of their signature cocktails that is featured on a transparent plexiglass menu. One of the concoctions that was being served was called The Thmye Machine. 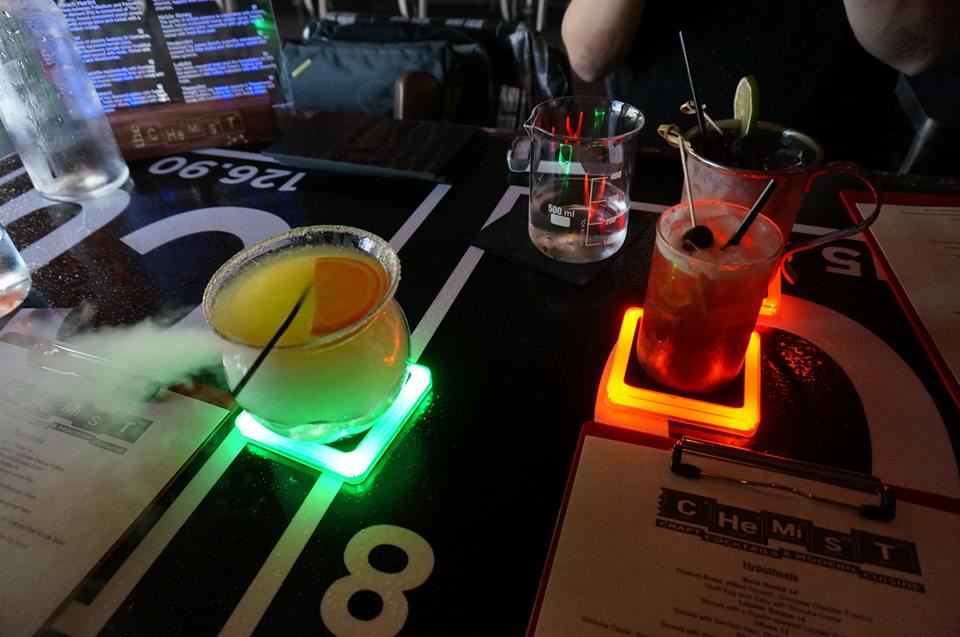 The dinner menu is broken down by The Hypothesis, Experiment, and finally The Conclusion. As the dry ice swirled and evaporated under my drink, I vaguely remember from my days of science class the menu is named after the basic steps for conducting an experiment.

Our first dish showcased the molecular gastronomy that I have seen on TV. With the use of an emulsifier and liquid nitrogen, tabasco has been stabilized to become a caviar. The thickness of the toasted bread can withstand the punishment of the perfectly cooked quail egg as the yolk erupts with your first bite. Typically dishes like this will cause the bread to become soggy unable to sustain the weight of the contents. This dish is perfectly balanced from the richness of the egg and cheddar fondue, and the mild touch of spice offered by the Tabasco. 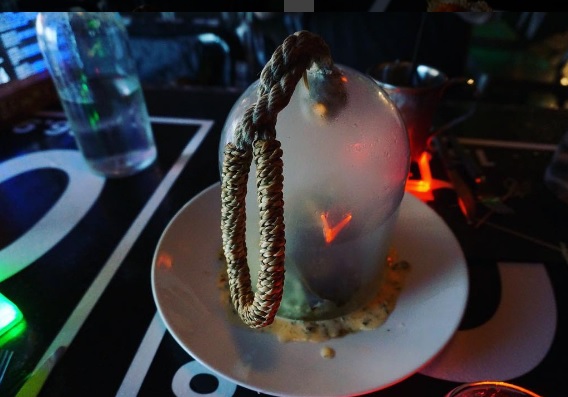 The Theory & Research (entrees) offer incredible value and given the amount of prep work required to execute these dishes, I was very surprised at its affordability. The portions are “American” sized with a healthy serving of risotto and are priced in the $15 to $17 range. The “Char Siu” slow roasted pork belly with Cantonese style BBQ over shaved brussels-sprout salad is simply divine. Pork belly seems to be all the rage now, which I always find funny as it is a staple in Chinese cuisine since the Ming Dynasty. The lamb chops are cooked sous vide which is the best method to cook any meat as it allows the chef to cook the meat perfectly retaining its natural meat juices.

After trying the various entrees, we decided to try a few more appetizers! Believe it or not, I typically enjoy eating appetizers more than entrees. It allows me to try a wider variety of dishes, without feeling too full. As a lobster connoisseur, I knew I had to try the Lobster Bisque. It’s presentation fits very well with the ambience of the restaurant and the lobster roll was scrumptious. The Wagyu beef tataki on Asian cold noodles was one of my favourite dishes. The beef was tender and the cold noodles added a nice needed texture to the dish. 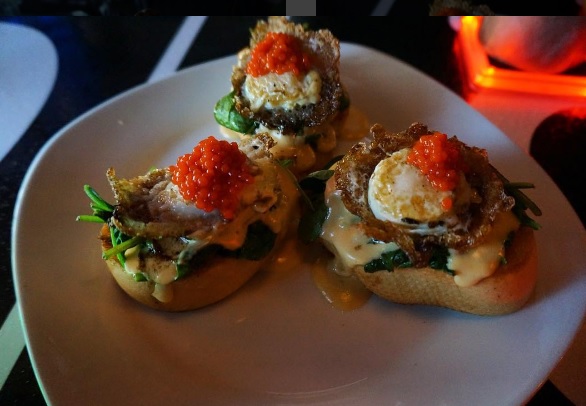 MoVernie and I are not the biggest dessert fans. We never really had a sweet tooth, but there was no way we were going to leave here without trying one! We ordered the Mango Coconut Panna Cotta which is a whimsical play on sunny side up eggs paired with a candy bacon. It doesn’t get any more playful than having breakfast as dessert.

Overall, we found the entire dining experience to be extremely enjoyable. You get to experience a culinary adventure that doesn’t break the bank and you won’t leave hungry or disappointed. Since everyone that visits Myrtle Beach will see the Skywheel, make sure to check out The Chemist which is only a stone throw away. 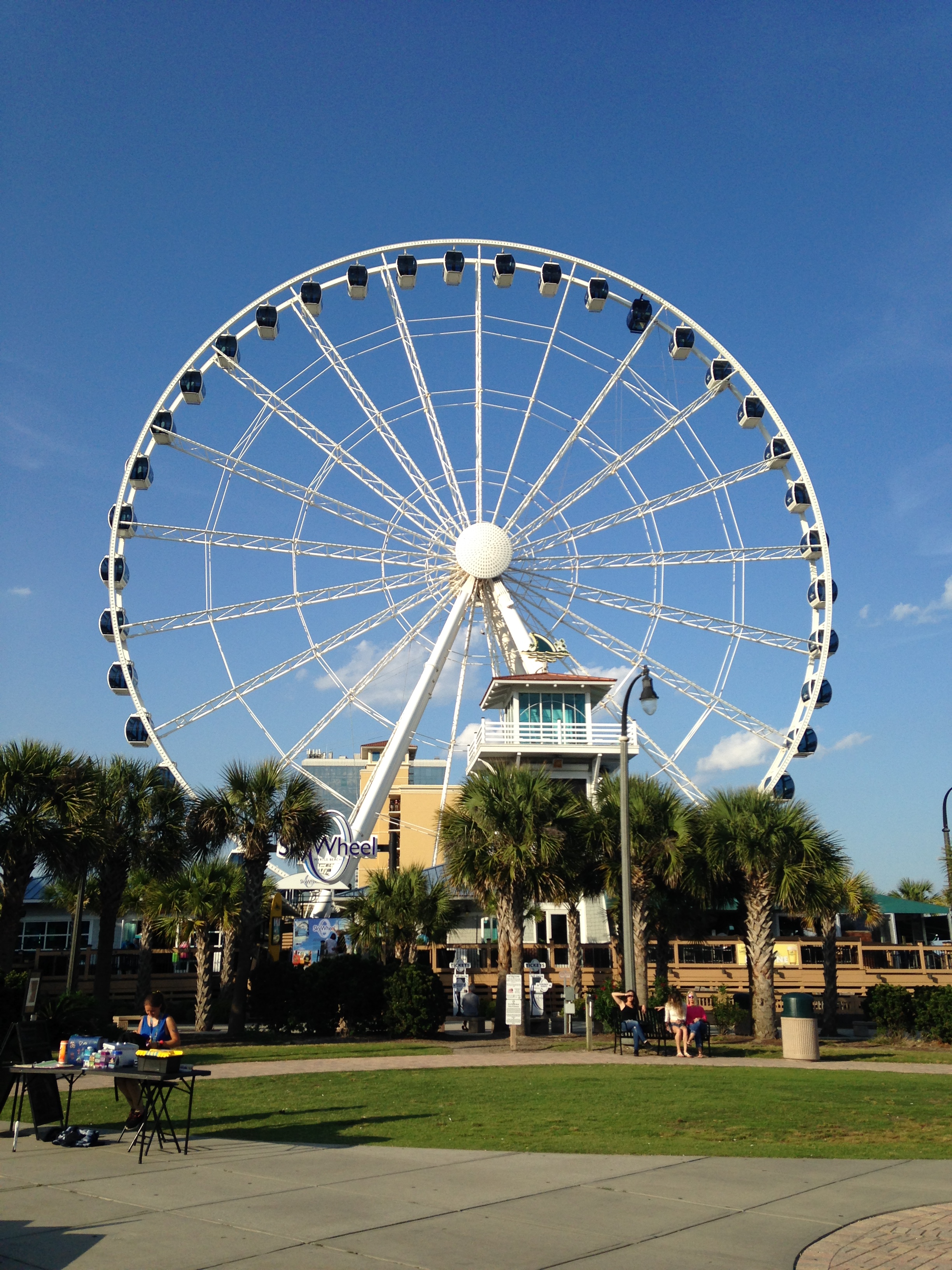