You are at:Home»Sports»BREAKING NEWS: Kawhi Leonard Signs with LA Clippers along with Paul George 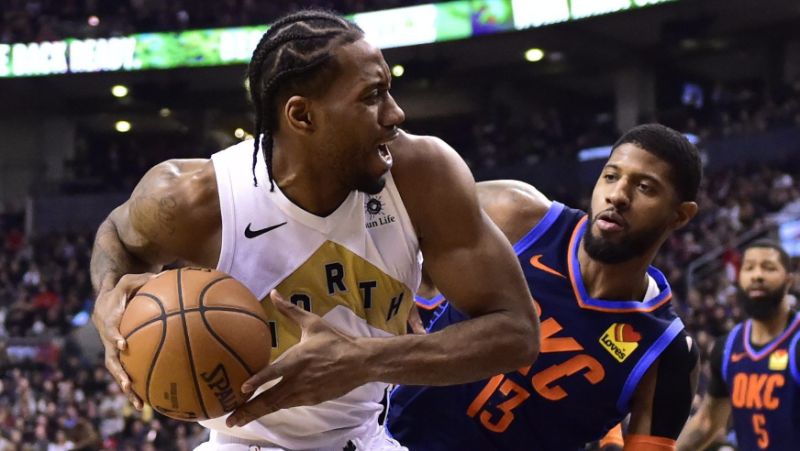 Well….I guess those multiple of earthquake waves from Los Angeles may not be from the mother nature, but instead from the NBA Champion, Kawhi Leonard? Joking aside, Kawhi has definitely sent a bunch of huge shock waves throughout the entire NBA world this early morning by agreeing to sign with the Los Angeles Clippers.

As 1st reported by the NBA expert, Adrian Wojnarowski on Twitter that Kawhi Leonard will sign with the LA Clippers for a 4-year max deal worth $142M and also acquiring Paul George from the OKC Thunder for the up & coming point guard Shai Gilgeous-Alexander and Danilo Gallinari along with a whopping 5 first round draft picks.

OKC Thunder knowingly the Clippers will do whatever it takes to trade for Paul George to meet Kawhi Leonard’s demand to pair with another star, hence, OKC GM Sam Presti high jacked the Clippers with 5 first round picks.

These transactions by the Clippers definitely set a domino effect to the entire NBA league, affecting teams such as the LA Lakers; Toronto Raptors, OKC Thunder and other teams. I have to say that the Paul George trade was a shocker as no one mentions or sees this coming. The Kawhi camp definitely tight lipped and put these behind-the-scenes talks on a down low. I guess the helicopter CP24 News footage of tracking Kawhi in Toronto was a decoy to buy time for the Clippers to make the deal done behind the scenes. More importantly, at the end of the day, both Kawhi Leonard and Paul George get to return to their home town of Los Angeles and create an unique tandem, trying to win the 1st championship for the LA Clippers.

We will see how this will unfold as the season starts. What are your thoughts? Do you think Kawhi made the right decision or not?