You are at:Home»Sports»Bianca Andreescu Became the 1st Canadian Female in 50 Years to Win Rogers Cup 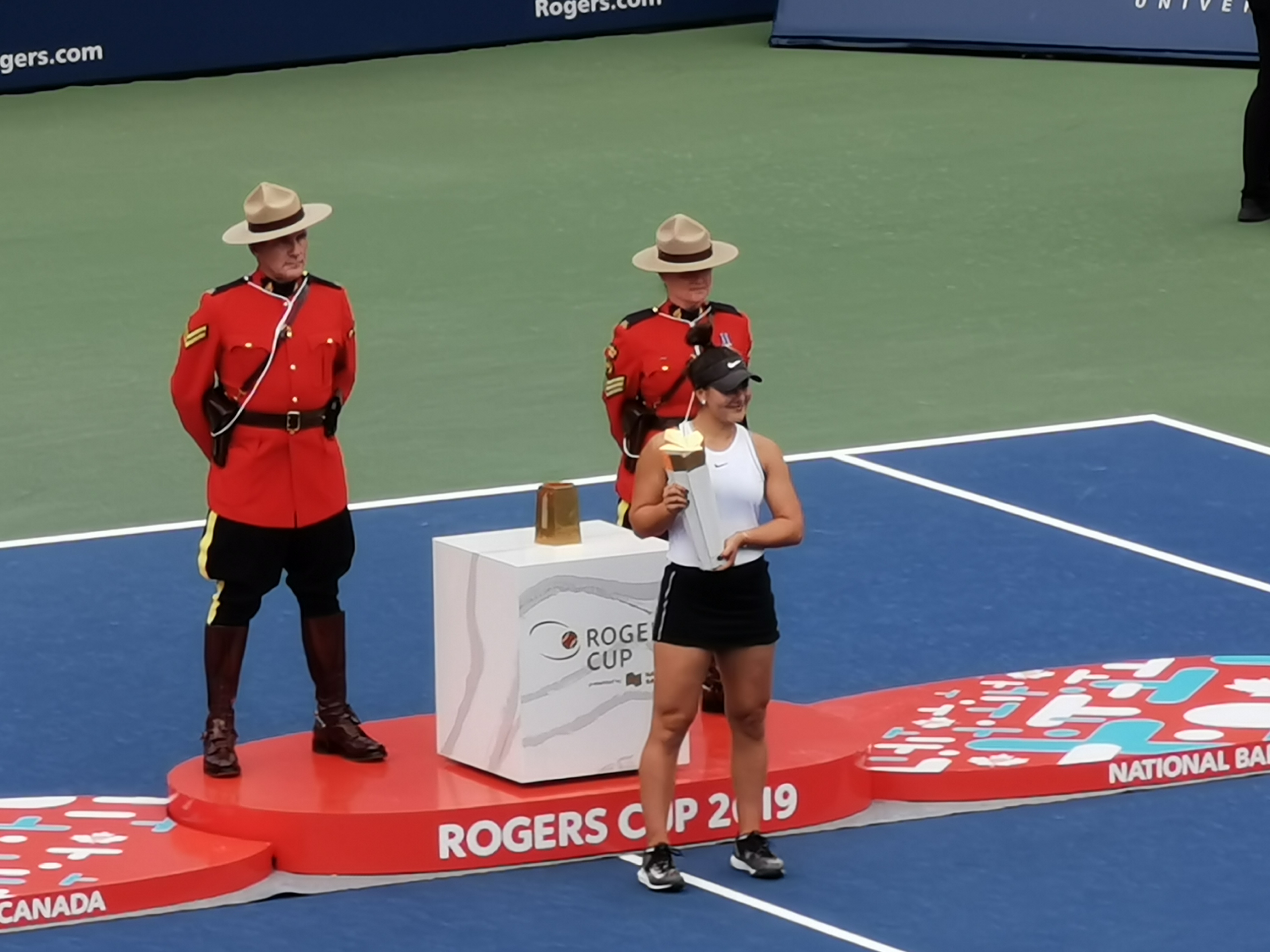 Congratulations to Bianca Andreescu for winning the Rogers Cup. Bianca became the 1st Canadian Female to win this title in 50 years! Yes really, 50 years!!!!! It took 50 years for another female Canadian to win this cup!

However, the only slight drawback was that….Bianca won this title with Serena Williams retired from the match due to upper back injury, thus, forfeiting the game and by default given the title to Bianca. Everyone is surely disappointed to the outcome, but it is what it is, injuries are part of the game and when your body tells you not to push it, you got to listen. 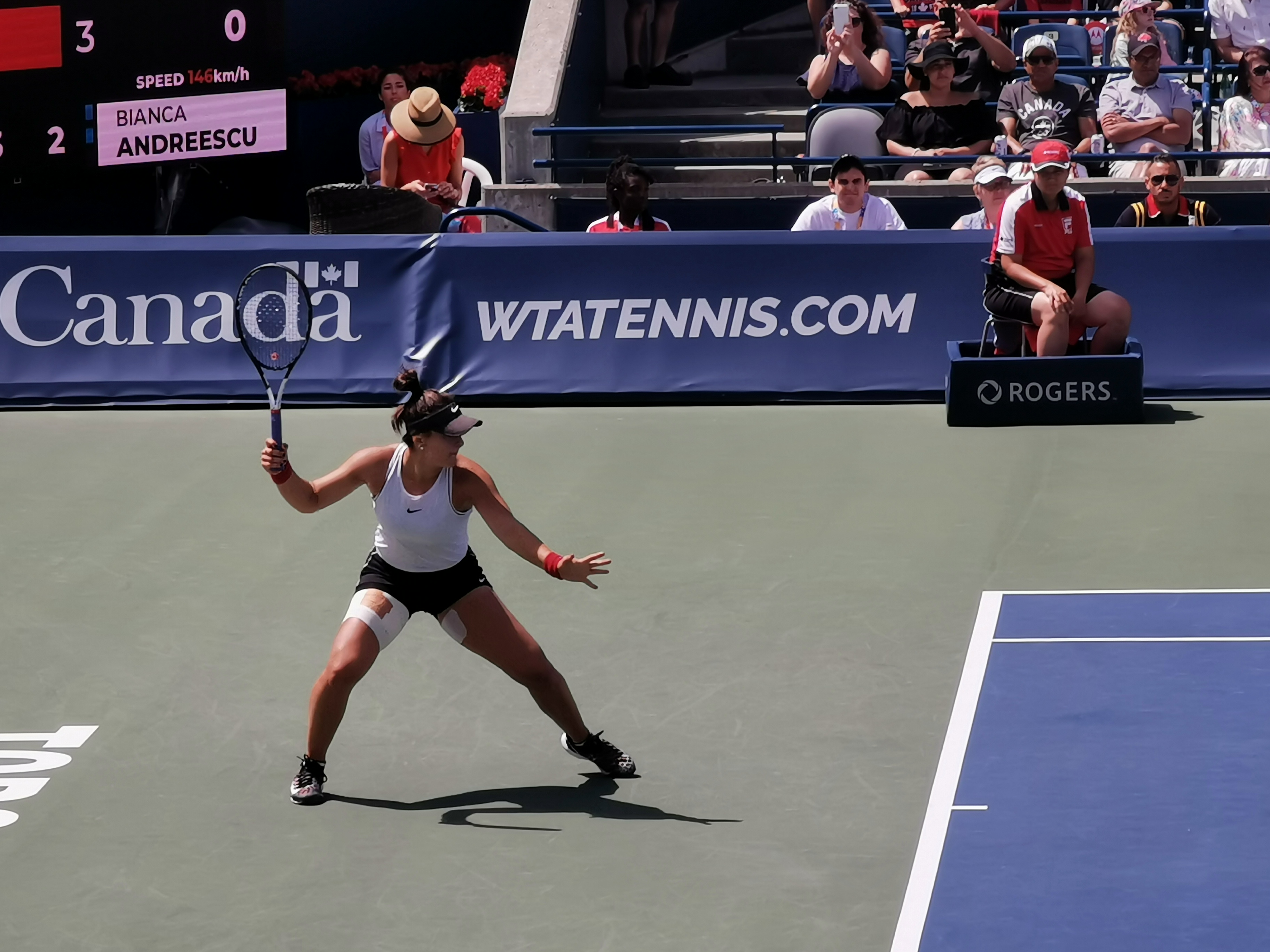 Although we didn’t get a chance to see a match by both athletes, it is still a bittersweet to witness Bianca capturing the Rogers Cup. A win is a win. In fact, Bianca had a good start to this match. She was playing very freely, aggressively, her serves were on target. Great backhand and balls were landing within the boundaries, giving her a 3-1 lead in the 1st set vs Serena. 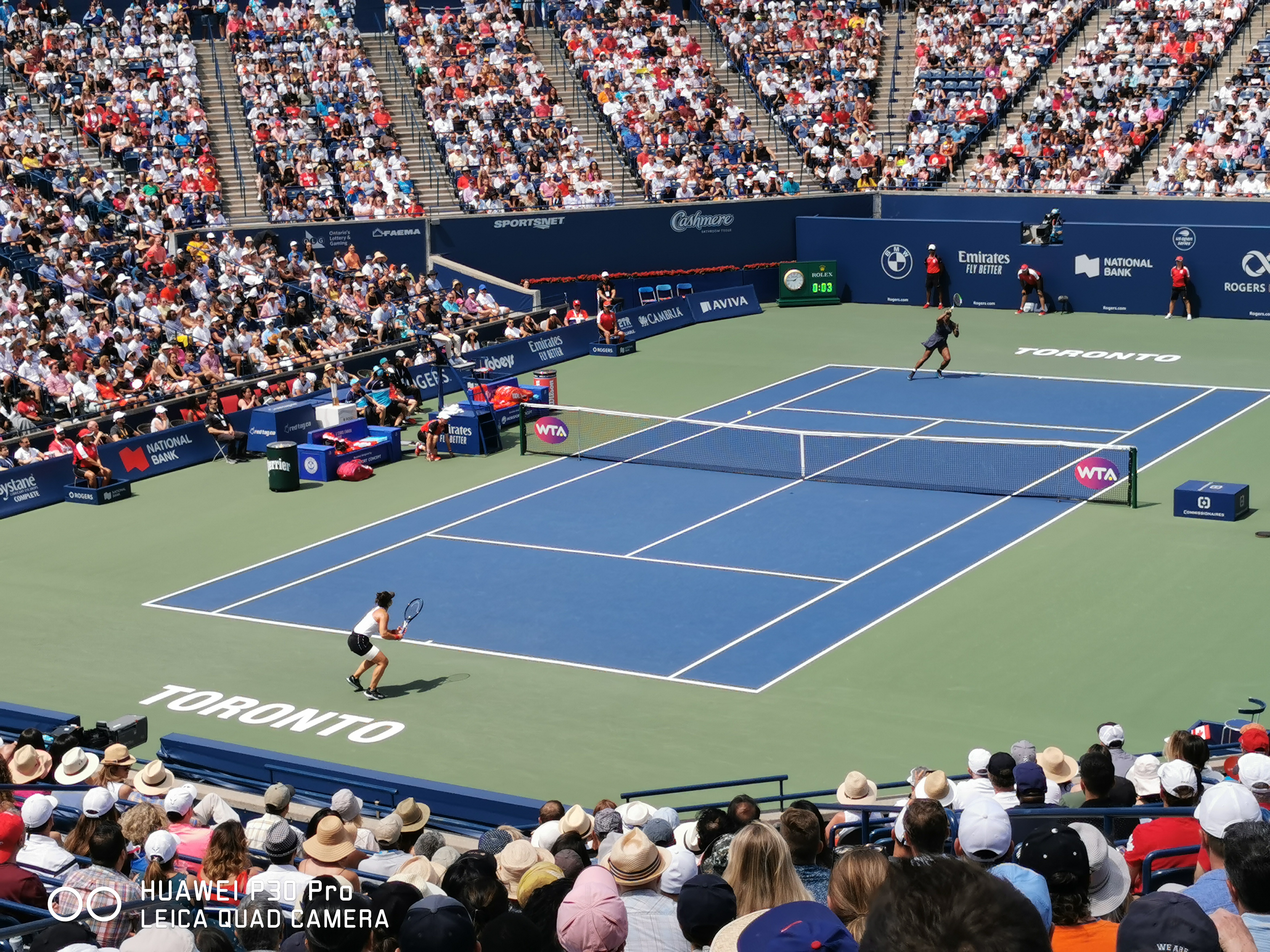 Everyone was in shocked, including myself when the judge announced that Serena retired from the game. We thought that was insane. I mean, prior to the match, there weren’t any news indicating that Serena was battling with any injuries. As she later mentioned during the press conference that Serena said she injured something during her match from the night before. She didn’t want to back out since it’s at the final stage of the tournament and wanted to give it a go. But unfortunately, her body just said “No”. 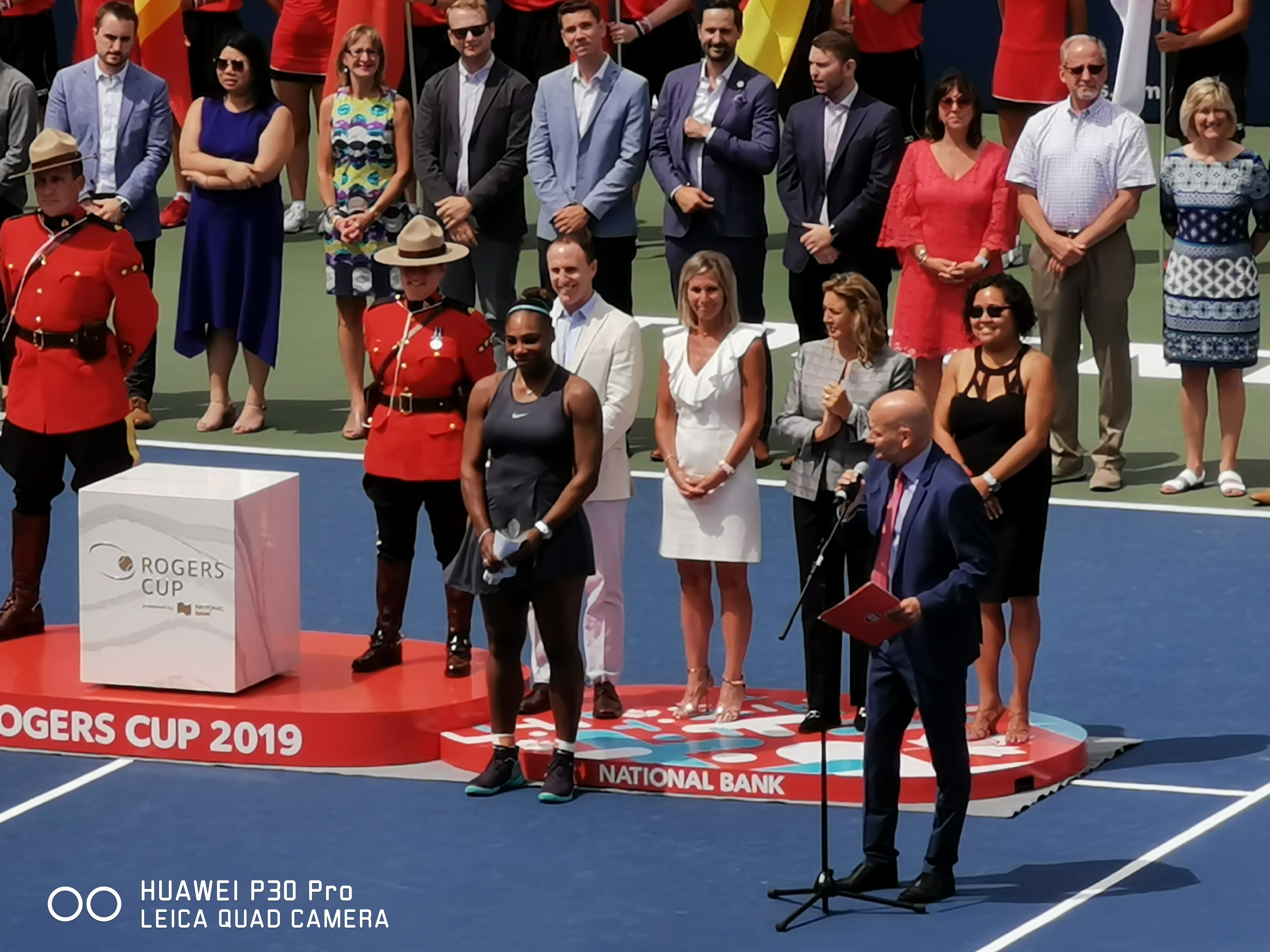 Personally, I could see that Serena wasn’t her own self at the match. Coz she double faulted her serves a few times, which were quite rare. She couldn’t even slap the ball hard when Bianca was having difficulty to return the ball cleanly. Instead, Serena slapped the ball into her own net.

However, this will go down in history as 1 of the best moments in tennis and Rogers Cup history as Bianca becomes the 1st female Canadian to win the Rogers Cup in 50 years. Furthermore, the precious touching moment when Bianca went over to Serena and console her and giving her a hug, that shows Bianca’s poise, class and sportsmanship.

Congratulations to Bianca! As she sums it up during her post game interview “This is only the beginning”. And yes, more to come and bright future ahead for this young 19 year old tennis star! 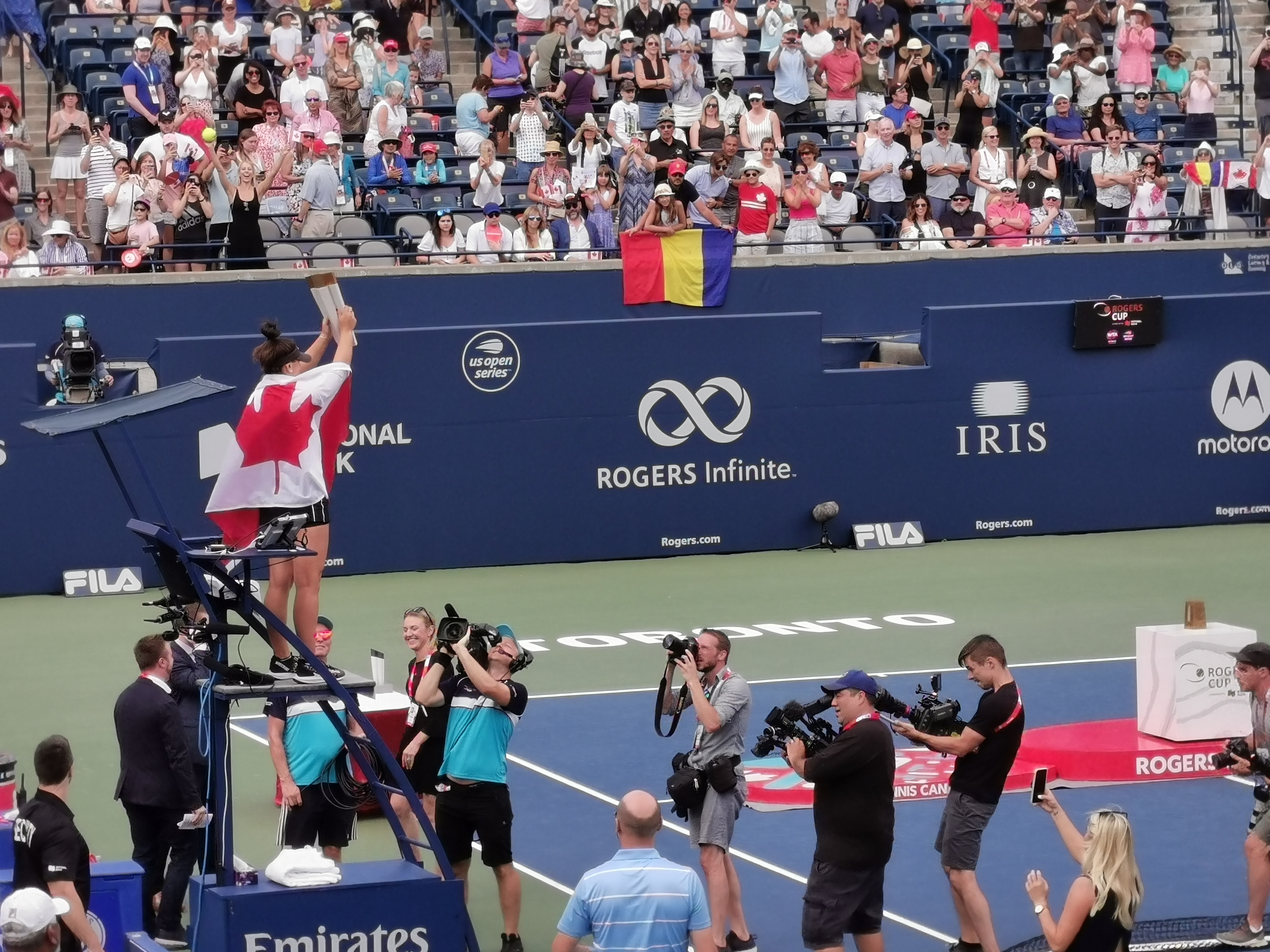