Did you know….2020 NBA All-Star game will be held at United Center, Chicago, Illinois, United States on Sunday, February 16. That’s not that far away.

As per usual, the NBA fans will get a chance to vote for their favourite starters to start the game. I believe NBA fans vote has a 50% weight and the other 50% will be determined by the NBA coaches.

As always, it’s Team East vs Team West. In my opinion, there are so many deserving players who should be participating at the all-star game but as we all know, there are always going to be snubs since there are limited spots to the all-star roster. I personally think fans votes are very subjective. To me, there is no right or wrong picks. Some pick certain players coz they grew up watching them play. Some just love certain players coz they have good looks or fashion sense. Some prefers to pick players based on the players’ consistent years of productivity. Meanwhile, some just picks players who are having a great season and deserves to be there based on their excellent season.

MoVernie QUESTION: How do you select your NBA All-Stars? I would like to know if you just pick whomever you like or you have a specific strategies for your selections?

Below are my picks as starters for this year’s 2020 NBA All-Star game. 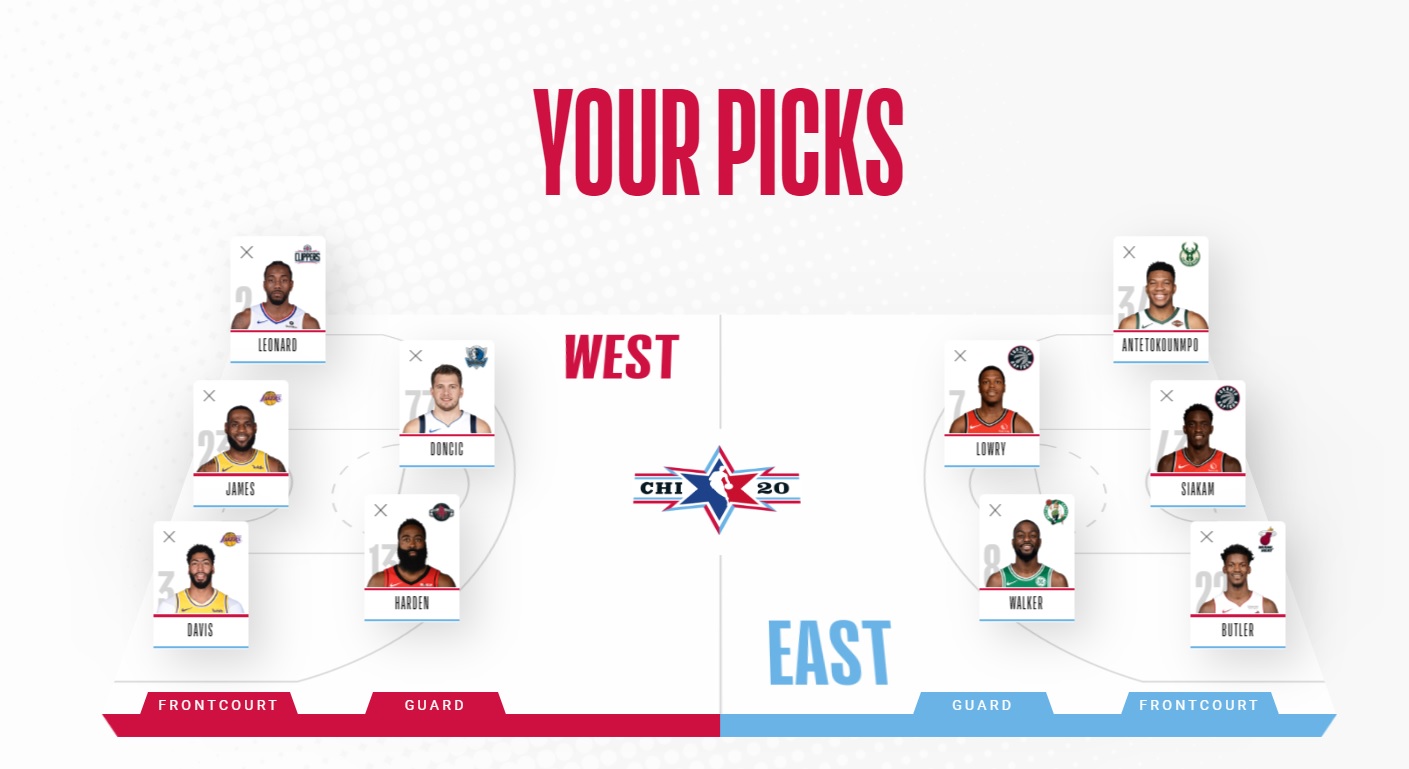 NOTE: Photo Credit for the players photos – NBA.com. Also click on the each player’s link to check out the stats.