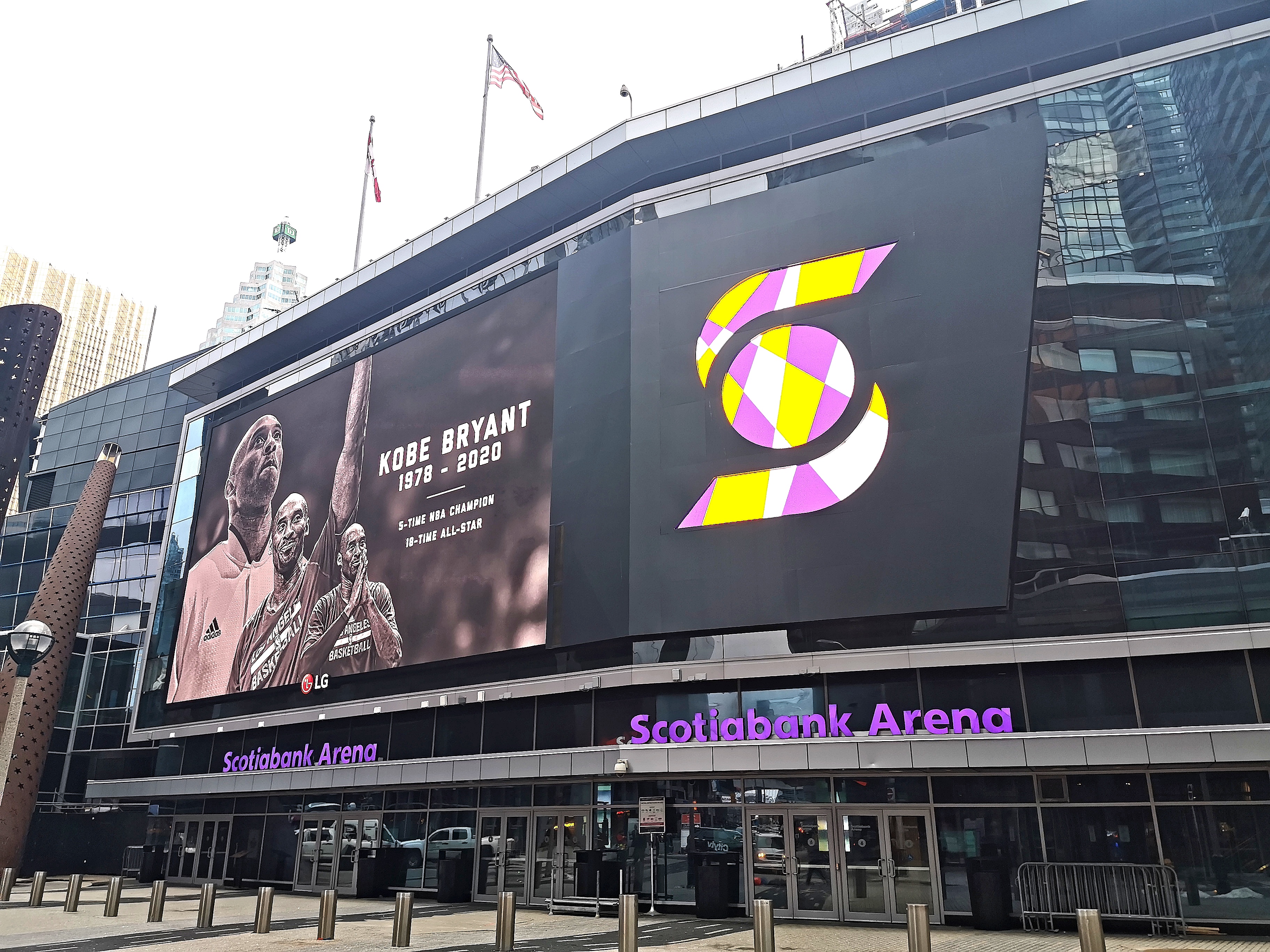 This morning on my way to work, I walked by Scotiabank Arena, home of the Toronto Raptors. It showed the picture of Kobe Bryant, who passed away yesterday from a horrific helicopter crash in Calabasas, California.

Additionally, the normal Scotiabank red logo colour has transformed into purple and gold, the colour of the Los Angeles Lakers, which Kobe Bryant has spent his entire career with the LA team.

I think it’s a nice touch by the Toronto Raptors and the Scotiabank Arena to honour Kobe. I also spotted some fans left a vigil with candle flame burning along with flowers and a picture of #24 Kobe Bryant.

I am still in shock of what happened and I am heart broken. I wish Kobe and his daughter, Gigi (who also died in the crash) rest in peace in heaven. 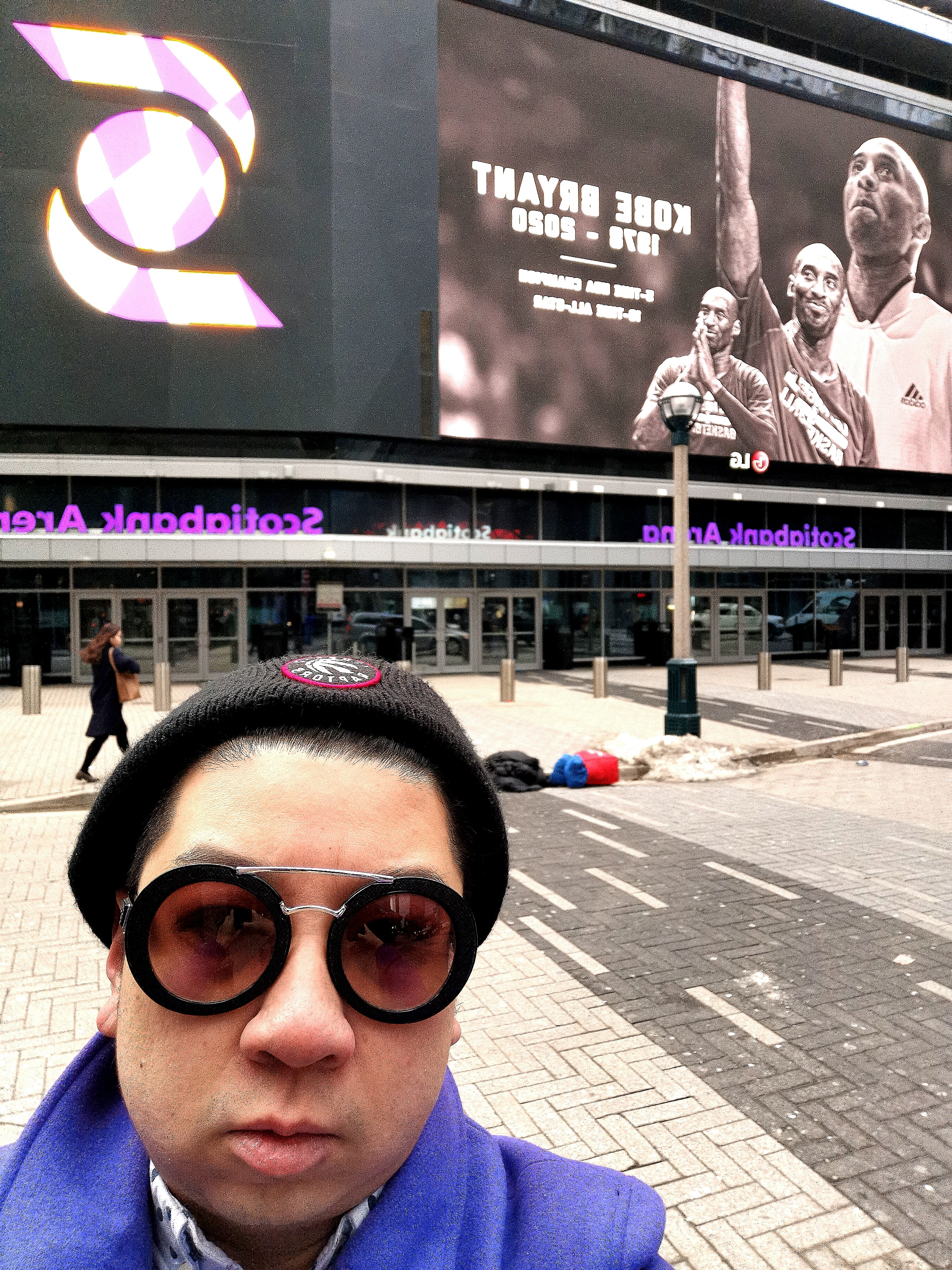