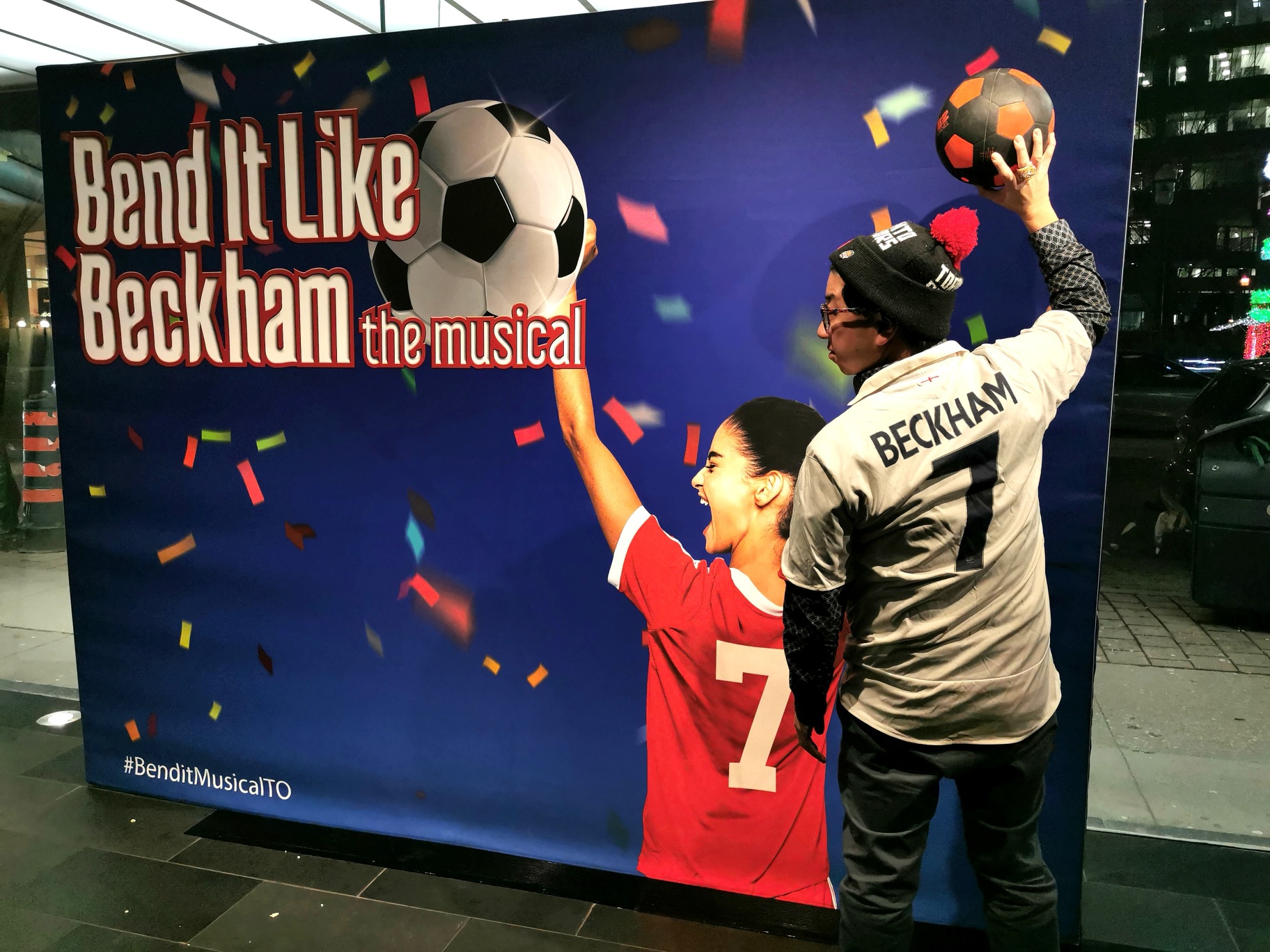 Bend it like Bechkam, the musical is now playing at the St. Lawrence Centre of Arts in Toronto, Canada.

In case you wonder if this is based on the smash hit movie “Bend it like Beckham”, you are absolutely correct. Just like the 2002 movie that was directed and written by Gurinder Chadhal, this musical is also written by Gurinder Chadha. The production team has selected Toronto as the destination for its North America debut. Before they chose Toronto, they were considering other U.S. cities, but with the multi-cultural and diversity in Toronto, the team decided that a launch of the musical in Toronto was the right fit.

There is just something special about this movie. I think mainly because this movie is original, there is nothing like it. It is a rare movie where the leading role is an Indian girl, it is a motivational movie that promotes girl power and interracial relationship. More importantly, mixing in soccer into a story plot and talks about cultural differences  is quite unique as there aren’t many movies that touches these types of topics. Fast forward to 2019, it’s still a kick ass awesome movie.

This past Tuesday, we were invited by the Starvox Entertainment to check out this musical on opening night. What a VIP treatment as our seats were located at one of the box suites overlooking the stage. We enjoyed the view big time! The space was cozy, there were only 4 seats in the box so it’s quite intimate.

When it comes to watching the musicals, I normally wear a dress shirt, a blazer and smart casual. But since this musical is based on the soccer player David Beckham, I thought it would be fitting to wear a David Beckham jersey with a dress shirt. And I got quite a number of compliments.

There was an intermission in between the show for us to stretch our legs, take a washroom break and buy drinks. Overall, the musical is pretty much the same story plot as the movie. The only difference is when the casts sing throughout the musical and it’s actually quite refreshing to listen to the casts sing. The stage at the St. Lawrence Centre of Arts isn’t super large but I love how the production team was able to utilize the entire stage and how to let the casts sing in front of the audience, meanwhile setting up the set quickly with smooth transition behind the curtains.

After the show, the casts were dancing on the stage, and some of them came down the audience area and dance with them, that was very cool. It felt like a real Indian wedding or a house party. Who would have thought that a soccer based movie could turn into a musical and it actually works! I enjoy the musical and highly recommend anyone to purchase tix to enjoy the show.

The Bend it like Beckham musical is playing at St. Lawrence Centre of Arts until January 5, 2020, so you still have time to purchase ticket and it’s also a great Christmas gift for your loved ones!

Please click here more INFO about the tickets and the show.

Bend it like Beckham, the musical was provided by Starvox Entertainment. However, as always, the opinions expressed in this post is entirely my own. 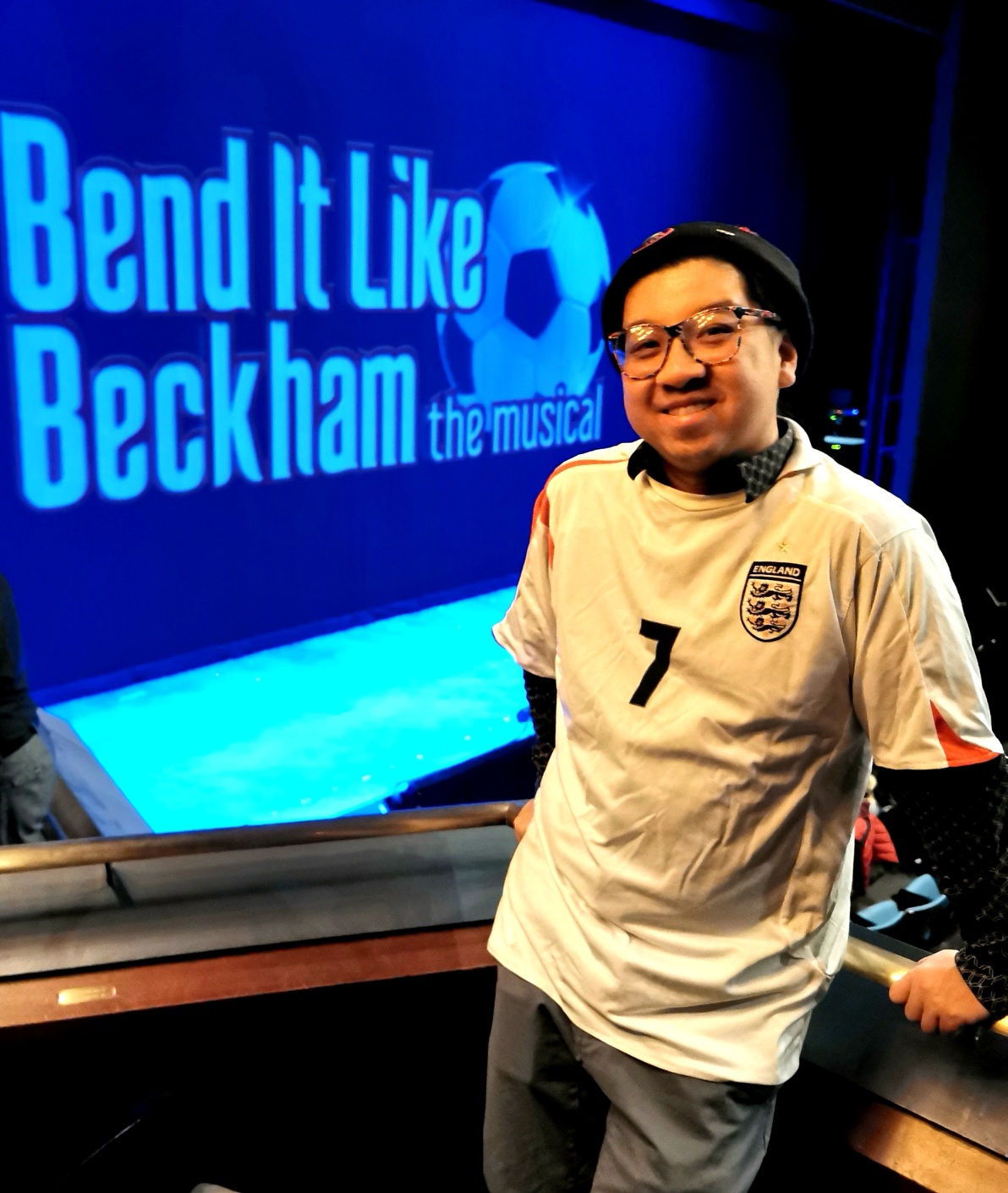 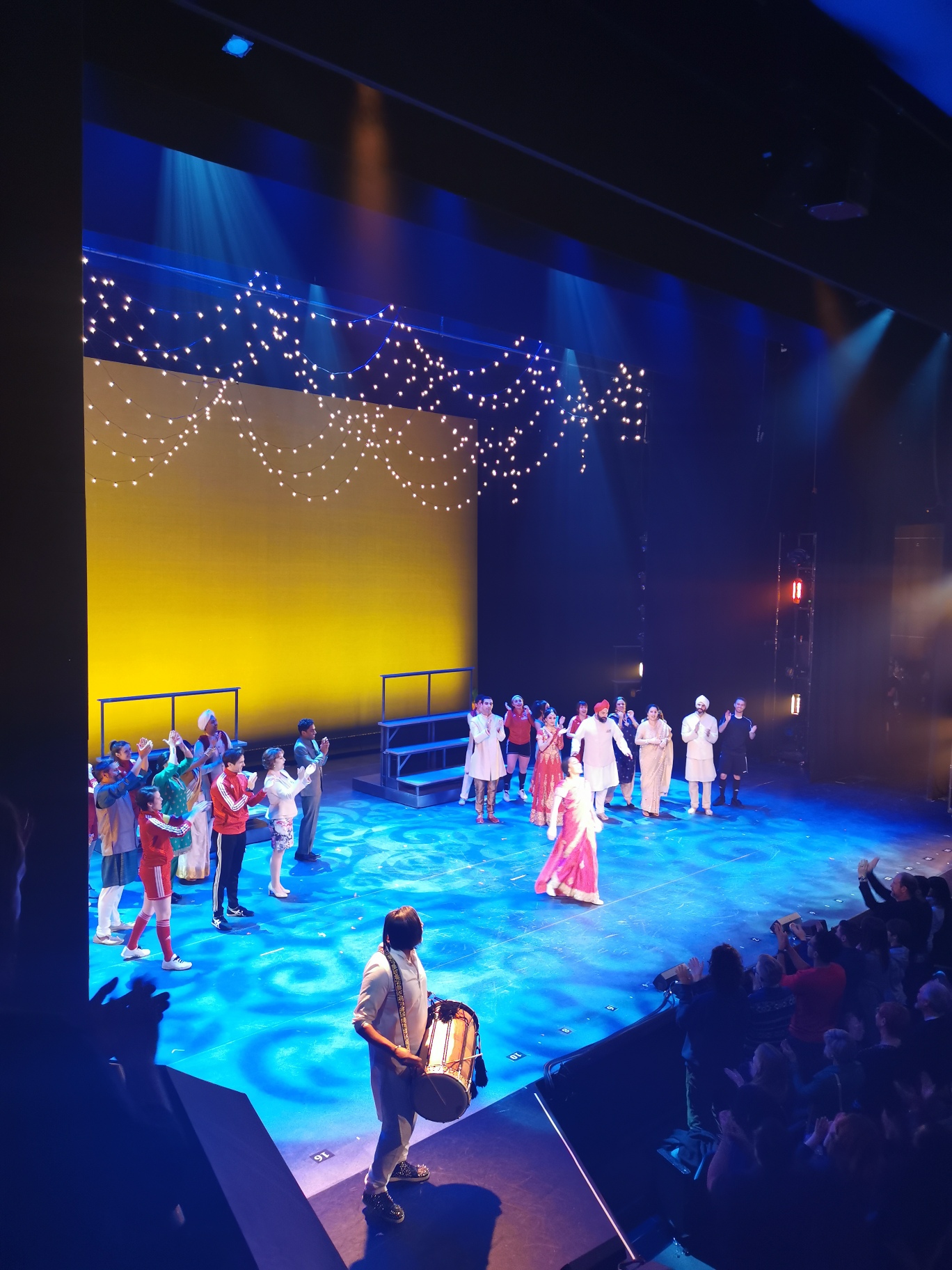