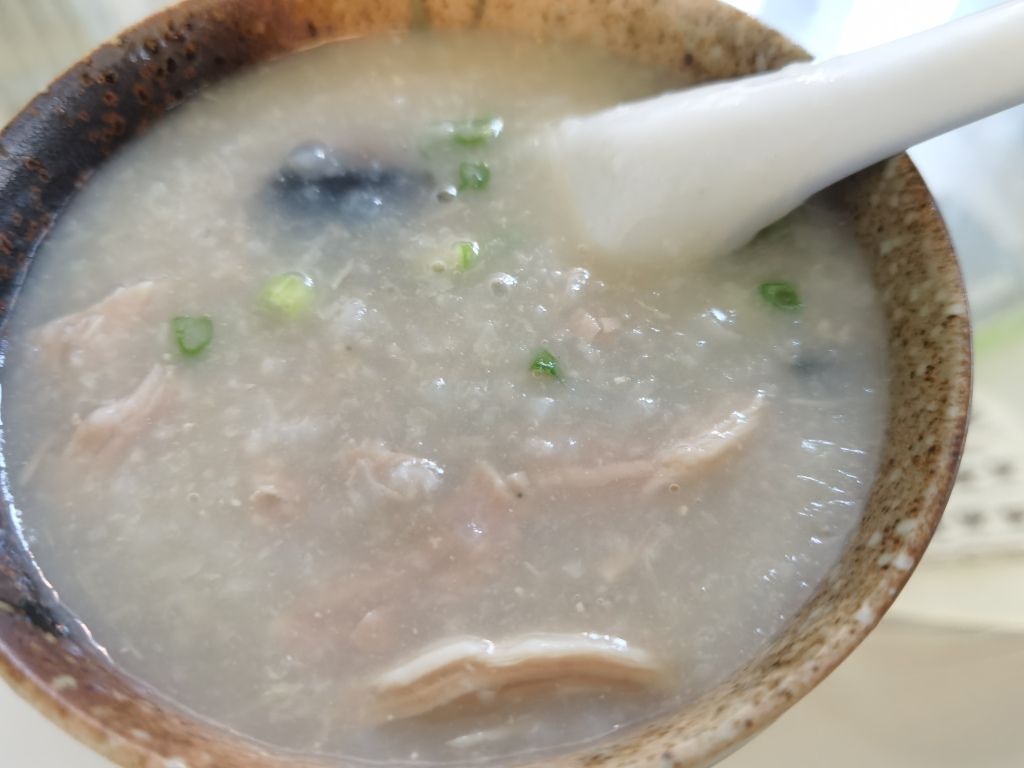 Chef Daddy luvs to cook at home and I luv his home made Century Egg Salty Pork Congee (皮蛋瘦肉粥). It’s comfort food and it’s 1 of my favourite.

Congee is rice porridge, simply put some rice and puts water and slow cook and  boil it. There are variety of congee and it simply mainly differed by the type of ingredients in the congee. Some luv seafood. Some luv minced beef and pork blood. I like Century Egg Salty Pork congee.

1. Chef Daddy luvs using pork meat that are thin and no fat. He put them in sliced pork meat. The KEY to his sliced pork is by putting salt and sprinkled them all around the meat. He leaves the pork in the fridge for a day to let the salt slowly marinated with the meat. Then, he takes it out to cook it and then put into the congee.

2. Crack those Century Eggs (皮蛋) opened, he usually use 2 or 3 Century Eggs and sliced them in 4 pieces each. The number of Century eggs that you used is really depends on how much you luv the Century Eggs.

3. When it’s ready to eat, put some chopped green onions on top of the congee. Not only it looks good, but you don’t want green onions to be soggy.

4. This is optional but if you want, you can fry some rice stick (aka fried ghost) and dip it into the congee. You can buy these rice sticks from many Asian grocery stores. It’s soggy in a package, you just need to use your Air Fryer at home to make it crispy again.

You can put grinded pepper powder or ginger, but it really depends on your taste buds and preferences. 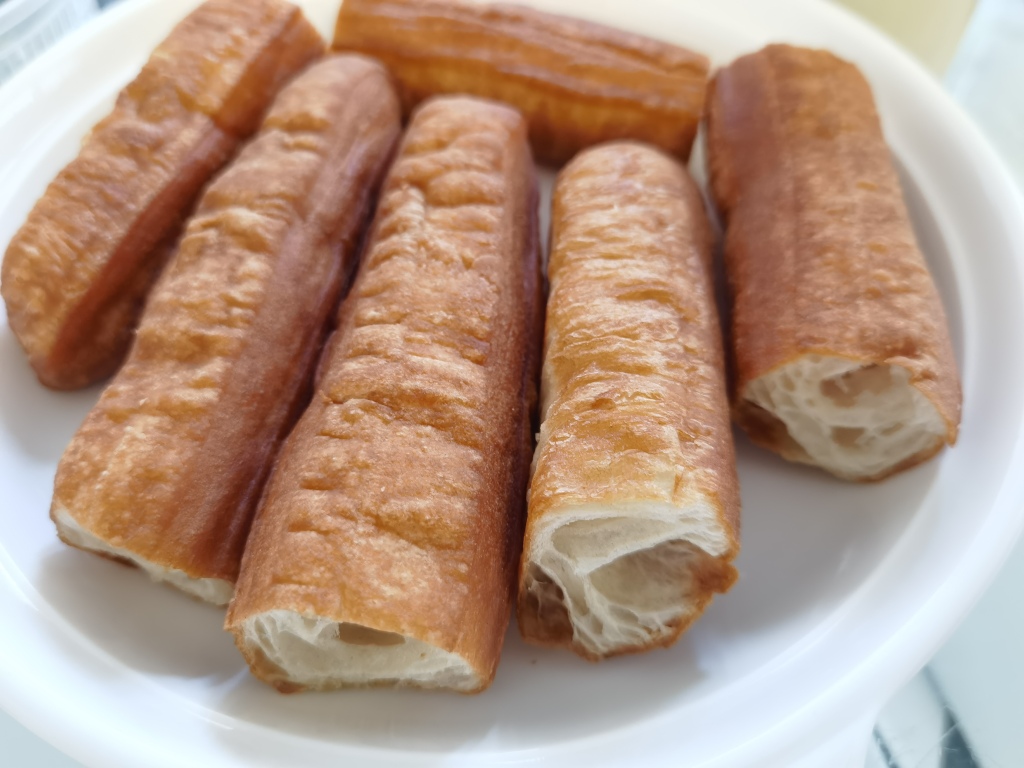 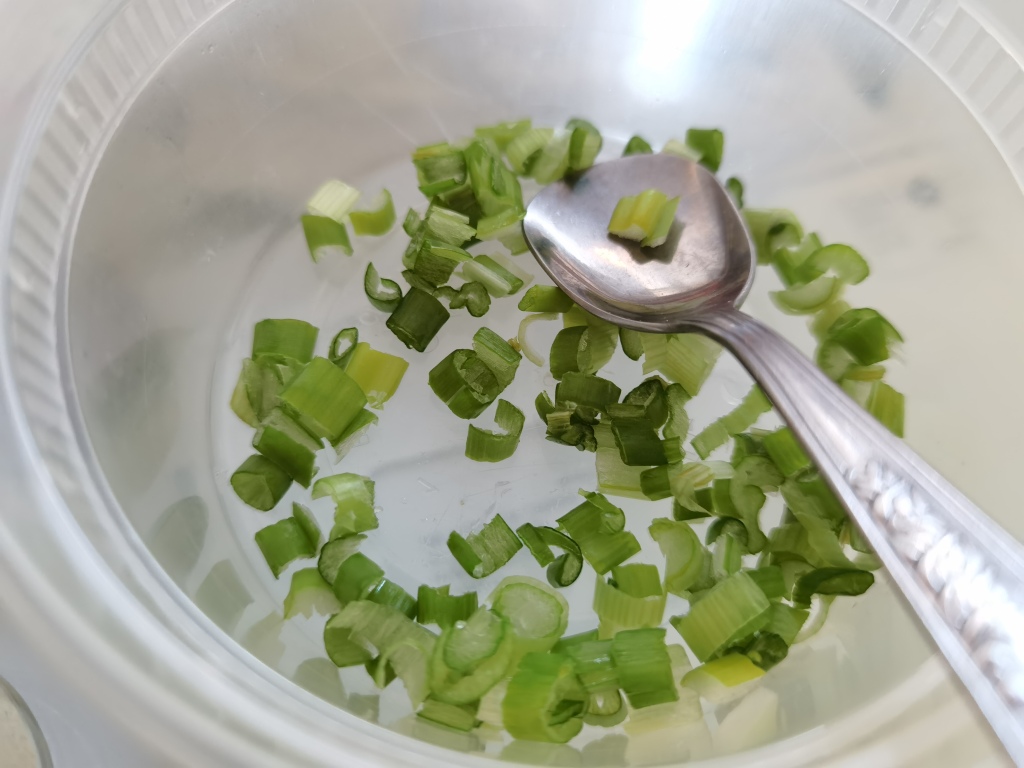 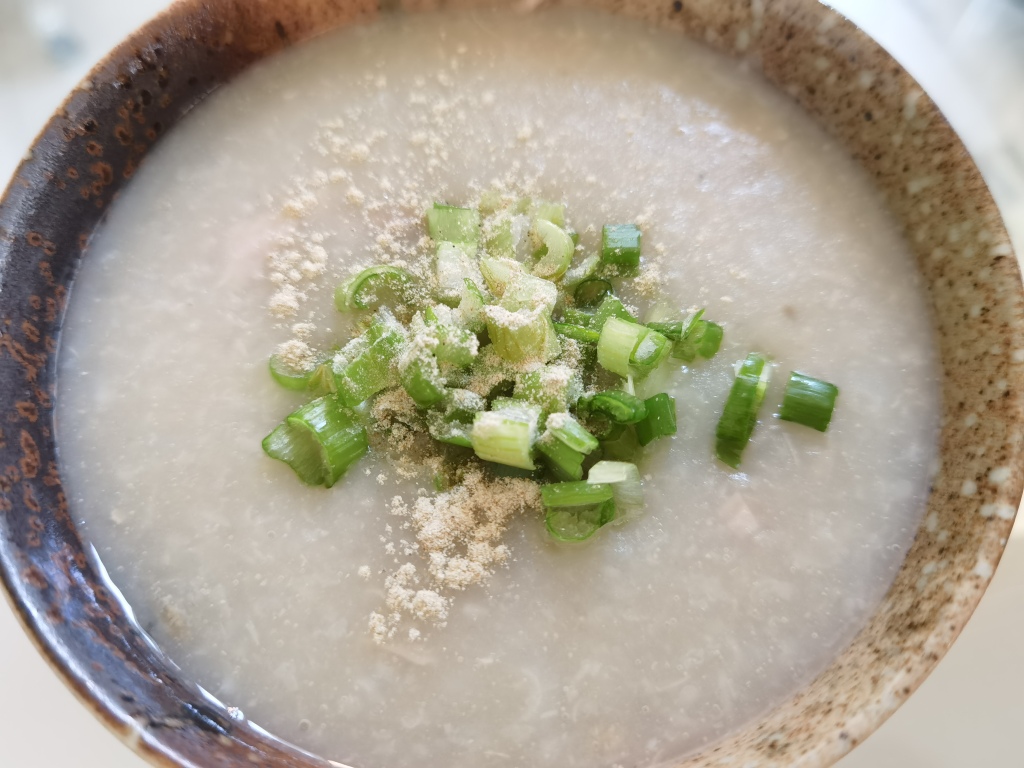