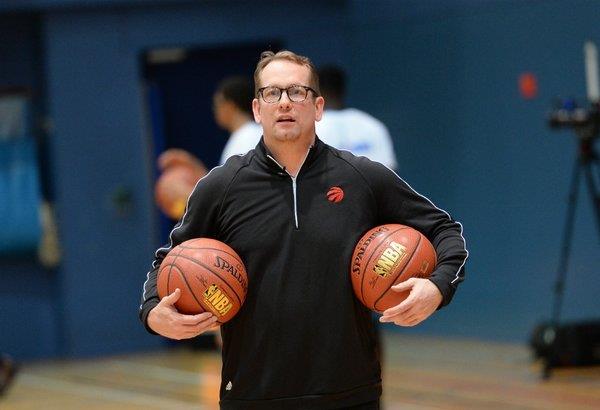 My followers from all facets of various social media platforms have informed me that the Toronto Raptors have decided to hire Nick Nurse as the new head coach. My followers wanted to know about my reaction and my opinion.

Doctor! We have a problem!

That’s how I would summarize my reaction.

Why him? Why Nick Nurse?

Honestly, this Nick Nurse hiring and the Toronto Raptors direction as a whole, now falls 6000% on Masai Ujiri.

Masai should have axed former Coach Dwane Casey a few years ago when the Raptors got swept by the Washington Wizards. Instead, Masai gave Casey numerous opportunities to right the ship and failed every single year. At the end, due to lack of team success in the playoffs, Masai fired Casey.

Although Masai fired Casey quickly right after the Raptors exited the playoffs but Masai was too slow to sign Mike Budenholzer as he opted to sign with the Milwaukee Bucks instead.

After Budenholzer signed with the Bucks, Masai was basically left with not much coaching candidates to work with. Most are assistant coaches have no experience. But to hire Nick Nurse? Why? Why him? No disrespect to Nick but we need a new voice, an outside voice to inject new life in this team and I don’t think Nick Nurse is the right personnel.

MoVernie QUESTION: In the Raptors franchise history, the team tends to like to promote assistant coaches within, they hardly go out and make a splash to hire a proven, experienced head coach that can guide the team to the next level. Out of all the former Raptors coaches, Raptors only hire Lenny Wilkens as the only experienced, big name coach who guided the team to its first playoff series. Why? I know MLSE is too cheap to spend top $ on experienced coaches, but you can’t expect great success with inexperienced assistant coaches.

Here are my reasons why signing Nick Nurse is NOT the answer to guide the Raptors:

1) Raptors need a brand new voice. The players need an external personnel who can come in with a new voice, new mindset, new creative plays, experienced, accolades and guts to push the existing players to the next level. Nick Nurse has been with the team since 2013, players are used to him, so he is bringing the same old shitty voice that didn’t work in the past few years of playoffs. How does Masai expect anything different from the same personnel?

2) Media and others claimed the “Cultural Re-set” offensive plays were designed by Nick Nurse. Well….the Raptors got swept by the Cavaliers and none of the cultural re-set were on display during the entire playoffs, which means whatever Nick’s had designed were suspects and flawed and unproven.

3) Nick Nurse comes from the same cloth as Dwane Casey, hiring Nick Nurse makes absolutely no sense with the firing of Dwane Casey.

4) If Nick Nurse was the ideal choice, it wouldn’t have take Masai that long to hire him.

5) Nick Nurse is a nice guy, but I don’t think he has the experience, the guts to challenge our existing players and the fire to elevate this team to the next level. We will continue to be a soft team, which is a major problem with this team both physically and mentally.

I totally understood there weren’t many choices out there, that’s why Masai should have “Go Big or Go Home”. He shouldn’t play safe yet again, instead, he should hire something out of the ordinary, think out-of-the-box, perhaps signing Becky Hammon to become the 1st female NBA head coach, or sign a college coach that has some flare like Brad Stevens, or hire an Spurs Assistant Coaches or just hire any external human body.

Overall, hiring Nick Nurse isn’t the answer and I have no hopes that the Toronto Raptors can go far with the same offensive plays, same personnel, same vibe and culture.

This hiring is on Masai.

When is Masai going to be a man and build a team that he calls his own? He is continuing using the players that Bryan Colangelo had left behind. From Kyle Lowry to DeMar DeRozan, to Jonas Valanciunas to hiring coaches.

Masai – BIG mistake, your are now officially on the HOT seat! This Nick Nurse hiring is on you! And I maybe boycotting the Toronto Raptors by not going to any regular season games. Unless a sponsor gives me free tickets, then I may consider coz I ain’t pay for this non-sense no more.

Is Masai going for “Cultural Re-set 2.0 by hiring Nick Nurse”? No worries, there won’t be no next time, coz if it fails yet again, Masai will be gone.