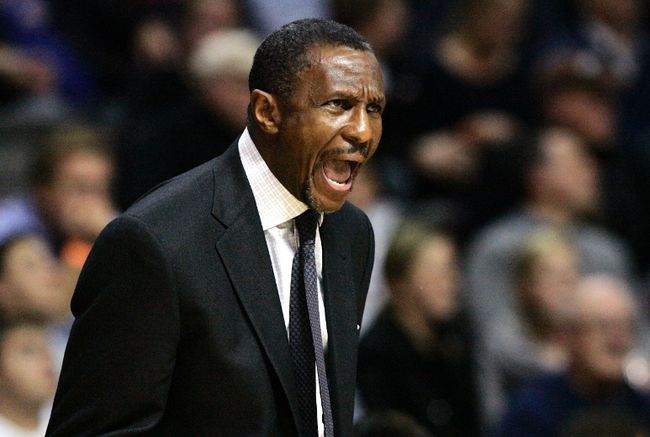 I have a number of media people, friends and followers asking me why I hate Raptors Coach Casey so much. I would like to clarify that I wouldn’t use the word “Hate”, coz I don’t hate the guy, I just dislike his coaching style and don’t think he is a good enough coach to bring this team to the next level, that’s all.

I don’t hate Coach Casey, in fact, I met him a number of times, he is a true gentlemen and a great guy. But we have to understand that there is a difference between a good guy and the right guy for the job. On paper, we are a good team, I feel strongly that we have the pieces to go deep into the playoffs and we didn’t need to go 7 games against mediocre teams if we have a more playoff experience coach.

My peeps were like, “Bro, you always say good things and always want to inspire other people. But whenever it comes to the Raptors and Coach Casey, you are not afraid to voice your displeasure and you seem quite passionate about it.”

I have friends asked me, “So…why are you hating on a guy who is the Raptors franchise most winningest coach?”

I wanted to list out the reasons of why I dislike Coach Casey’s coaching style and I wanted to write about this long before the NBA playoff is over.  That’s because 3 years ago, I dislike Casey’s coaching strategies, there were never any creativity and no improvement over the years. I don’t want peeps to mistakenly think I dislike Casey now coz of some losing streaks or the Raptors badly performs during this playoffs. 3 years ago, Coach Casey should have let go but President Masai Urijri bailed Casey over and over again, such as the trade for Serge Ibaka to help improve the basketball team.

1) President Masai Urijri has bailed Casey’s over and over again. Numerous times, the team could have done better, Masai just throw in more players. A few months ago, when Kyle Lowry made a cryptic statement that he knows how to fix the problem but he won’t say it, knowing he will get in trouble. That cryptic statement was hinting that Raptors should fire Coach Casey. Kyle’s statement came after the Raptors lost to the Detroit Pistons who made a comeback win at the buzzer beater and the Raptors were on a losing streak. Guess what happened? Masai went out and traded for Serge Ibaka to stop the bleeding. That buys Casey’s more time to remain as the Raptors coach.

2) A good coach is supposed to gel and make the players better, draw plays that elevate the potential of the players. The arrival of Ibaka is supposed to make everyone better and makes every player useable. Instead, Casey uses less of Jonas V and uses less of Patrick Patterson and goes small. Numerous times, we got burned by playing small and out rebounded comes crucial time. Coach Casey shouldn’t play Ibaka at the expense of fewer minutes of Jonas V and Patterson. Or else, what’s the point of trading for Ibaka if he makes other players less effective?

4) Some peeps argued, “Wait! But how could you be mad at the Raptors franchise winningiest coach?” Honestly, no offense, being the most winningest coach is nice, but that means nothing if you can’t bring the ultimate prize, “The Championship” back to Toronto. Besides, with so many losing seasons from the Toronto Raptors history, it’s not that hard to be the winningest coach. If Casey coaches the LA Lakers, Boston Celtics, Chicago Bulls, then I would respect the winningest coach title, otherwise, it’s like you telling me Coach A is the winningest coach for Sacramento Kings. (Do you get it?)”.

5) On paper, we have no excuse to be playing slopping defense or down by 15 to 20pts and needed to claw back to win a game. We have way more weapons and players who are capable on a consistent basis to win games easier. It pisses me off when teams such as Miami Heat, who has no Lebron, no Wade, no Bosh but yet fighting to earn the 8th spot with just Gragic, Whiteside and guys like James Johnson.

6) Speaking of James Johnson, every time he scores and plays well, I am happy for him but I am pissed off at Coach Casey. Twice, James plays for the Raptors, yet the personal beef Coach Casey has on James Johnson doesn’t earn JJ any playing minutes. JJ can shoot 3’s, defend, bring the ball up, pass and rebound, steals the ball, as evident on his resurging role with the Heat.

In any workplace, you don’t have to like everyone, but don’t let your personal bias affect your professional judgement in the workplace. Think “Team” and not “I”.

7) Name me a starting centre in the NBA right now that will get bench in the 4th quarter? Raptors Jonas V, numerous times, who has a good free throw %, offensive and rebounding game, is sitting on the pine when the game is on the line. Meanwhile, guys will poor offensive game or free throw % such as Pistons Andre Drummond or DeAndre Jordan gets to play 4th quarter. Despite registering many double double in the first half, JV still often being seen sitting on the bench. Coach Casey is slowing down the development of JV. I see JV can be a beast in the NBA and he just needs more touches and opportunities. It’s time to unleash the beast!

8) Coach Casey has predictable set plays after every time out. It’s either inbound to the back court, burn the time and come up with a stupid 3pter attempt. Or after a time out, do an ISO play at the left corner key where DeRozan will take a difficult fade away jumper. What kind of predictable after time out ISO play is that? Defenders know exactly what is coming from the Raptors.

9) Many questionable substitutions and bad rotations instilled by Coach Casey.

10) Coach Casey doesn’t have the in-game ability to make the necessary adjustments against the opponents. While the opponents have already made adjustment against us, we continue to follow our old game plan.

11) Remember the playoff series vs the Washington Wizards? We got swept, Coach Casey didn’t make any adjustments, throwing the same shitty plays for 4 games, and not much starting lineup changes either. That was the final draw for me, how can you continue to throw the same crap over and over again and didn’t make any improvements and how do you expect to win a game?

It doesn’t matter who we play, whether it’s the Atlanta Hawks, Milwaukee Bucks or Chicago Bulls, the result is the same. We have all the pieces on paper and we look good as a roster, but whoever we play, we will be lucky to escape round 1 of the playoffs. It’s going to be a hard fought match up.

My prediction? We will win 1 round and then get kick out of the 2nd round. We will find out what’s the outcome will be!

There you have it, these are the numerous reasons why I dislike Coach Casey’s coaching style. I strongly feel we have all the right pieces but Coach Casey under utilize these players. Many of these players could grow and play to the next level, yet they aren’t given the right opportunities. If Coach Casey loves ISO plays so much, I think we should trade him to the New York Knicks so he can coach Carmelo Anthony, who is a big fan of ISO plays.