Yes, I caved in to watch Bridgerton just wanted to see what’s all the buzz was about on social media and entertainment articles. I must admit, it’s a great show.

One of the important and interesting element in the show was a fictional character, “Lady Whistledown”, she is a narration throughout the entire show and but plays an important role who reveals scandals, secrets and exclusive behind-the-scenes stories of all the high society people with print out newspapers in the show. This style of narration reminds me of the other hit show “Gossip Girl“. Only difference was….you get to know who is Lady Whistledown at the end of season 1. Meanwhile, for gossip girls, it reveals the character after 8 seasons of the show, that’s quite a long wait. LOL 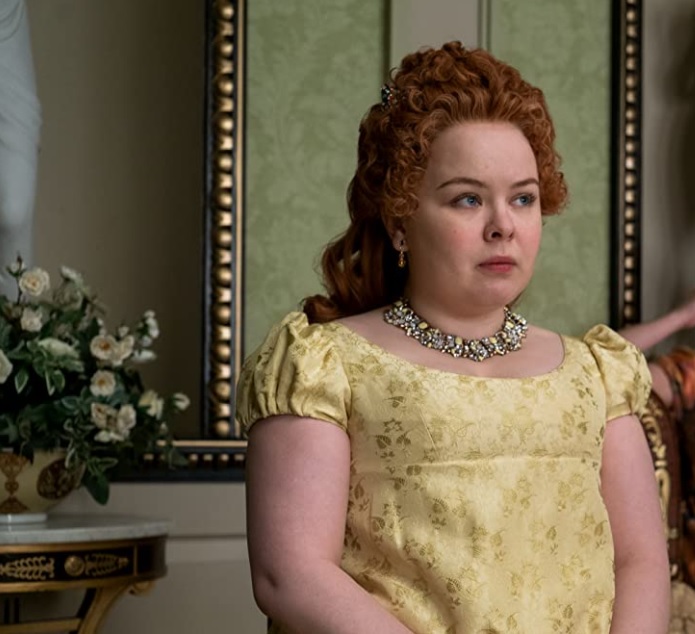 I know the director and the writer tried to give the viewers a number of suspicious characters to lead on thinking she is Lady Whistledown. For example at one point, it leads us to think that Madame Delacroix from the clothing store could possibly be Whistledown. But at the end of episode 8 (last episode in season 1), the real deal was revealed: Penelope, a.k.a. Lady Whistledown, in her carriage on the way to the press.

But I knew it was Penelope Featherington all along coz as I break down and analyze, this person has to be in the Bridgerton or Featherington family circles in order to know every detail of their lives. You can’t possibly know everything by just attending the VIP parties or the social events. The clue that did it for me was…when the newspaper of Lady Whistledown revealed that Marina Thompson is pregnant and she wants to fraud and trick Colin Bridgerton into marrying her. At this point, I knew it was Penelope coz she luvs Colin and she was not happy to see Marina going to trick Colin and also she doesn’t want to see her luv being married to Marina. And besides, there aren’t many people who knew about Marina’s pregnancy, even the Bridgerton family wouldn’t know that. So, it has to be one of the Featherington family members.