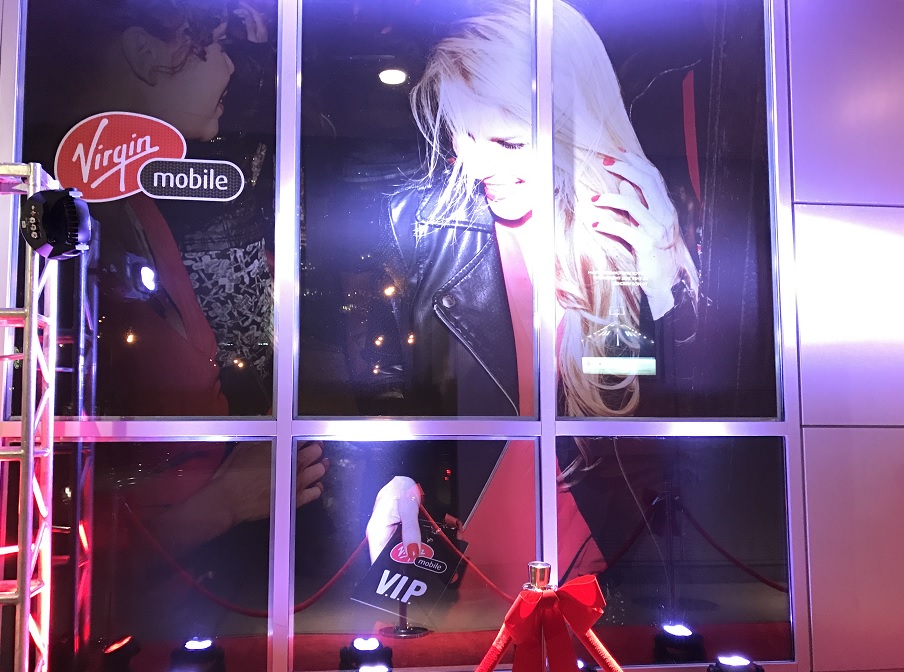 This past Friday, I had a chance to cover iHeartRadio Jingle Ball Concert that was held at the Air Canada Centre (ACC). The first time I heard about iHeartRadio was a few years back when Miley Cyrus and Taylor Swift were performing at different iHeartRadio concerts in different U.S. cities. What I remembered back then were the cute “little red hearts” on various advertisements and commercials and the quality of the performers who were performing at these iHeartRadio concerts. That’s how I heard about them.

So, iHeartRadio is an internet radio platform that broadcasts various genre of music online. It was founded in April 2008 and is owned by iHeartMedia. And it grew bigger and bigger and in 2011, it hosted its first iHeartRadio Music Festival. And in 2014, it hosted its first ever iHeartRadio Music Award. And in January 2016, iHeartRadio services expanded into Canada as part of a licensing deal with Bell Media. Hence, we got to witness history with iHeartRadio first ever concert being held in Canada, which was this past Friday, November 25th in Toronto at the Air Canada Centre. History was definitely made!

I would like to thank Bell Media PR for giving me access to cover this special event. I went to Gate 2, through the red carpet line organized by Virgin Mobile and accessed into the ACC to pick up my media pass.

Question: Have you downloaded the iHeartRadio app yet? If you haven’t, you should! Coz there are lots of goodies in the app. Don’t miss out! 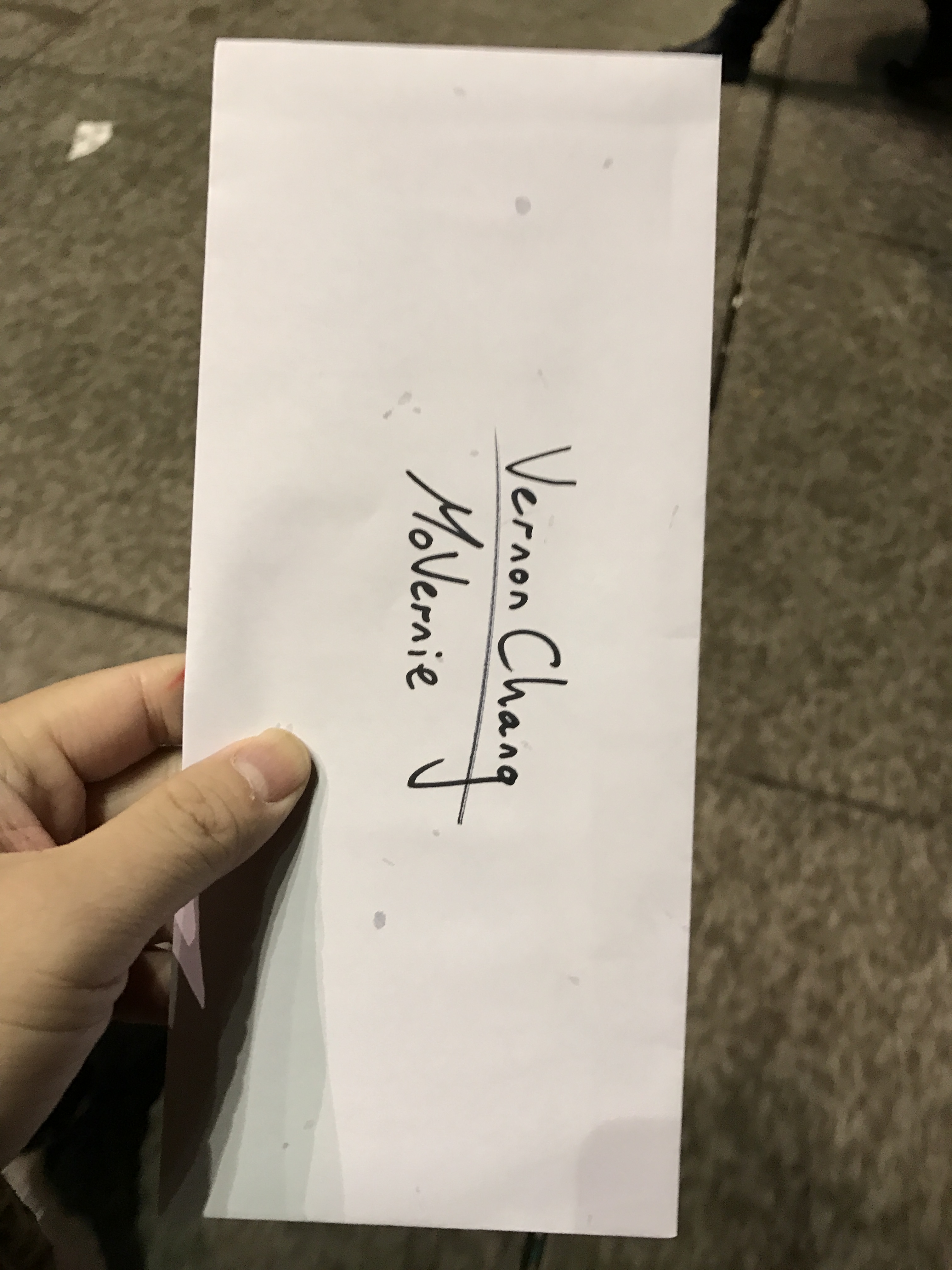 I got to give props to the Bell Media PR Team, they spelled my first and last name correctly. Better yet, they also included my social media stage name, which is “MoVernie”. It may sound simple to you, trust me, I had covered numerous events, and many times, other PR teams for other events either don’t have my name on the list or they simply misspelled my name completely, so having my names all spelled correctly is a huge bonus! 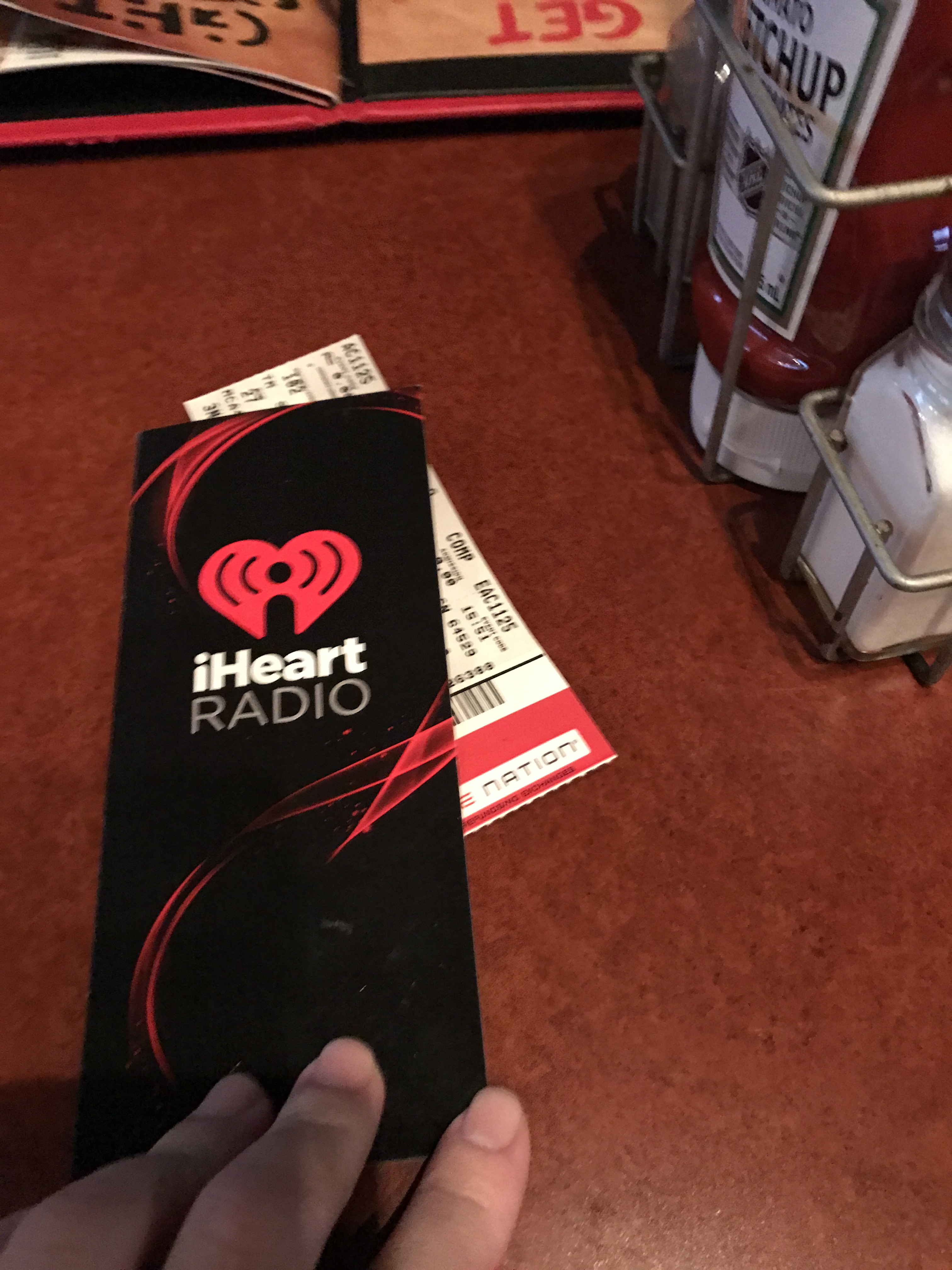 Moment I walked into the ACC, you could see the usual ground floor seats, followed by the typical ACC seats. The centre stage was on the other end of the building. I was quite impressed how jam packed the ACC was, filled with exciting fans from all ages and demographics. It’s a concert for all ages and you could see some parents accompanied their children. I would say most children were at least 10 years old, the typical age when the children are entering the teenage years and starting to follow celebs and enjoyed music and other types of entertainment.

My seats were facing the main stage on the other end of the floor, grouped among with other media peeps, so I saw a number of familiar faces. Kardinal Offishall (aka Kardy), who is a big supporter of the Canadian music industry, was the MC for the concert, along with the talented “Starting from Scratch” spinning great beats in between sessions. Serena Ryder, a Canadian talent, kicked off the concert and then followed by Belly, who performed his latest single called “Ballerina“. I really like this song. 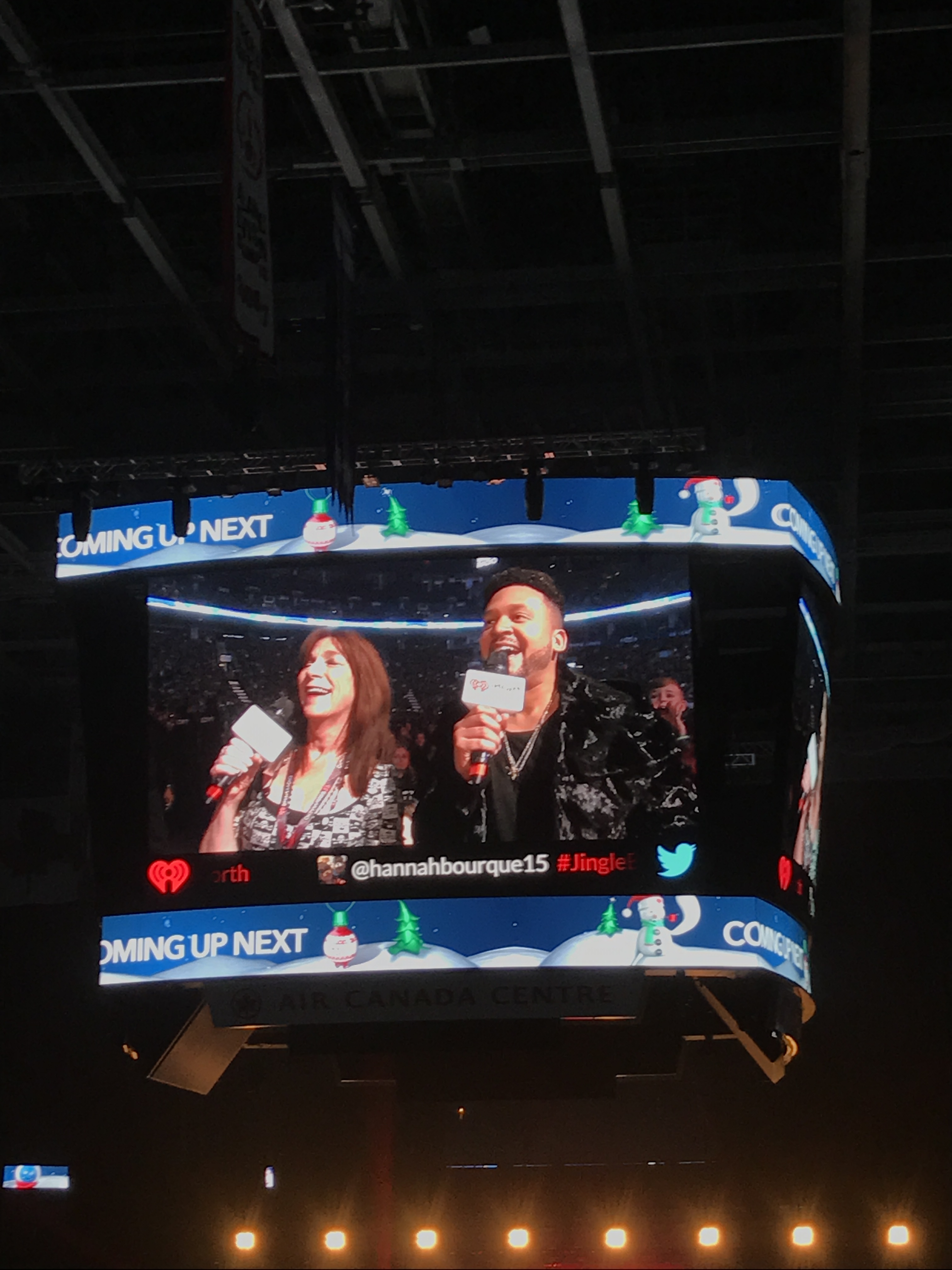 Niall Horan, a member of the One Direction, came out to the stage and greeted the screaming fans. I got to say, he got one of the loudest cheers and screams from the entire night. He performed his latest single called “This Town“. It’s a slow song that is very soothing and relaxing to listen to. And if you pay attention to the lyrics, it’s a very beautiful piece. What’s special about Niall was that he flew into Toronto just to perform this song as he is still currently creating and writing new songs but he promised he will be back to Toronto in the near future and will have more songs to share with his fans.

Click here to check out more Niall Horan‘s photos that I took at the iHeartRadio Canada Jingle Ball. 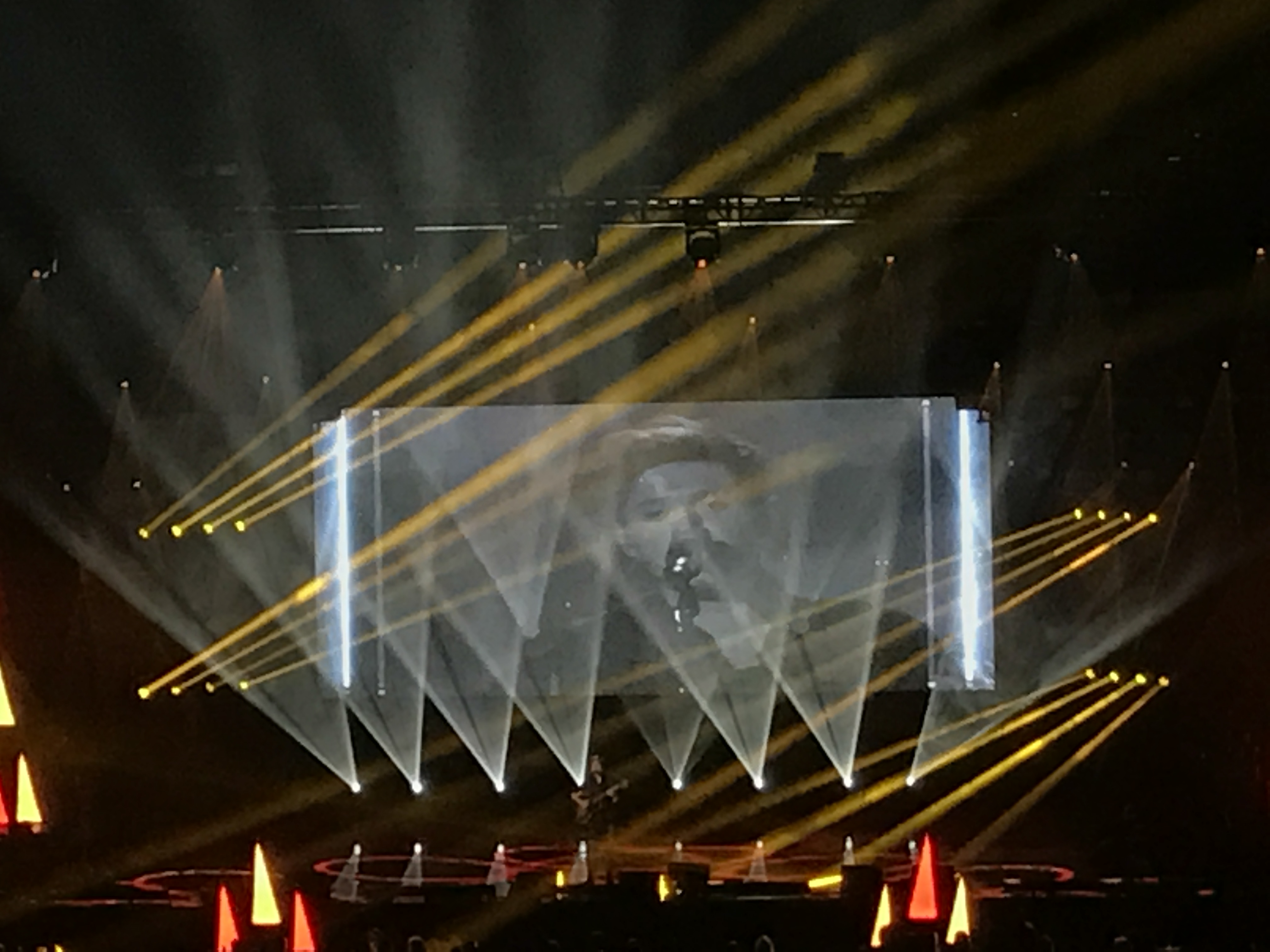 Special shoutout to the hardworking stage crew who consistently had to set up the stage in between performers. It’s ain’t easy to setup everything perfectly when time is tight. So, props to the staff for making the stage setup so smoothly at the iHeartRadio Jingle Ball.

Another Canadian sensation came on the stage, this time, it was Alessia Cara, from Brampton, Ontario, definitely “905” represents! She performed a number of her latest hit singles, including her smash hit “Here”. The song that I really like and has been hitting up the charts is “Scars to Your Beautiful“. The lyrics and the song is such a beautiful piece. Furthermore, it brings a positive message to everyone out there to stay the way they are and don’t let anyone tells them what they should look or do. Aside from constantly listening to other artists from around the world swearing in their songs or bringing negativity in their songs, having Alessia singing her hearts out with “Scars to Your Beautiful” was a welcoming experience!

Click here to check out more Alessia Cara‘s photos that I took at the iHeartRadio Canada Jingle Ball. 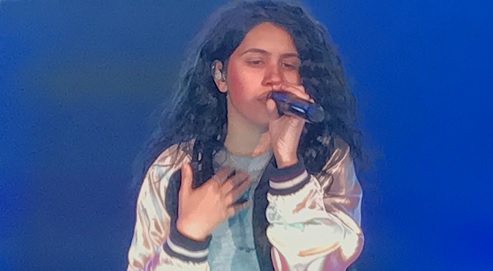 Alessia Cara – Scars to Your Beautiful

After Alessia Cara, in came another mainstay Canadian Band, “Hedley“. I am a BIG fan of them. This group, lead by Jacob Hoggard always evolving and always coming up with great song direction. They never stuck with the same song theme, they continue to create and continue to surprise their fans with great music. Jacob, as usual, brought his 200% energy on the stage and hype up the crowd with his jumpy moves. They definitely came and said “Hello” to their fans.

Click here to check out more Hedley & Jacob Hoggard‘s photos that I took at the iHeartRadio Canada Jingle Ball. 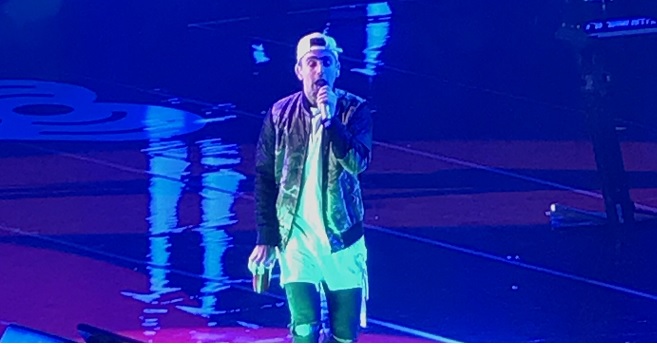 In a surprising turns of things, I didn’t expect the ever popular Shemar Moore at the concert. He was hilarious as usual. He told the crowd that he was being asked to kill time and hyped up the crowd for a good 2 minutes so the crew can set up the stage for the next performer. His presence definitely lightened up the crowd, especially the “Baby Girls” as he called them. Moment I tweeted a picture of him, I got text messages and comments on Twitter and Instagram. That’s how crazy ladies have for this man! 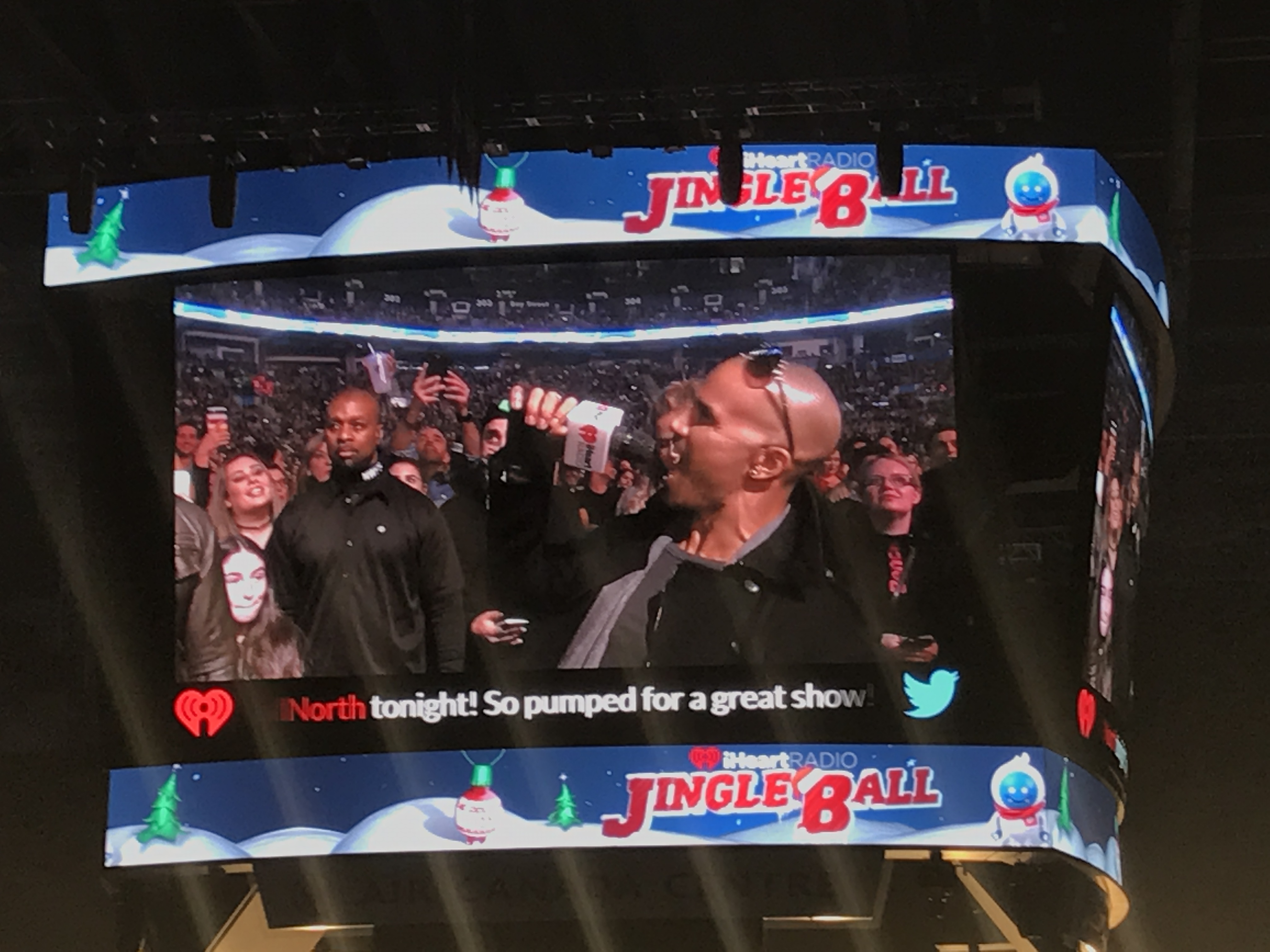 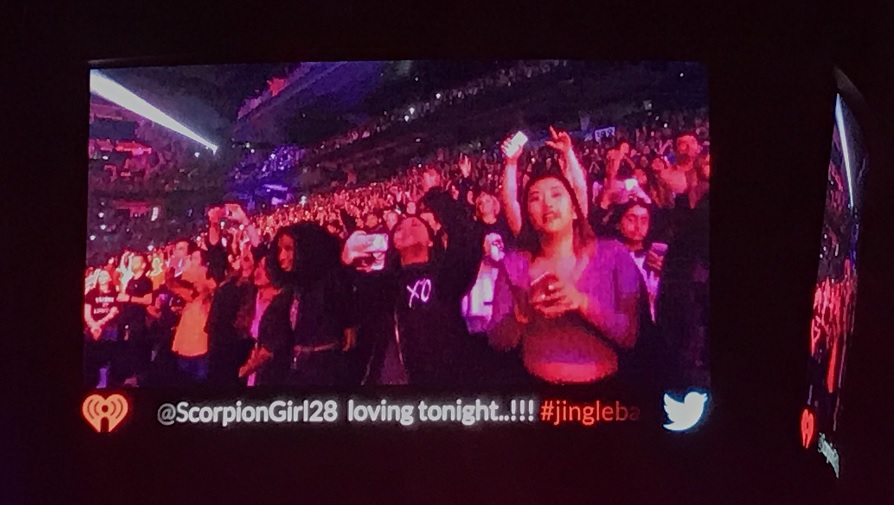 Fans were having a great time at the inaugural iHeartRadio Canada

The Chainsmokers was the band that I wanted to see the most. It’s crazy that they have just rised to popularity in less than 2 years and it’s incredible how good their music are. The lyrics, the sounds, the beats and sometimes I wonder how they select the artists for the right song! Now that’s talent!

However, before this performance, I was a bit curious on how they are going to perform as I know they are DJs, they are more about mixing beats in a EDM setting than singing LIVE. But the moment they came out onto the stage, worries were over as I was impressed how well they put everything together. The lights, fireworks, smoke, the DJs mix and the live performance. They did a great job! They really got everyone in the building connected and standing up and dance the night away!

Click here to check out more Chainsmokers‘ photos that I took at the iHeartRadio Canada Jingle Ball.

And last but not least, the headliner and our Toronto home grown talent, the Weeknd came out and brought the house down. What a beautiful voice! He can surely sing LIVE. He mastered every single song! And better yet, he decided to choose the same day to launch his new album titled “Starboy“, which the crowd got a taste to hear him perform one of his new tracks from the album LIVE. What a treat!

Click here to check out more Weeknd‘s photos that I took at the iHeartRadio Canada Jingle Ball. 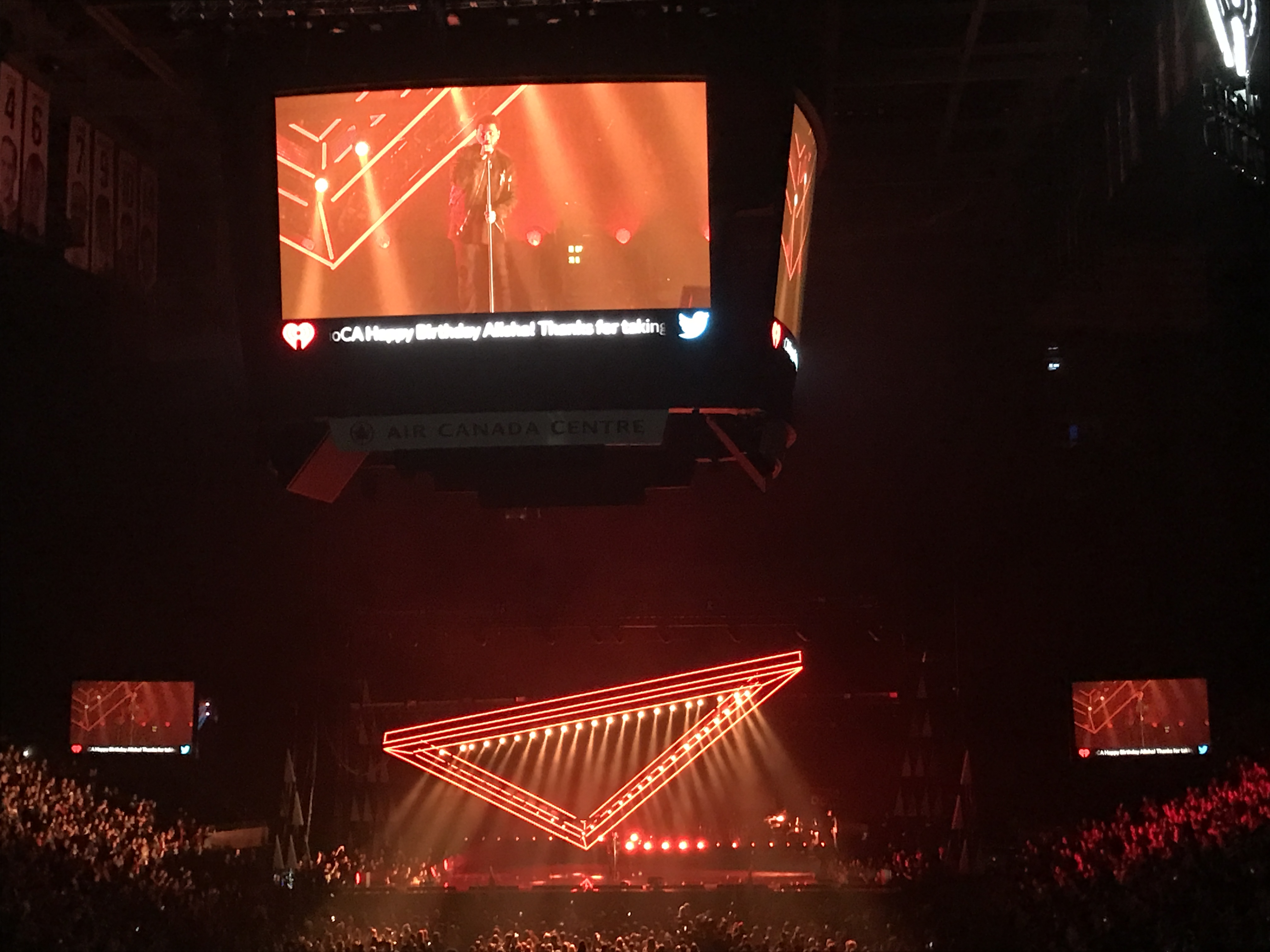 Overall, iHeart Radio Jingle Ball was a success! A lot of my followers asked me if it is a concert that worthwhile to purchase tickets for next year. Without any hesitation, after watching to the first iHeartRadio concert,  I highly recommend it. It’s a concert fill with talent. How often you get to see so many solid performers in one concert? Performing their hit singles and latest new tracks?

Normal concert lasted about 2 hours, for iHeartRadio, it’s about 4 hours long (including in between stage setup), but I loved the pace. It’s a good pace, you have time for washroom breaks, bring your children to buy popcorn or pops and you still have enough time to get back to your seats without feeling rushed and don’t have to walk in total darkness to try to find your seats. I also felt the iHeart Radio concert felt very safe and it’s suitable for young children over 10 years old or in their teenage times. There aren’t many peeps who were rowdy or intoxicated. Overall, everyone behaved and everyone had a good time.

I hope iHeartRadio will come back next year in Toronto and continue to expand to other parts of Canada such as Vancouver, Calgary or Montreal and other lovely Canadian places so more fans get to enjoy iHeartRadio concerts. Next year, I hope to see more stars performing at iHeartRadio Toronto. I think Canadian Shawn Mendes, Selena Gomez, 21 Pilots would be some nice selections. I could only dream!

Thank you iHeartRadio Canada and Bell Media PR for having me. I am still relishing the good moments from the concert! 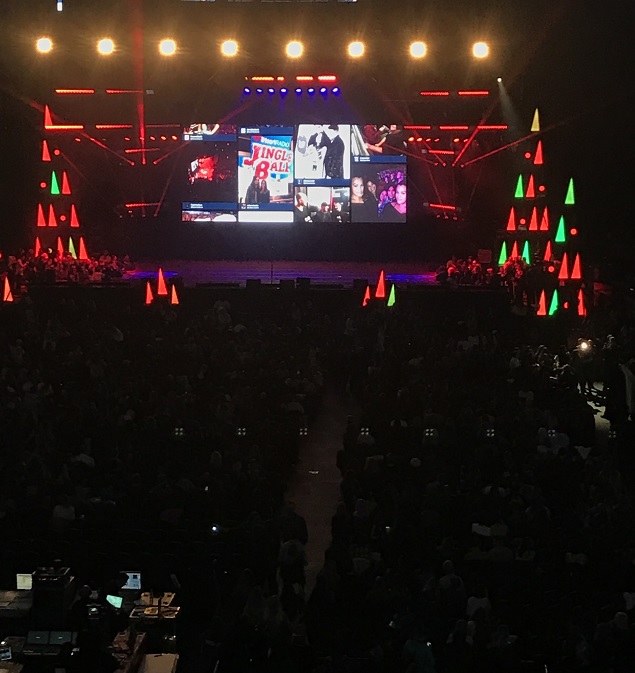