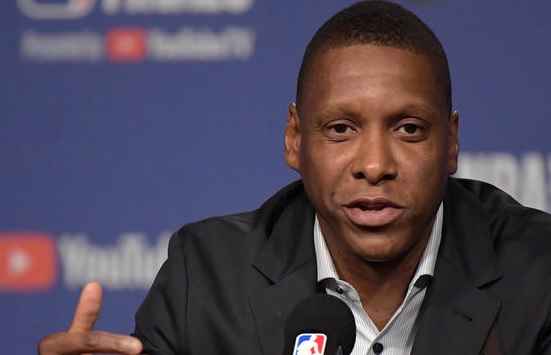 Tomorrow is the 2020 NBA Trade Deadline and Raptors fans are asking me if our beloved Toronto Raptors will do anything substantial. We know President, Masai Ujiri, as published by other credible sources, that he said “We’re going to die trying’”. But the reality is….it’s ONLY worth die trying if there are players out there who can significantly help elevate the Raptors to the next level and be a champion again. Unfortunately, not to burst any bubbles, I just don’t see any good pieces out there who are available that will be a good fit for this team. With so many teams still think they can squeeze into the 7th or 8th spots, there aren’t many teams who are sellers.

Prior to the beginning of the regular season, I could see Norman Powell as a trade bait. However, Norm has shown us that when healthy, he is a productive player. In fact, he has shown us that he can produce 20+ points for a long stretch of games. The only factor that will prevent him from being great is his health, for some reason, he is injured quite a few times. Thus, there is no point to give up Norman just to get another player who may or may not be as good as Norman.

At this point, I don’t expect the Toronto Raptors to make any significant trade. I really don’t. Most of our core pieces are playing well this year, so I don’t expect Masai will make any trades. The only route to improve our team maybe signing a few veterans who maybe bought out by their respective teams and may want to sign here with the Raptors. For whatever reasons, seem like the veterans prefer to sign with other playoff contenders and wouldn’t sign here as a bench player. I really hope we can sign a few veterans such as Jamal Crawford, perhaps another big centre who can protect the paint in case Marc Gasol is injured or in foul trouble. At times, Serge Ibaka is a bit undersized against bigs like Anthony Davis or Brook Lopez. Chris Boucher is lengthy and athletic, but he is a bit lanky to guard bigger sized front court players.

The ONLY Raptors I want the Raptors to trade away is Patrick McCaw. I think his defense is ok, not as good as what Coach Nick Nurse consistently advertised. And McCaw is a liability on the offensive ends when he constantly passes up on good looks as he has no confidence to shoot the damn ball.

Anyhow, what do you think will happen for the Toronto Raptors during the trading deadline? Will they make any significant trade or surprising trade?

Let me know. I want to hear from you.