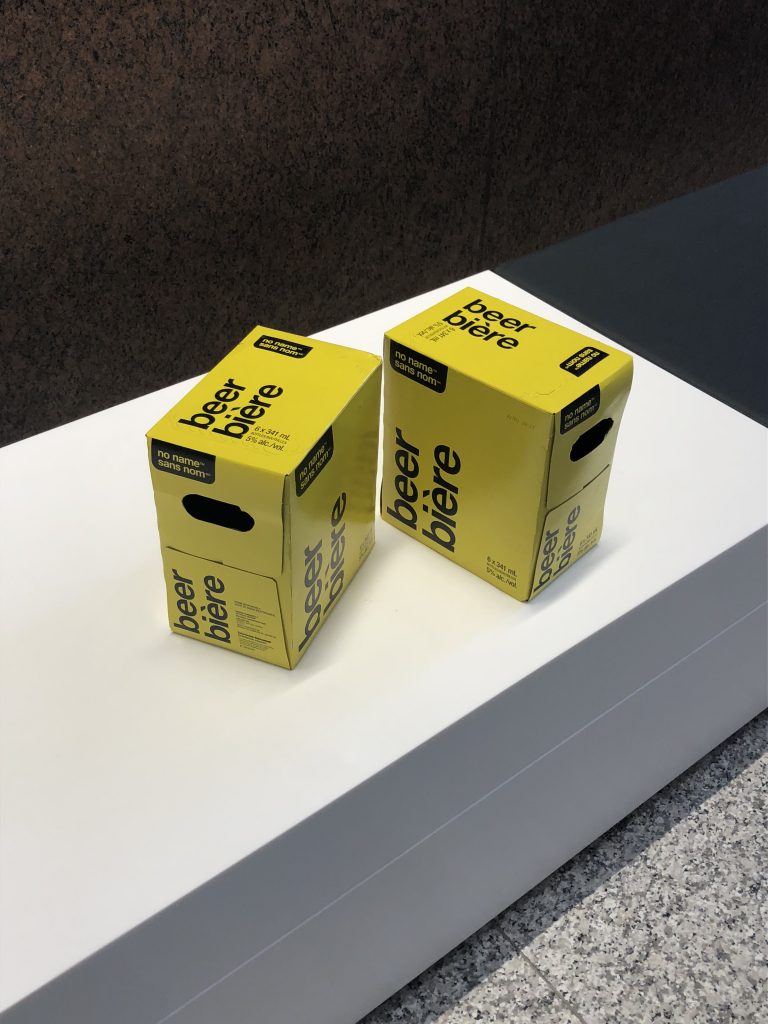 Many of you may have recalled a while ago that the Premier of Ontario, Doug Ford promised to offer the public a $1 beer that is more affordable for the masses to drink as he realized how expensive beer can be in the province of Ontario. Whether you buy it at LCBO or drink it at a bar, the prices of beer aren’t as affordable as in Germany or USA.

Whether you agreed with Doug Ford’s priority as a Premier is up for debate, but the fact is….he did deliver and $1 beer is FINALLY available to the public for consumption. Thanks to 2 of my loyal MoVernie Followers (thanks Tom & Nicolas), they informed me on Twitter that $1 beer is available at selective LCBO stores starting on February 15th. Tom informed me about the $1 beer and Nicolas informed me with a map of where the LCBO stores in the downtown core that still have the $1 beer in stock.

Off I went and grab some. The packaging & the name of the beer is as no frills as you can get as the name of the $1 beer is called “No Name” beer. It’ has a yellow packaging, just like the other No Name products (whether they are related, I need to research more to find out). 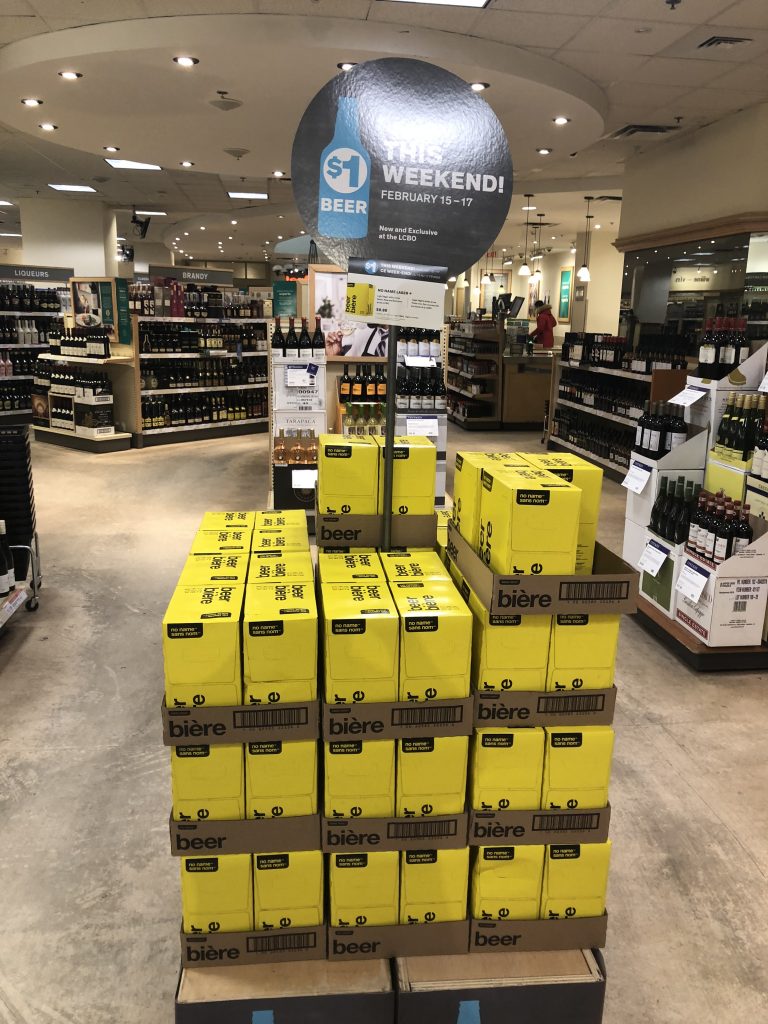 After my 1st posting informing my followers about the $1 beer (Yes, I luv to share good INFO to my followers), many of them were curious and wanted to know my opinion of this $1 beer. Read my reviews below.

I don’t mind it. Will I give up buying well-known beer brands such as Heineken, Stella Artois or other craft beer? Nope! What I will say is this…..I will continue to buy my favourite well-known beer brands and local craft beers. However, I wouldn’t mind buying a case or two of these No Name brands periodically, it’s drinkable and I wouldn’t mind it. Sometimes, there are days you just want a super light beer and any ice cold will be sufficed. It’s $1, if you are expecting $1 beer that tastes like premium, then you are out of luck and a bit unfair at the same time. 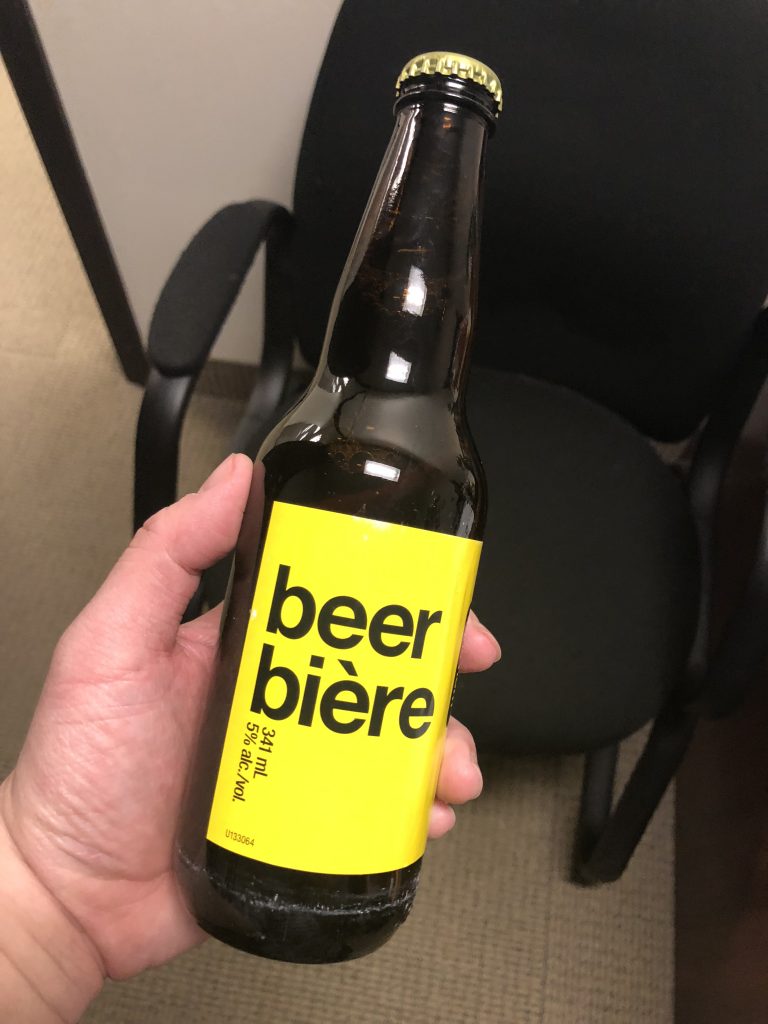 MoVernie TIP: Based on the comments made by my followers/friends so far after they saw my posts about this No Name Beer, my advice is as follows….Don’t judge the beer by its cover. Try it with an open mind. If you already give it a bad impression before trying one, I think you are not giving the $1 beer its fair chance. I know there are many cheap beer out there that are bad. I tried it a few times when I visited the USA when I bought a 99 cent beer and the beer was so horrible that after a few zip, I had to throw them into the garbage can. The beer was so bad coz the beer was so bitter, so much fumes in it, lack flavour that it isn’t really beer to me.

But not the $1 No Name beer, it’s not bad. Remember, if you are trying cheap beer in some 3rd world country without any safety or government regulations, I wouldn’t try them. But in Canada, as we all know, the public food and safety are a lot tougher, if it passes the test and be available for consumption, I am willing to drink the $1 beer.

So, there you have it. If you want to try the $1 beer, I recommend it so you give it a taste. If you want to buy more periodically, it’s all good, at the end of the day, $1 No Name beer is just another new option to beer lovers. This is a win-win, if you like it, great! If you hate it, by all means. Beer is a funny thing, everyone’s taste buds are different. The ONLY thing I will say is that…try this $1 beer with an open mind. Just coz it’s $1, you can’t automatically labelled it as “bad shit”, if you are thinking like that, you may as well not even try it coz you already made up your mind.

There you have it. If you decided to try it, let me know your thoughts. I am always curious and like to what others have to say.

FYI – I purchased my $1 No Name Beer at the LCBO located at the Atrium at Yonge & Dundas.

Check the LCBO website to see where they have the inventory and closest to you. 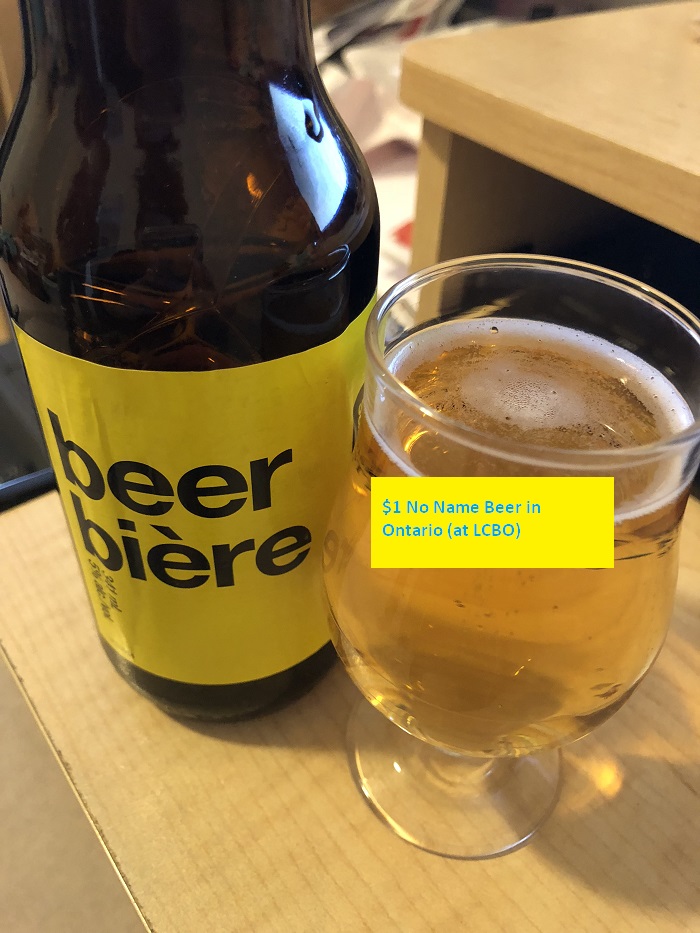 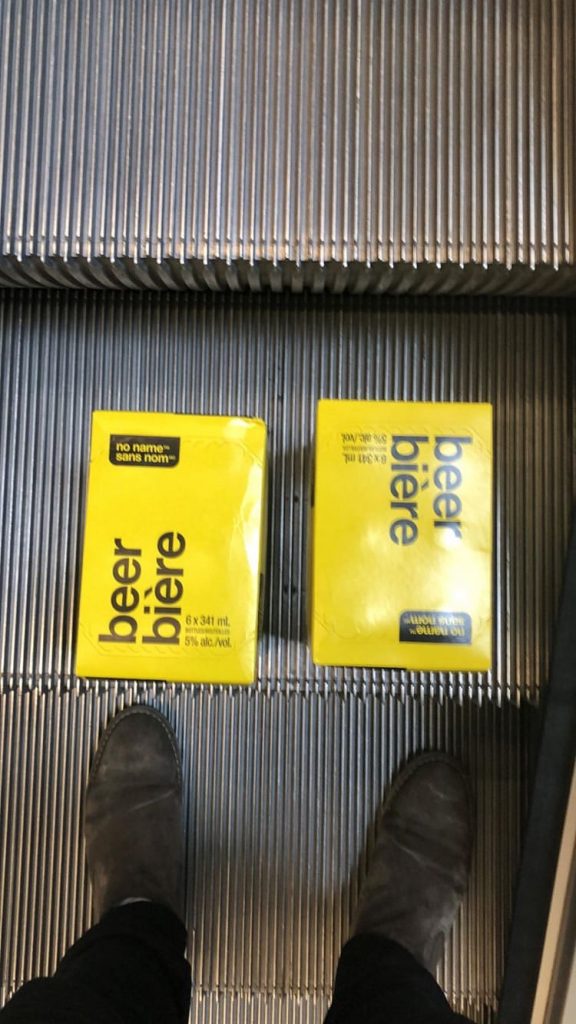 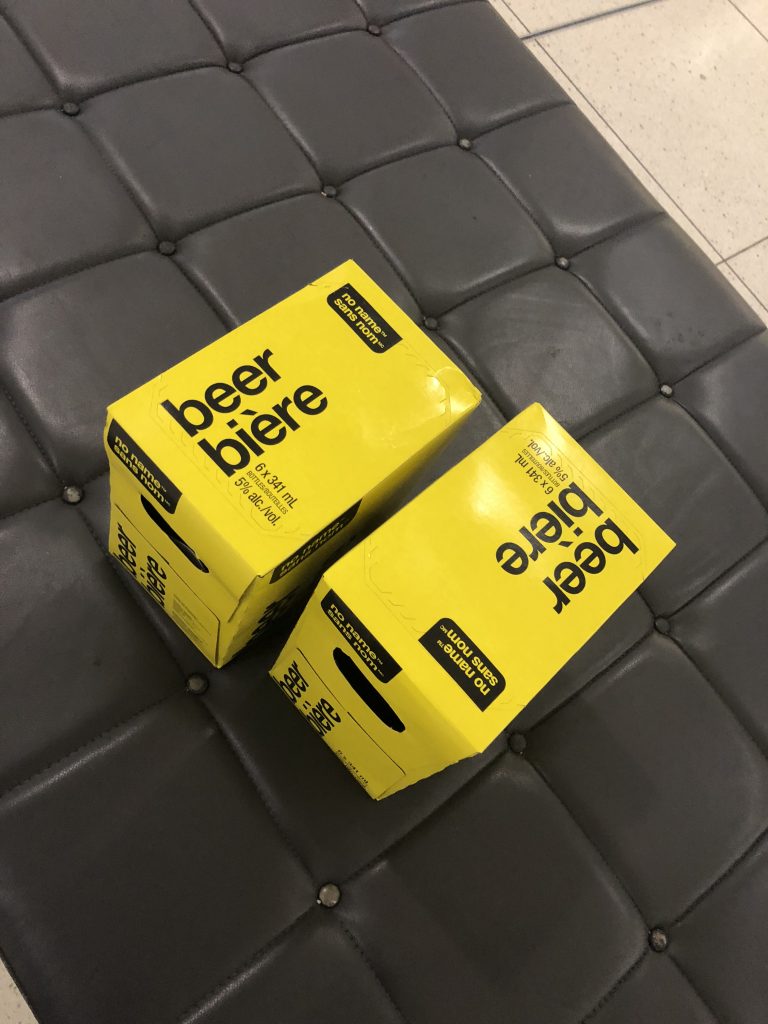