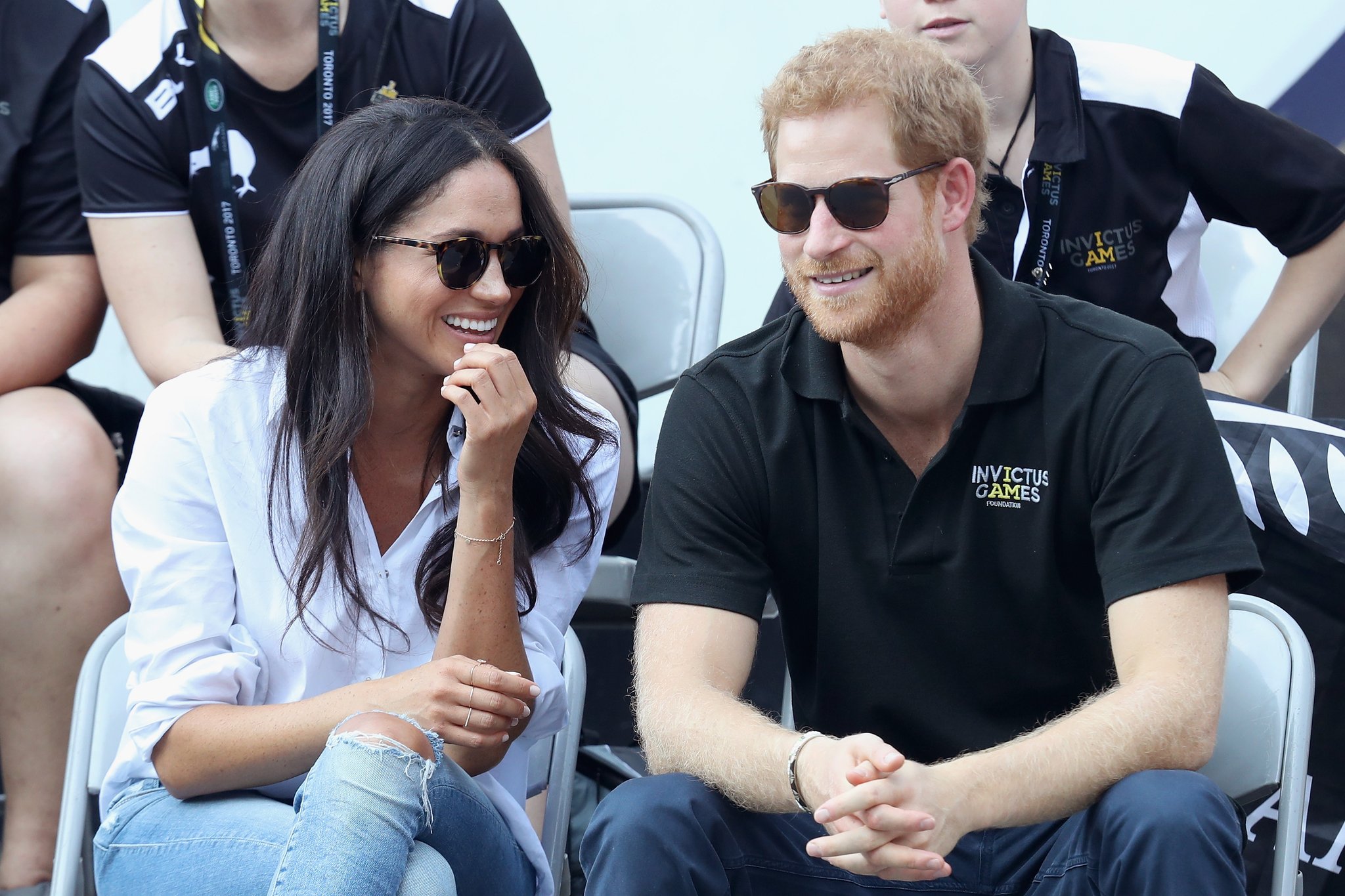 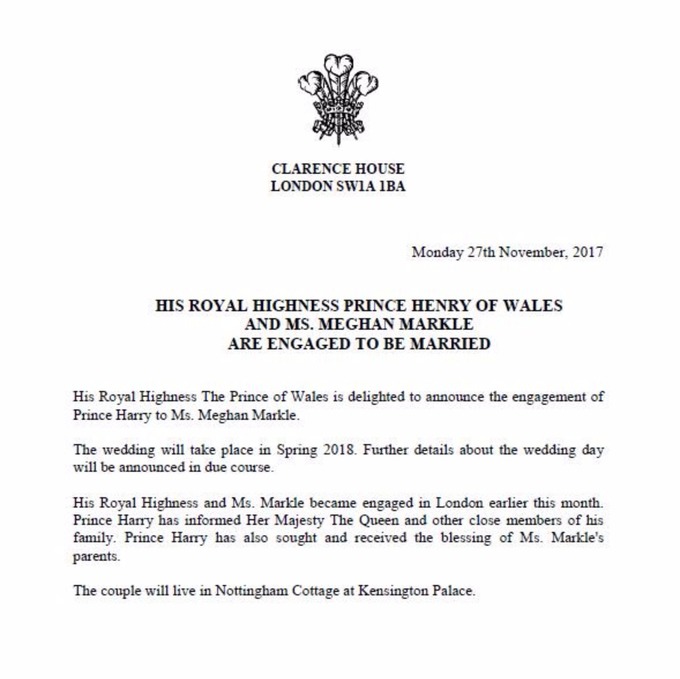 You can read the announcement letters below, blessings from both the Royal family and the parents of Meghan. Things have been brewing strongly this year when Prince Harry and Meghan were holding hands in public for the first time during the Invictus games in Toronto, Canada. And to no surprises, they are getting married soon.

2017: Both had committed to the public that they are in a relationship

Congrats to both of them. Now the MoVernie question will be…..will Meghan still be carrying on her career to still be in the hit tv show, “Suits”? I hope she does, coz Rachel Zane is a very popular and important character in the show.

Best wishes to both of them! 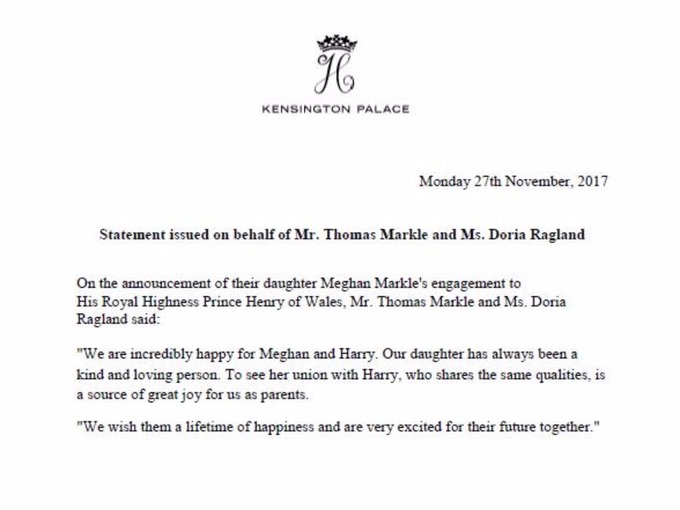