Before I introduce what “Gooseneck Barnacles” are, let me ask you a question. Have you heard of gooseneck barnacles before? If yes, what are they?

Here, let me show you a photo of these creatures. Do you recognize them? 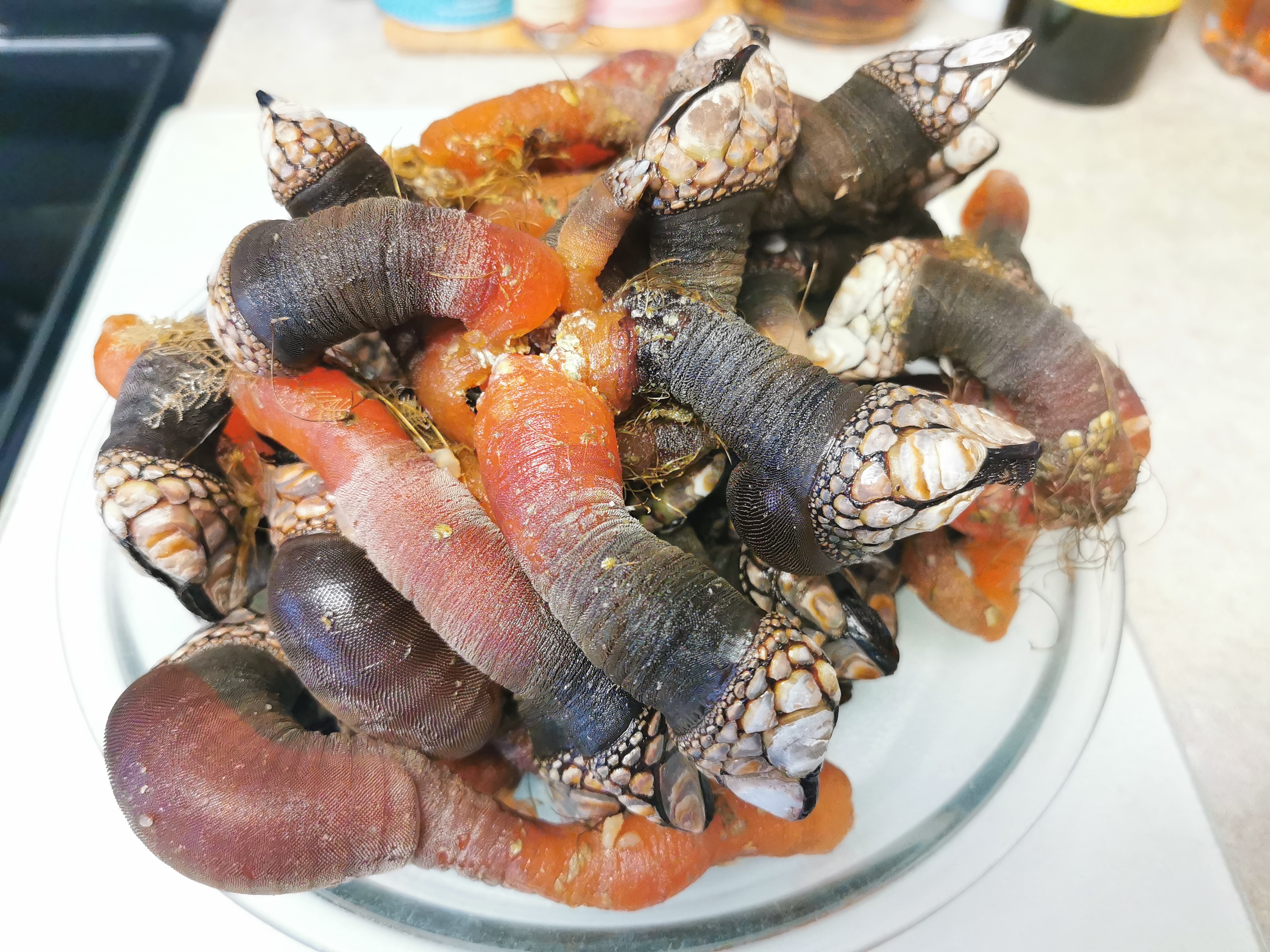 I have a special story to share with you about gooseneck barnacles. A few years back when my family and I travelled on a cruise and docked at Vigo, Spain, we happened to dine at this Spanish restaurant called Restaurante Rías Baixas 2. As we examined the food menu, we happened to see a photo of these ugly looking creatures. We didn’t know what they are, coz the food menu was in Spanish. So, we asked the server what they are. Unfortunately, he didn’t speak good English, so with the language barrier, and we aren’t sure what they are, we decided not to take a chance on trying them.

I recalled describing them to my bro, MoKenny and said, “I don’t know what they are, they look like turtle feet and they aren’t cheap either, $16 EURO/250 grams. It’s too risky to try something that we don’t know. I mean, what if we don’t like it, don’t like the taste and wasted lots of Euro for something we have no knowledge of“. When you see the photos, you will have to understand why I thought they look like turtle feet. They aren’t visually appetizing to look at, but as I always told myself, don’t judge things by its cover, it’s always worth to try at least once and experience it and then make a decision afterwards.

After we came back from our trip, we happened to be curious, google them. It wasn’t easy to google about them coz we have no clue what’s the proper English name for them nor do we know what type of creatures are they?

Finally, after some research, we realized it’s called “Gooseneck Barnacles“. Apparently, it’s a some sort of shell/clam like creatures that only lives in certain regions in the world. They love to cling to rocks in places that have a strong crashing surf with high water waves. These barnacles become a precious delicacy especially in Portugal and Spain coz they are precious items and required fishermen to take risk in high waves on their fishing boats to try to grab and get them against tough rocks and rock cliffs. It’s considered highly dangerous to catch, which makes lots of sense of why I saw it charging $16 Euro/250 grams at the restaurant that we dined in. So, we miss out the chance to try this delicacy in Spain since I have never seen these barnacles for sale in Toronto or Canadian grocery markets.

Fast forward a few years later, I recently saw my buddy posted these goosenack barnacles as part of his birthday feast. I was excited and asked him where he got them. He told me that he got them from a local Toronto seafood grocer. These local grocer shipped these barnacles during every Fridays during the summer (when they are in season) and shipped them to Toronto. Whether these barnacles were shipped from Europe or from British Columbia west coast (Canadian coast that grows them) is inconclusive. But I am excited to redeem myself to give this a try.

Here are my questions to you:

1) Have you tried gooseneck barnacles? If yes, do you like them or hate them?

2) Can you describe what it tastes like after you tried consuming gooseneck barnacles?

3) How did you cook them? Did you boil them? Any dipping sauce or marination? Or straight up eating them to preserve its taste?

I am interested to know your thoughts and dining experience with these gooseneck barnacles.

Special thanks to my buddy, Gary Lau, who posted his purchase of these barnacles or else I wouldn’t know they were available in Toronto. The grocer that we purchased charges $29.99 CDN per pound. It’s not cheap but we got to try them right? 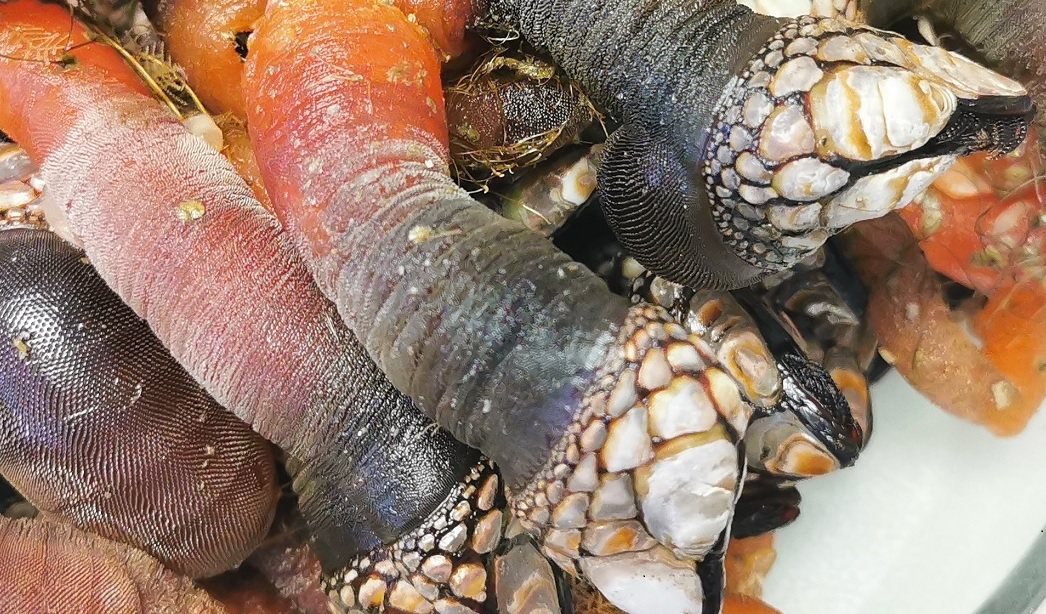