In fact, this Toyota Crown is so symbolic that you don’t really see this vehicle being sold outside of Japan, there are limited vehicles being shipped to some of the Asian countries but mainly aimed for the Japanese markets.

I got to check out a few of these Toyota Crowns at the Megaweb Toyota City Showcase building located in the Aomi, Koto, Tokyo area. I honestly didn’t even know such Toyota building existed until I was on my way to check out the Gundam Base and the Mori Building Team Lab nearby. 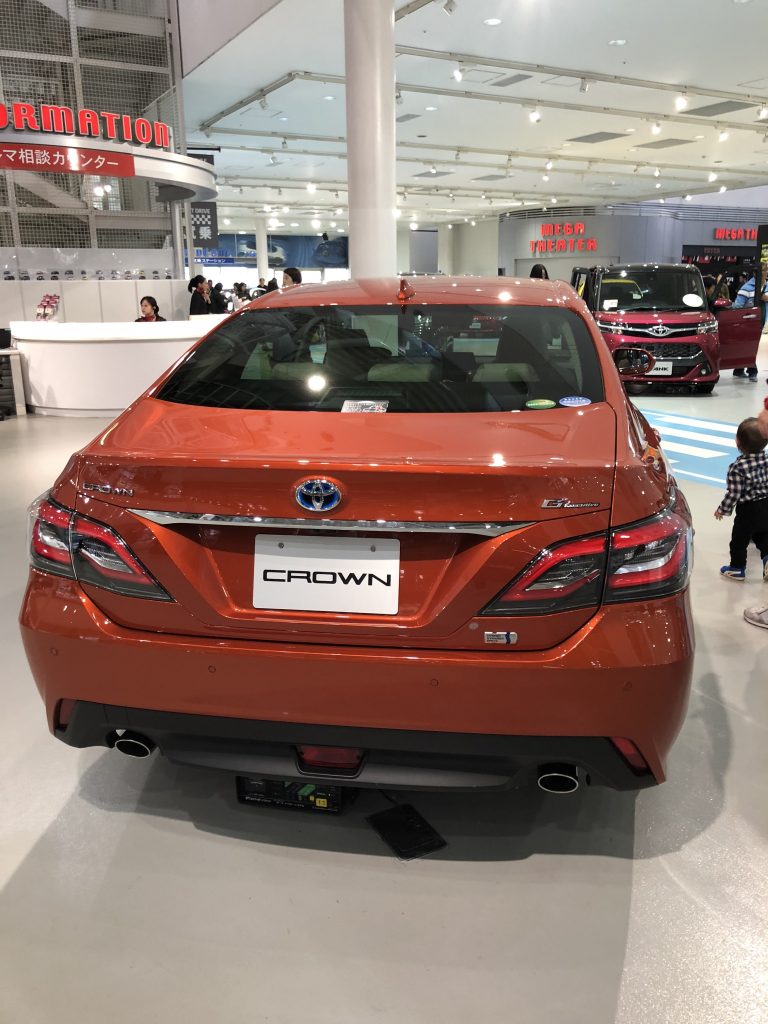 The Megaweb Toyota City Showcase building is free to visit and I highly recommend it as a way to check out some of the Japanese car models that are ONLY available in Japan. It’s also cool to check out some of the new advanced technologies being developed by Toyota. Most importantly, Toyota is a globally proud sponsor of Tokyo 2020 Olympics and Paralympics, so they have some exhibits and interactive activities for family and friends to participate.

Back to the Toyota Crown, it looks good from the front, the side and the back. Does it stand out from the crowd, not really, as you know, Toyota is not a brand that stands out from the crowd but produces high-quality, reliable and efficient vehicles for the masses. But I have to say, the Crown looks so damn good, especially I was shocked that it comes in orangey body paint, giving the Crown a more sporty and modern look. It’s LIT! 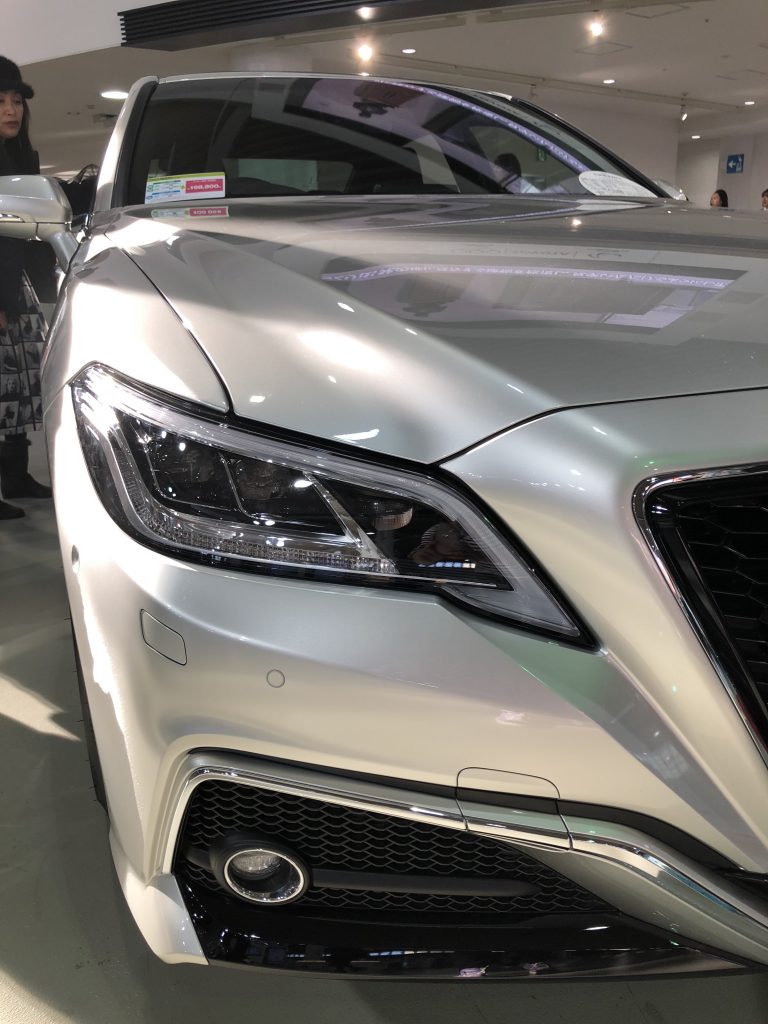 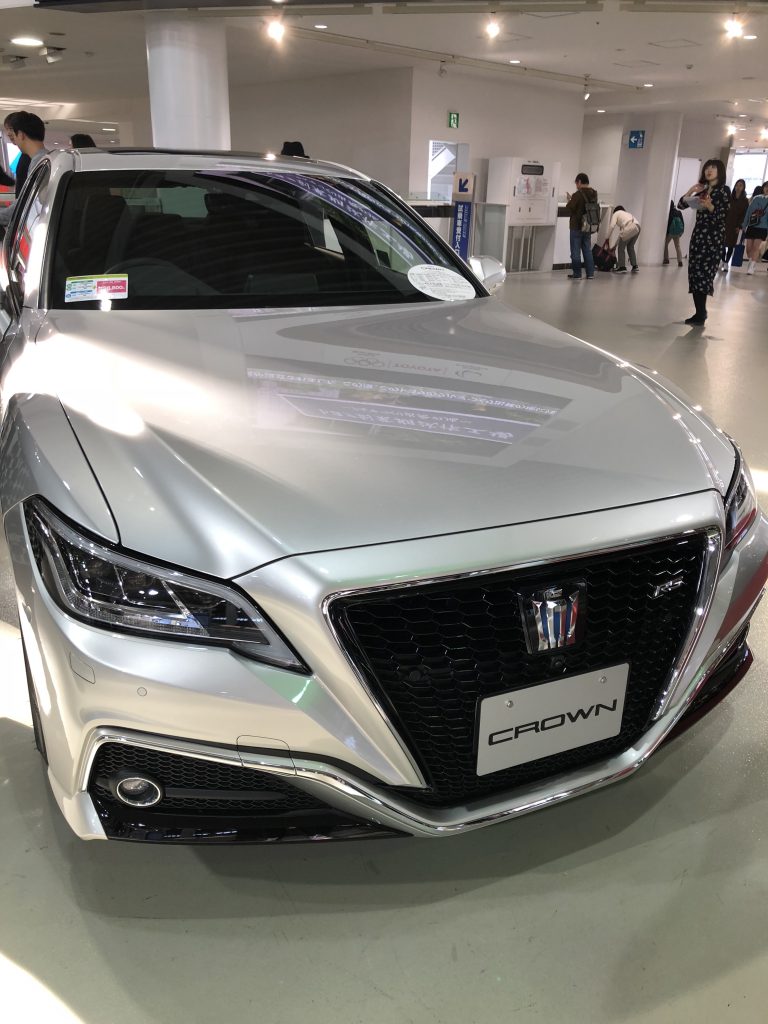 As you may know, all vehicles in Japan are right-handed, which is different from the North American market where it’s left-handed. So, it was cool for me to get into the cabin and checking out the right-handed dashboard and interior. The gauges and gearbox were located on the right-hand side as well. If I have to drive in Japan, it will definitely take me some time to get use to it. The style of the Crown somewhat reminds me of the Lexus GS models that we get in North America. As far as I know. The model that I saw at the show room had a sticker price of $5,000,000 Yen to start, that’s about $60,000 CDN as the base model, which is pretty on par with the Lexus models that are available in Canada. 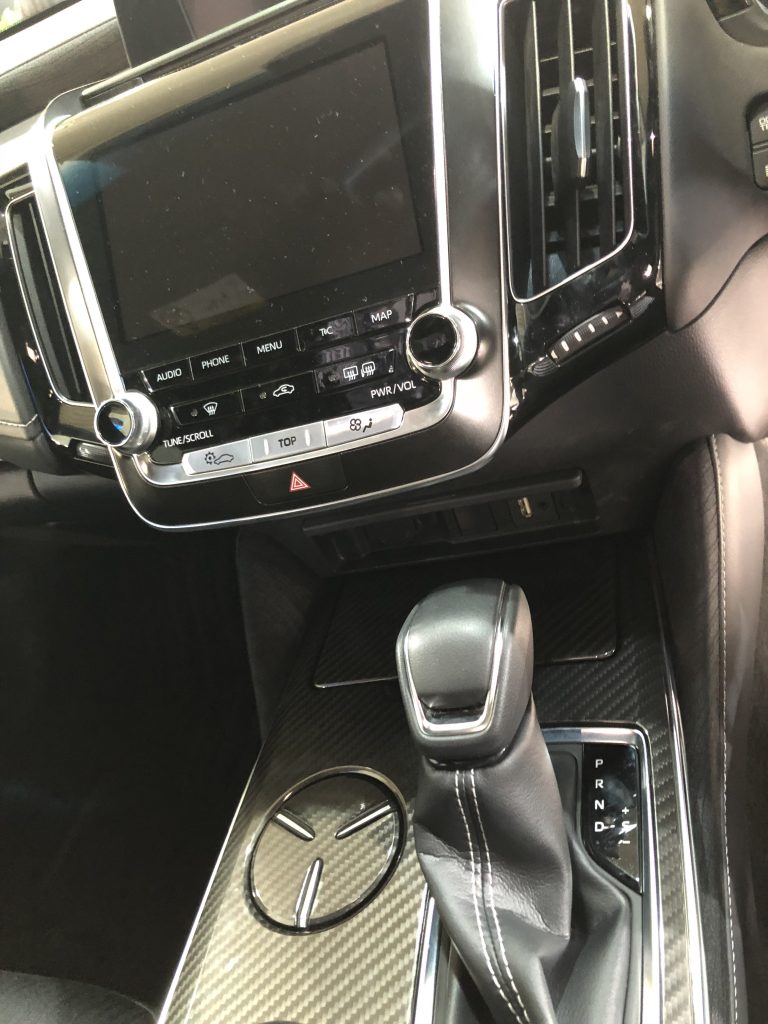