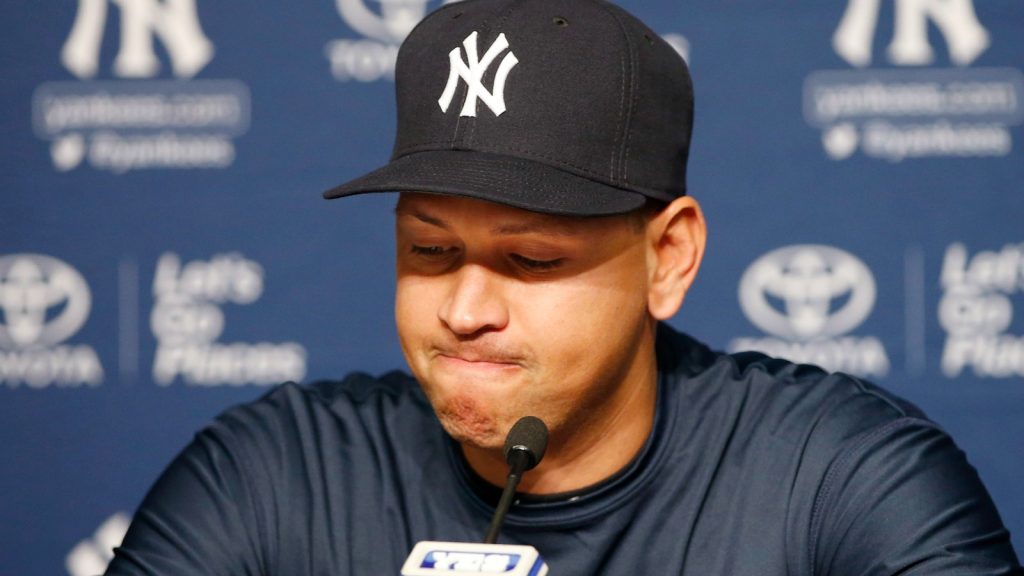 This Sunday morning, the New York Yankees and Alex Rodriguez (aka ARod) held a press conference to inform the media and the MLB fans that Yankees Alex Rodriguez will play his final MLB game this coming Friday, August 12th against the Tampa Bay Rays at Yankee Stadium. After that, he will be a special adviser for the NY Yankees.

Some may be scratching their heads and wonder why Yankees would want to employ ARod to be a special adviser. My personal theory is that there is still a year of ARod’s salary left for 2017 at $21 million. They may as well make an excuse and makes it sounds good for both parties as a way to give ARod a ladder to exit his playing career on a good note.

Here are some great articles from other sources about ARod Press Conference Announcements: