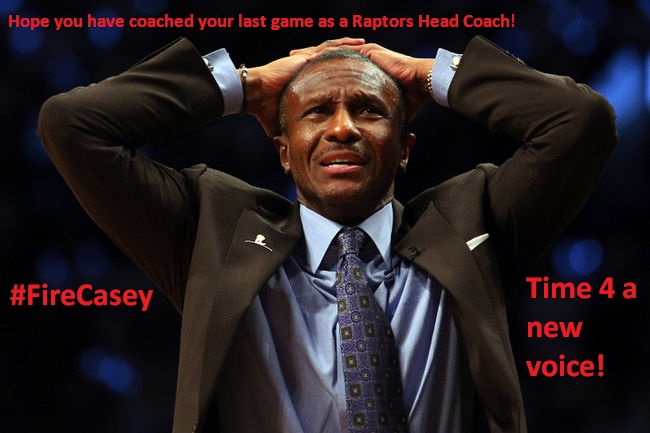 Coach Casey, I hope you have coached your last game as a Raptors Head Coach!

Then, we get swept by the Cavs.

We get out coached in every series for 4 consecutive years. Same predictable ISO plays, same shitty game plan, time to move on & get some creative minds and better in-game adjustments next season.

We need a new coach! Masai, I hope you do the right thing and pull the trigger.