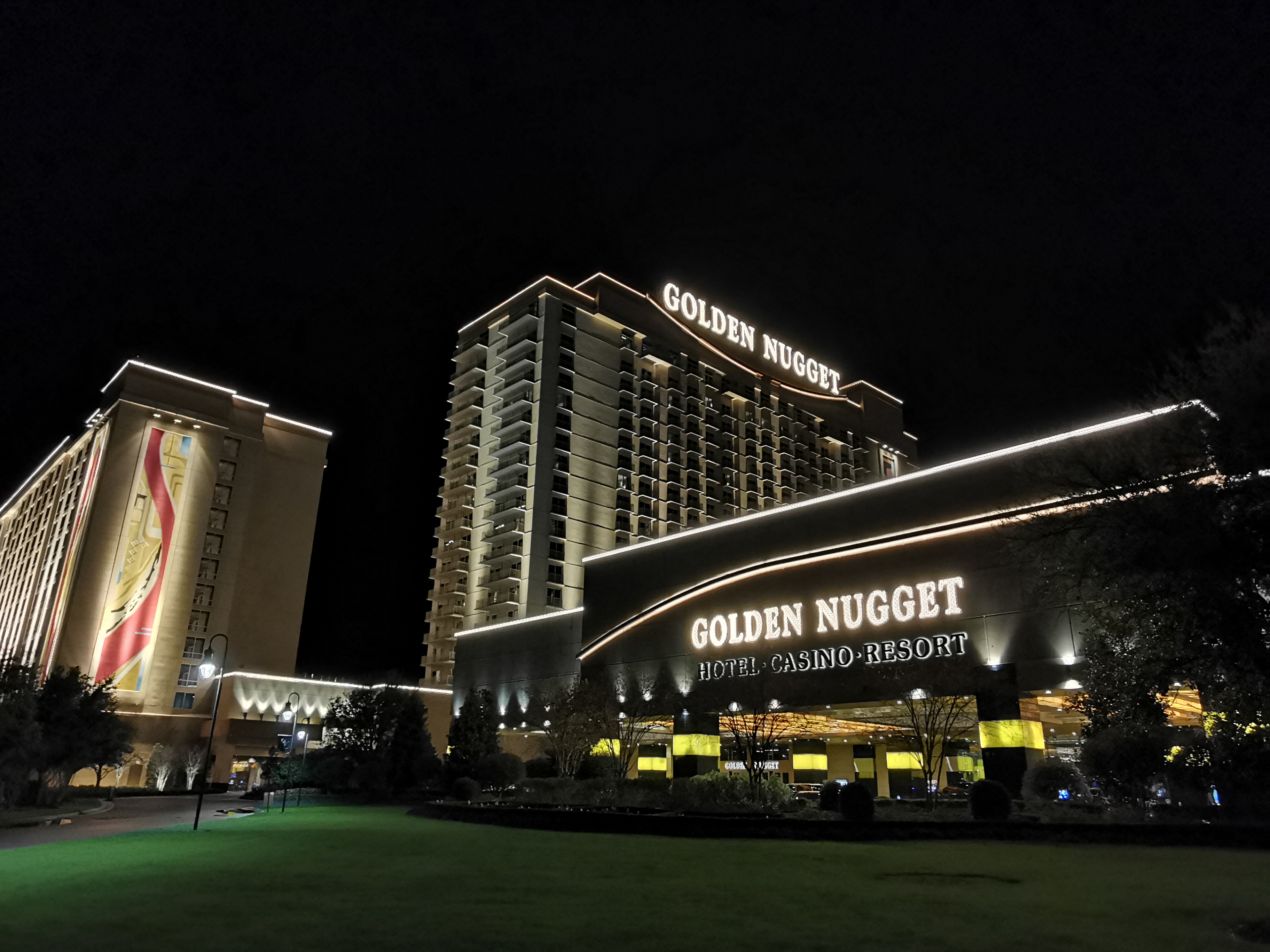 NOTE: I didn’t book a room here at the Golden Nugget in Lake Charles, Louisiana. I was staying at L’Auberge (which is located just next door), but since they have a FREE trolley that will go back and forth in between both hotels, I thought I would make a trip to check out the amenities at Golden Nugget.

First impression of the Golden Nugget? It’s chic, luxurious, very modern and clean. Is it anything unique? Not really, it looks like any typical luxurious hotels you can find in Vegas. There was a casino with slot machines and other poker tables.

In the hotel, there were tons of restaurants and bars. Different cuisine to serve your taste buds, from Asian food to Italian food to steakhouse to seafood house to Mexican food, you name it, they probably have it.

I decided to check out the Ice Bar, the decor was white and crystal, a bit like what the name implies, “Ice Bar“, there were white sofa sections and the bar with high stool section. I chose the bar section so I can talk to the bartenders and check out the scene.

Bartenders were very courteous and provided great service. I ordered myself an old fashioned. I don’ t know if Louisiana likes to use orange slice, coz I got an orange slice for my old fashioned, but back home (Toronto, Canada), they like to peel an orange skin, squeeze it a bit and then slice around the rim before putting it into the drink. Anyhow, my drink was good but I had better old fashioned elsewhere.

After the drink, it was like 12:30 am, in the wee hours, so I opted for Lillie’s Asian Cuisine for some comfort food. The server was courteous and very attentive. I ordered a Vietnamese beef pho (broth noodles) and a plate of chilli peppers fried squid. The beef pho is ok, not the greatest, but the broth is decently flavourful. But they could have provided more beef instead of just a few slices of beef. I don’t expect super much for a restaurant at a casino but I would prefer a little more more meat, especially they charge $14 USD.

The chilli peppered fried calarmari (Muc Rang Muol) was amazing! They did serve with squid rings, which is more westernized, coz normally, the squid should be in roll-up shape. However, I was ok with it since I understand maybe the roll up squid isn’t as readily available in Lake Charles. But the flavour, the chilli flakes, the peppers, the onions were amazing! It smells good, tasted good. In fact, the flavour was way better than many places that I dine back in Toronto. The proportion of this dish was generous as well. It was worth my $14 USD.

After the meal, it was already like 12:30 am, so many other restaurants and bars were closed. The ONLY place to drink this late was inside the casino, so I walked in, roamed around, lots of gambling tables, Texas Hold’em, black jacks, sports bookie, slot machines. I heard live music, turned out the sound came from the “Rush Lounge” located at the centre area of the casino. I ordered a beer from the bartender and listened to the live music.

Overall, Golden Nugget is a total package. It has all the stores, restos & bars, casinos and other amenities. I don’t mind staying here the next time I visit Lake Charles. I think you can do a staycation here at Golden Nugget and don’t get bored at all. 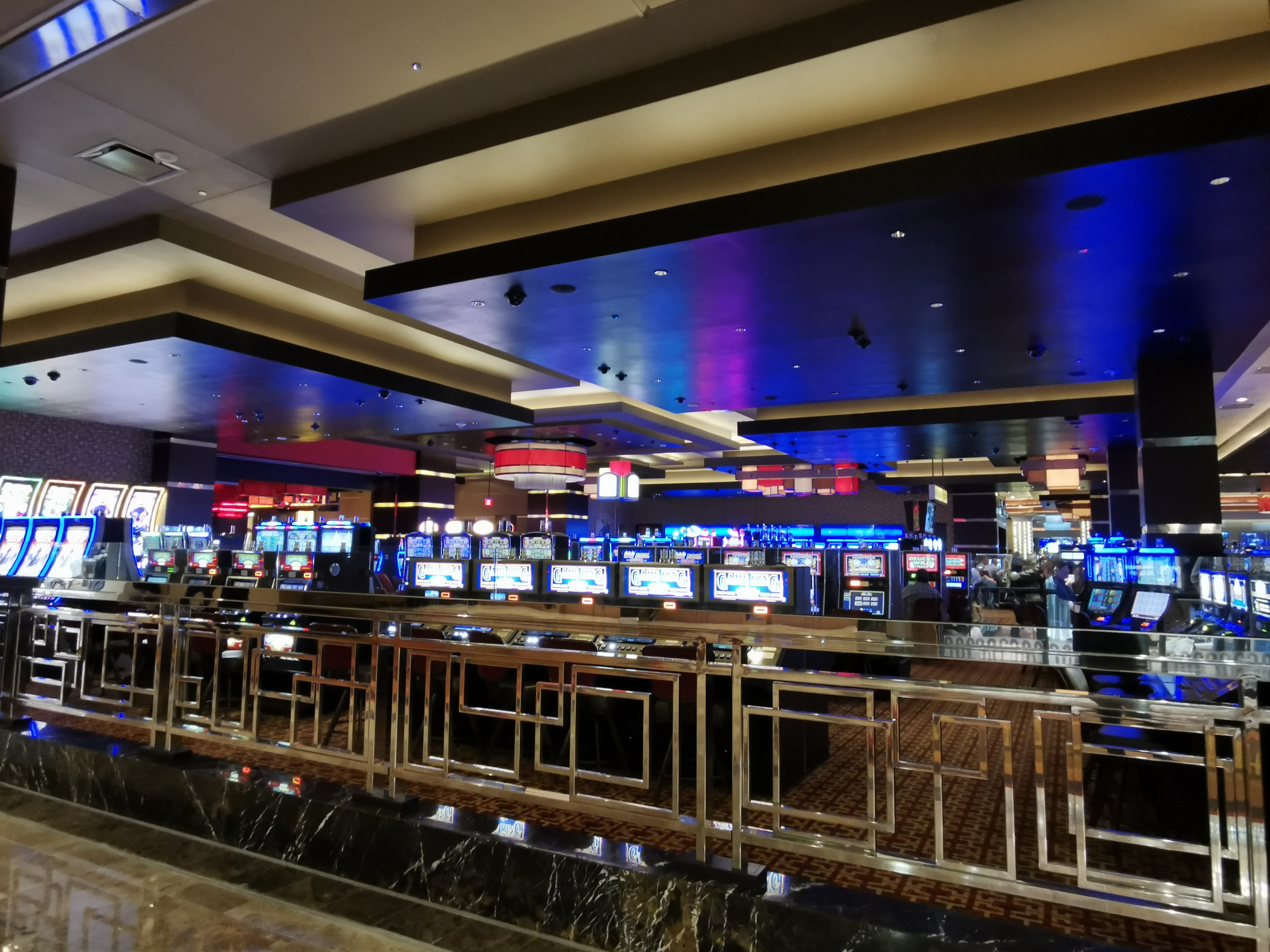