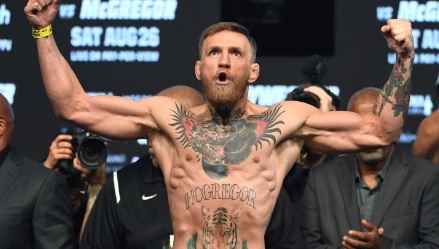 According to the USA Today, Conor McGregor charged with assault, criminal mischief after attack on bus at UFC event.

Was the Concor McGregor Assault a stunt? I didn’t watch the entirety, but first of all, why did he want to start shit in the 1st place? Is there some beef? I honestly not a die-hard UFC fan to know the details but interested to learn more. Apparently, due to this assault, both main event UFC fighters are now not participating in the UFC223 event.

Also, these are UFC fighters, a garbage can shattered the front bus windows shouldn’t be enough to cause any major body injury to the main event fighters and why would they be sitting in the front anyways? Most big stars will never sit in the front.

I just find this cancellation of fighters suspcious and I don’t see why Conor will need to do the dirty work himself knowing it’s media day.

I feel like it’s a stunt to me knowing media cameras are everywhere. Did UFC wants to hype up the UFC events? Did Conor wants to showcase his wrestling and acting skills to be a wrestler in the future?

Although he turned himself in, as long as UFC peeps don’t file a charge, he won’t get jail time anyway.

Conor McGregor is making his presence felt here in NYC. Felice Herrig just posted this clip of him on IG going a little wild. ? pic.twitter.com/arvUJF1pV2