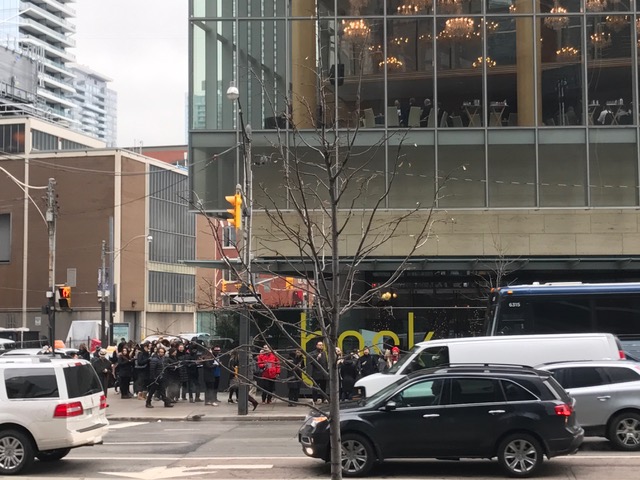 I heard that there is a massive lineup this afternoon with peeps wrapping outside the Shangri-La Hotel, waiting longs hours to try the Shake Shack burger & fries at the popup shop inside Momofuku.

Before you start making your way to join the lineup, I want you to just sit down, relax and ask yourself “Do you really like Shake Shack? Or are you going there to line up just to join the hype”?

Don’t get me wrong, the Marketing & Social Media Shake Shack team did an amazing job, attracting and building awareness.

No offense, I had Shake Shack before and they are good but not over the moon, but at the end of the day, it is just a burger. It’s a good burger, but to me, I don’t lineup for hours. I don’t lineup not because I am an established Social Media Influencer, I am speaking this as a whole, you as customer, shouldn’t need to either, it’s because I don’t care how good it tastes, we are the paying customers. Why would you, as paying customers, have to wait outside in the freezing winter weather for hours, go inside, pay your hard earned $ to get a burger or a bowl of ramen? I know many people thinks it’s worth every penny to freeze their asses out there coz they want to join the hype and try the food.

Here is how I see it. If you really like Shake Shack, by all means, go now and join the party. But if you are going there just lining up for the sake of lining up, stop for a sec and ask yourself “Is it really worth it to line up for hours for a burger?”

You do know Shake Shack is available just across the border, with hundreds of locations for you to indulge burger without line ups. To be honest, I like having my Shake Shack burger with its famous milkshake. They don’t serve milkshake at the popup but instead serving wine or beer, that’s not how I want to eat that particular burger, but that’s just me.

My MoVernie Point is this: Before you even intake the Shake Shack burger, you may have already convinced this burger is amazing coz others tell you so? My main message to my fellow peeps, as always is that, it’s nice to read other peeps’ food reviews, opinions or Influencers such as myself but it’s important you taste for yourself and you make your own decisions on whether a food item is good or not. I always tell people that it’s important everyone’s have an opinion and not be afraid to have a different opinion than the majority.

Did you lineup Uncle Tetsu cheesecake coz everyone is lining up for it? Or did you really taste it and enjoy it? Or did you taste it and you say “It wasn’t as good as most peeps say, but you know what, if there is a long lineup or a food blogger says it’s good, then it must be good”. Be rational, have your own opinion, make your own observation and judgement. Don’t be LAZY!

That’s all I am going to say.

Now, go and lineup that Shake Shack burger, meanwhile I am going to eat my oysters and watch you guys lining up in the cold from across the hotel, LOL.