Today is super cold in Toronto, Canada but that didn’t stop all the die-hard Maple Leafs fans from coming out in the cold to meet & greet their beloved Maple Leafs players, as the team is hosting an outdoor open practice at the iconic Nathan Phillips Square.

The event was free of charge with fun activation for kids and Leafs fans to participate, from photo booth to mobile team store. The Nathan Phillips Square normally allows tourists and locals to skate during the winter but for this special occasion, it was blocked off. The event organizer brought in a few rows of mobile bleachers for special ticket holders to sit and watch. There was a VIP section on the rooftop of the skate rental building that oversee the entire rink. 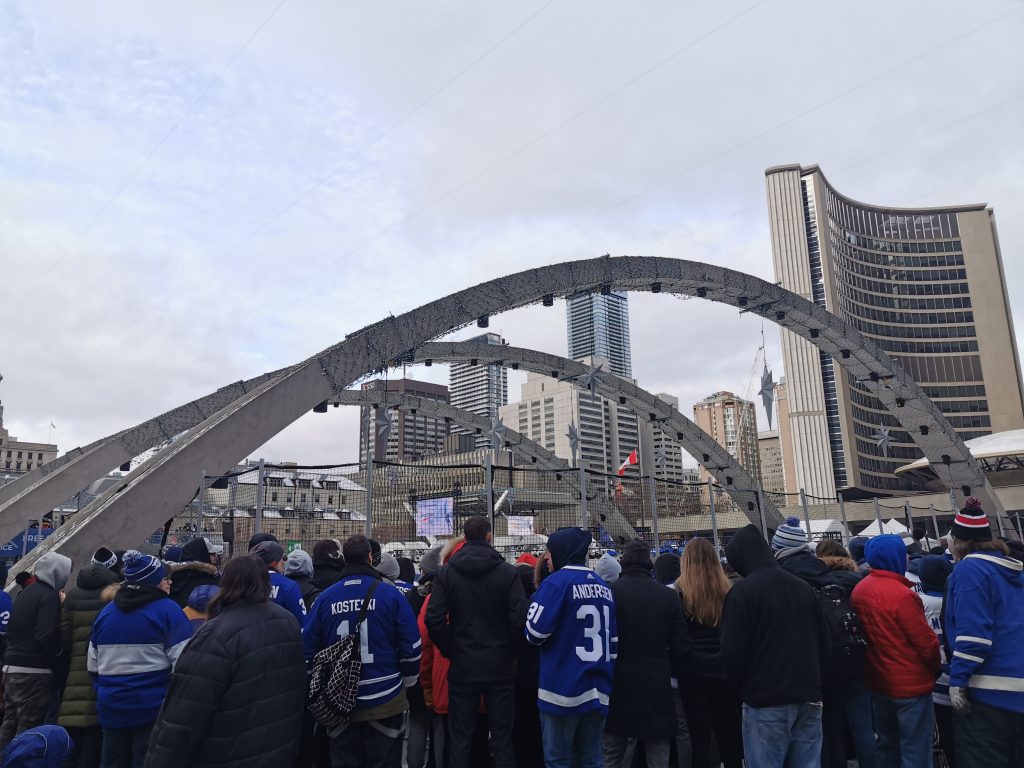 Although I totally understood that the organizer blocked off the bleachers for its own clients and employees, but I didn’t think it was well-run. First of all, they advertised that it’s free admission, however, there weren’t many free standing spots for people to watch the practice. Coz many areas were either blocked off or in obstructive views. I got a bit pissed off when the Leafs began to practice and there were still rows and rows of empty bleacher spots left unoccupied. Perhaps consider opening up those spots if the ticket holders were no show. Maybe 20 minutes after the Leafs began to practice that they can open it up to the public coz it sucks when bleachers were left emptied and some kids aren’t tall enough to see their Leafs players practice. 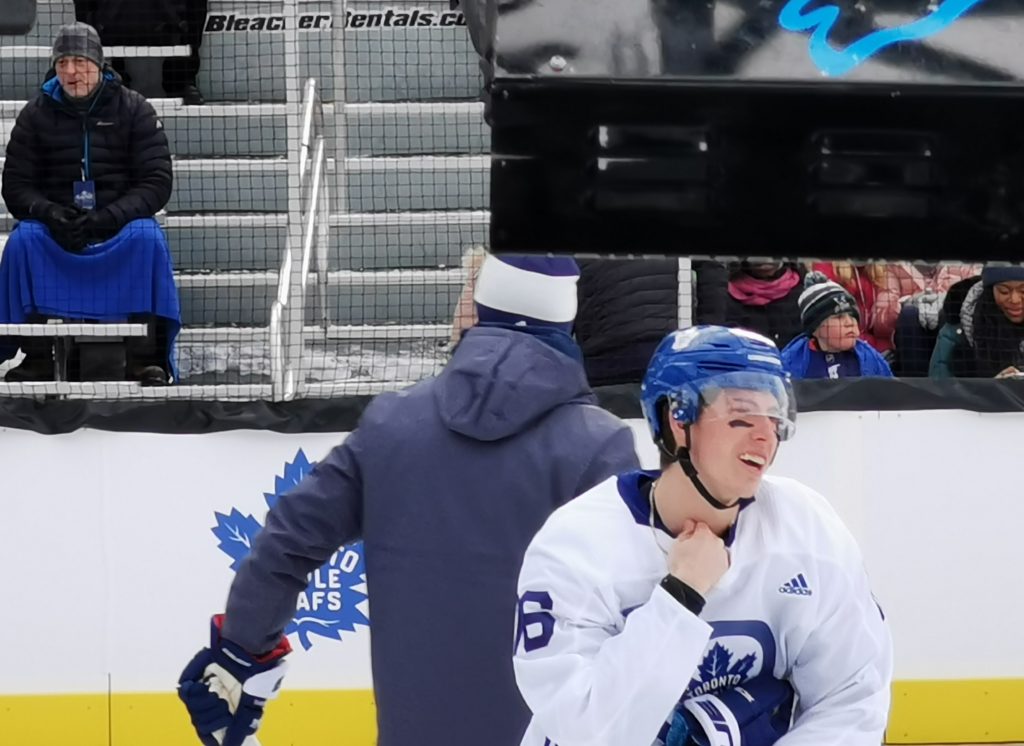 Other than that, everything was great. I got to walk with the Leafs team as the entire roster came out of the Eaton Centre and walk towards the Nathan Phillips Square. The Leafs were in good mood, most of them chatted with the Leafs fans along the way. It was the best up close and personal you could get. In particular, as I was walking to cross the road, #41 Dmytro Timashov was smiling and looking into my camera, it was cool that he did that.

Leafs Practice seemed to be very relaxing and everyone was having fun and just chill. After some practice drills and some 3-on-3 tournament exercises, the Leafs walked towards their team buses. Along the way, they high five the fans, taking selfies and signing autographs. It makes me smile when the players stopped to chat with the young fans, took selfie with the kids and giving them the memories of their life times.

Props to the organizer and the Leafs for hosting this annual outdoor Leafs practice free of charge and giving the fans a chance to meet their idols.

Below are some of the highlights of the Leafs Practice, enjoy the photos! Go Leafs Go!