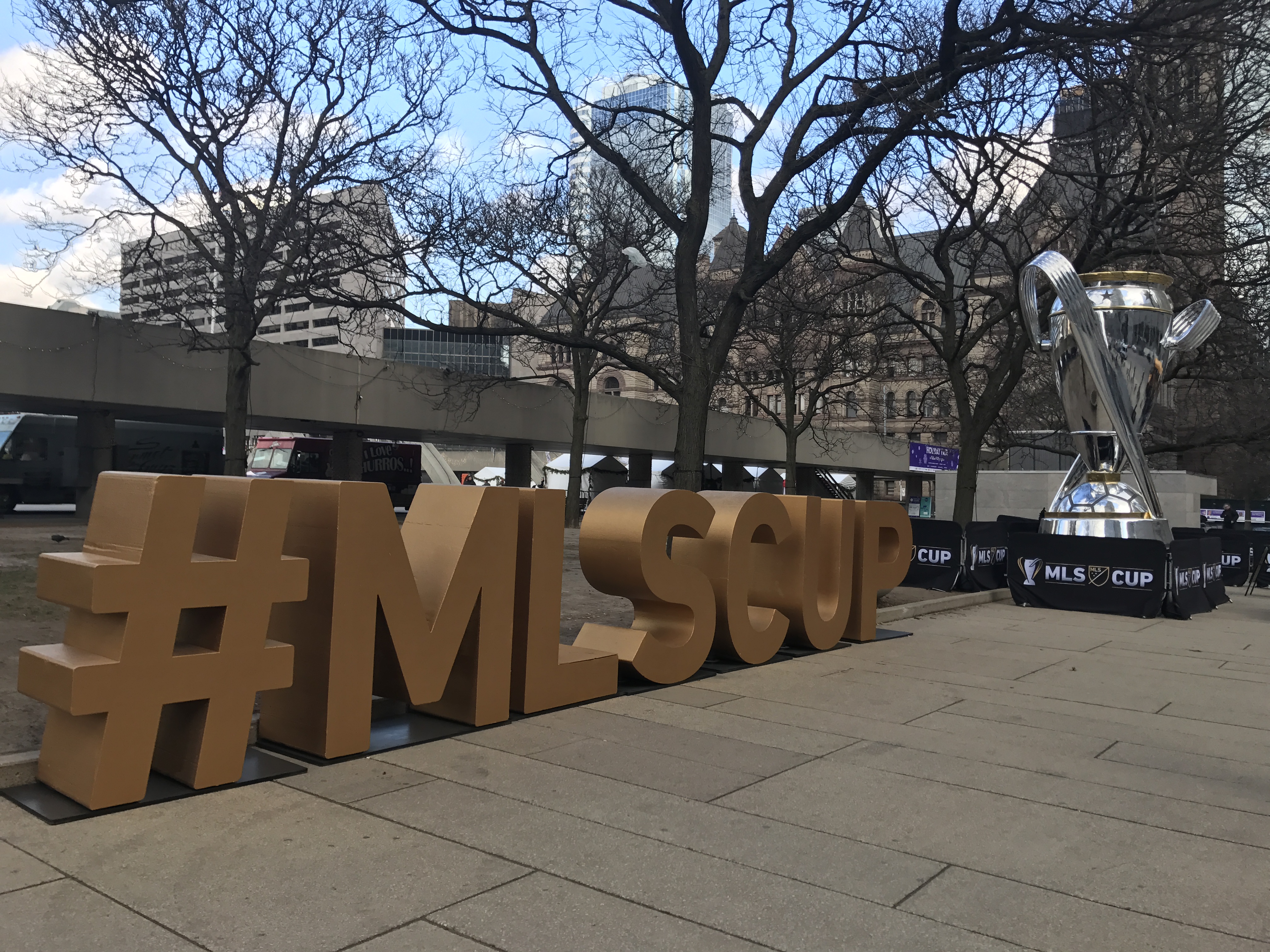 The biggest MLS game of the 2017 season comes down to tomorrow MLS Cup, to be held tomorrow, December 9th at 4:00 pm at BMO Field in Toronto, Canada. This is the exact same teams and venue that took place last year’s for the MLS Cup in 2016, with Seattle winning the championship on Canadian soil.

This is like a back-to-back MLS Cup between both teams. But this time, Toronto FC is calling it “The Redemption“, they want to win their 1st MLS Championship in franchise history this year. Will it happen? We will have to find out. 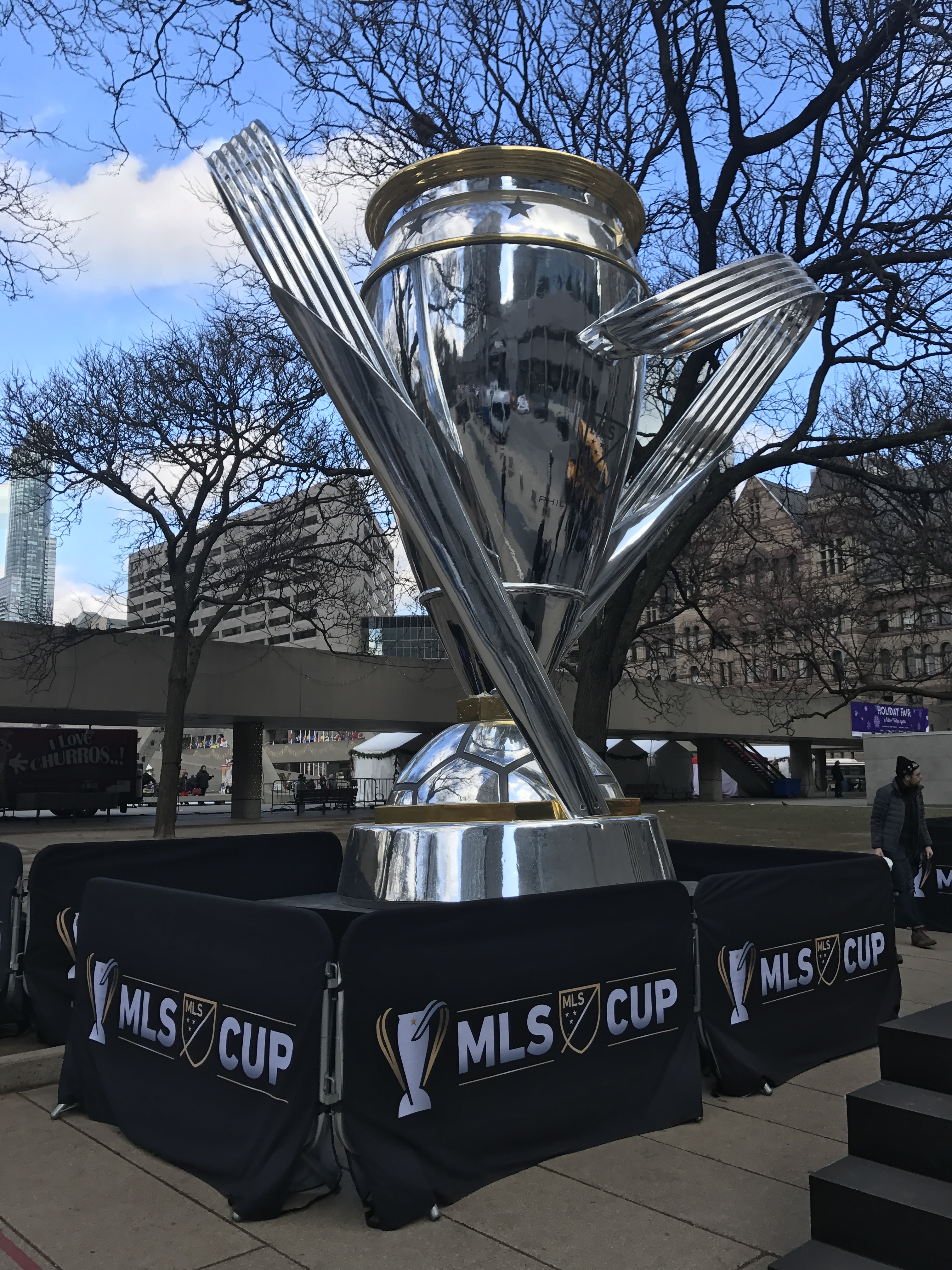 At the mean time, for all the MLS fans, if you want to take some cool photos or participate some interactive games in Toronto during the MLS Cup festivities, you can go to Nathan Phillips Square and take photos with the giant MLS Cup replica. Or try your luck to win some cool MLS game prizes by using a little hammer to try to “break the ice“. With a time limit, you have to use this little hammer and shatter as much ice as you can for a chance to win the MLS gear. Just as you think it’s easy to break the ice, it doesn’t look like the case.

Check out the pictures and videos of the MLS Cup Fan Experience at Nathan Phillips Square below. 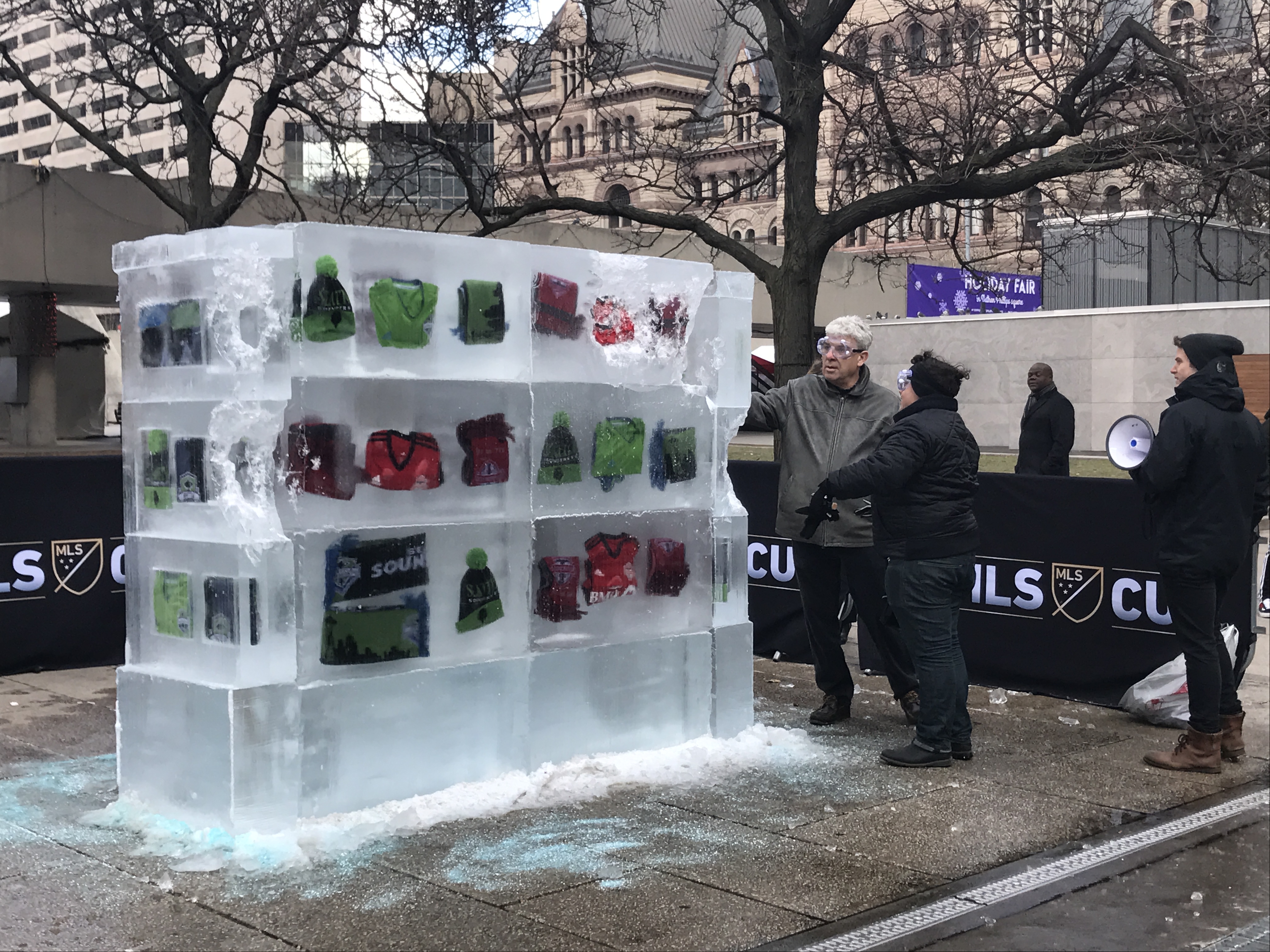 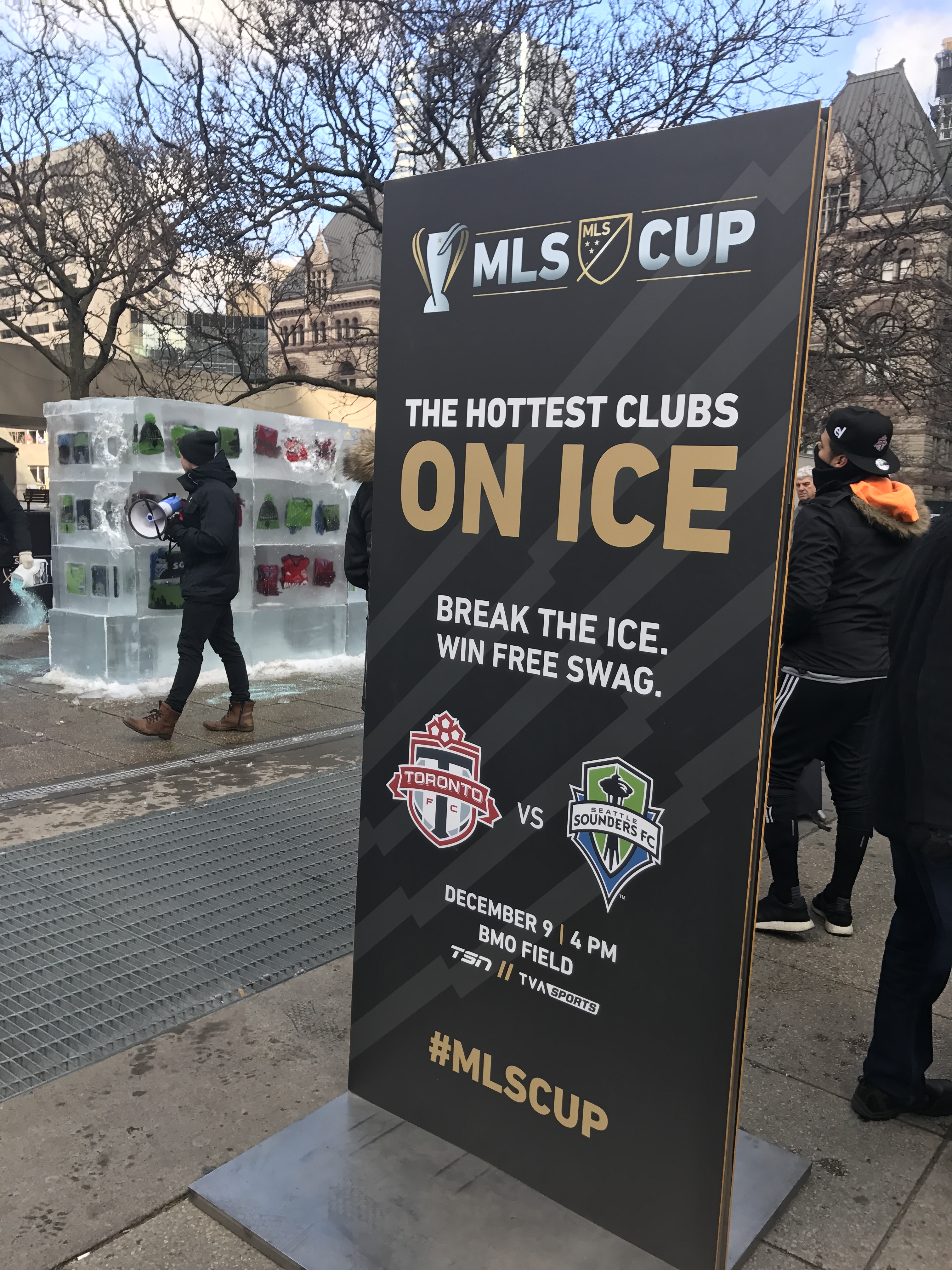 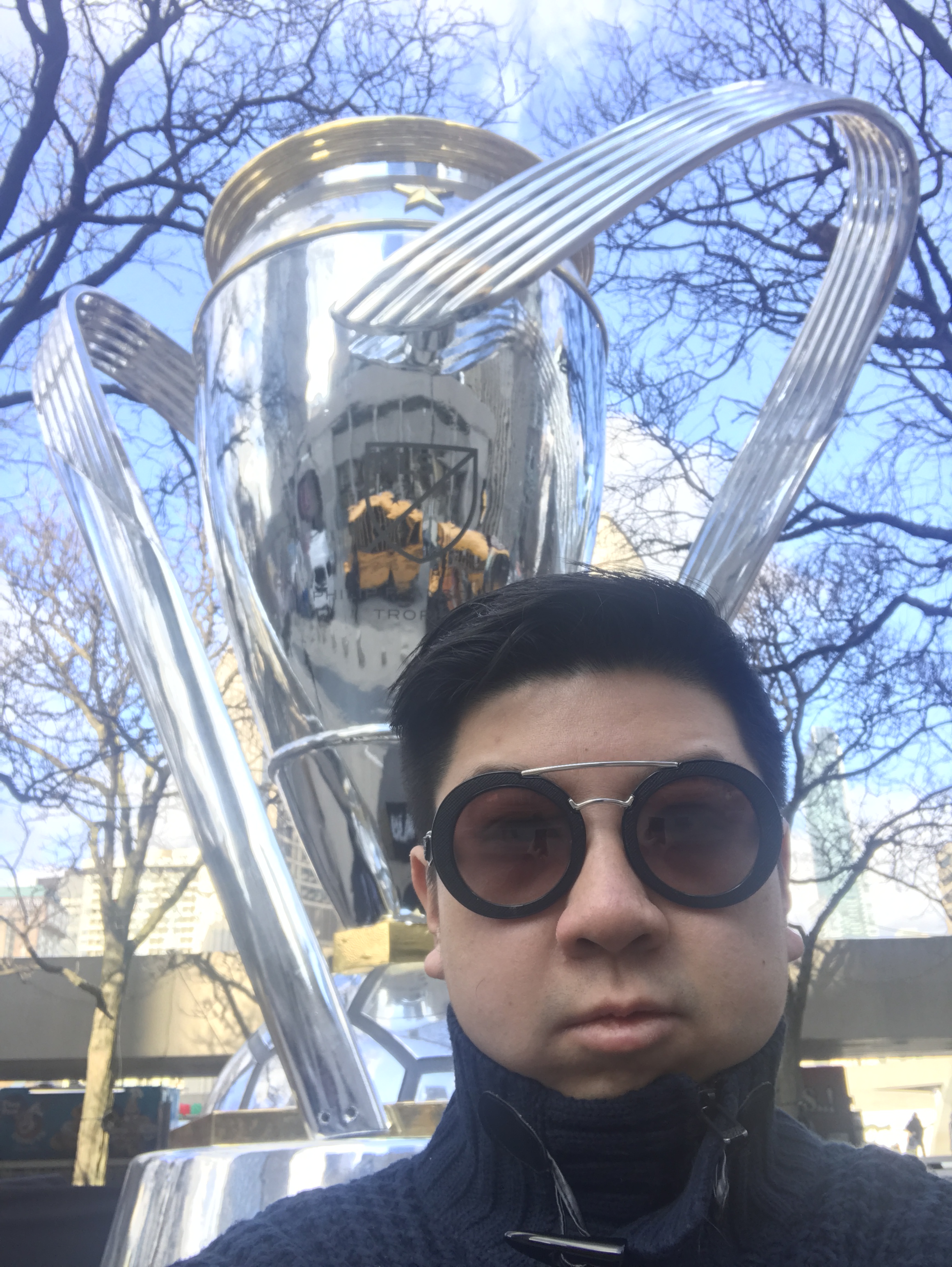