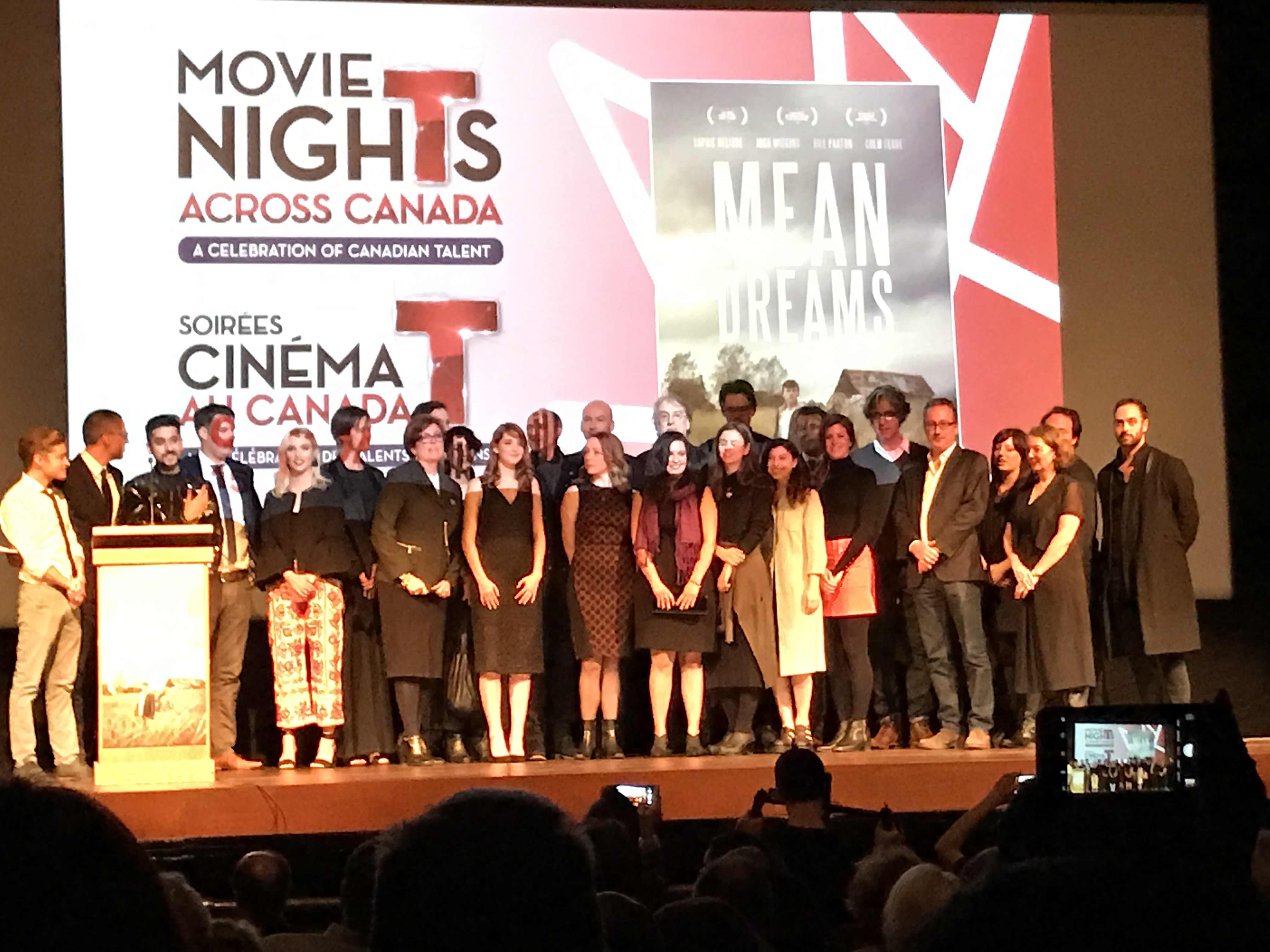 To kick off this special “Movie Nights Across Canada” campaign in 2017, it started with Toronto, Ontario first. The event was held at the iconic Elgin & Winter Garden Theatre, which I am sure many of you are familiar with this venue since it’s a prime hotspot during TIFF (Toronto International Film Festival). The film that was showcased during this special evening was “Mean Dreams“, directed by Nathan Morlando, distributed by Elevation Pictures (Canada) and DreamWorks (International). 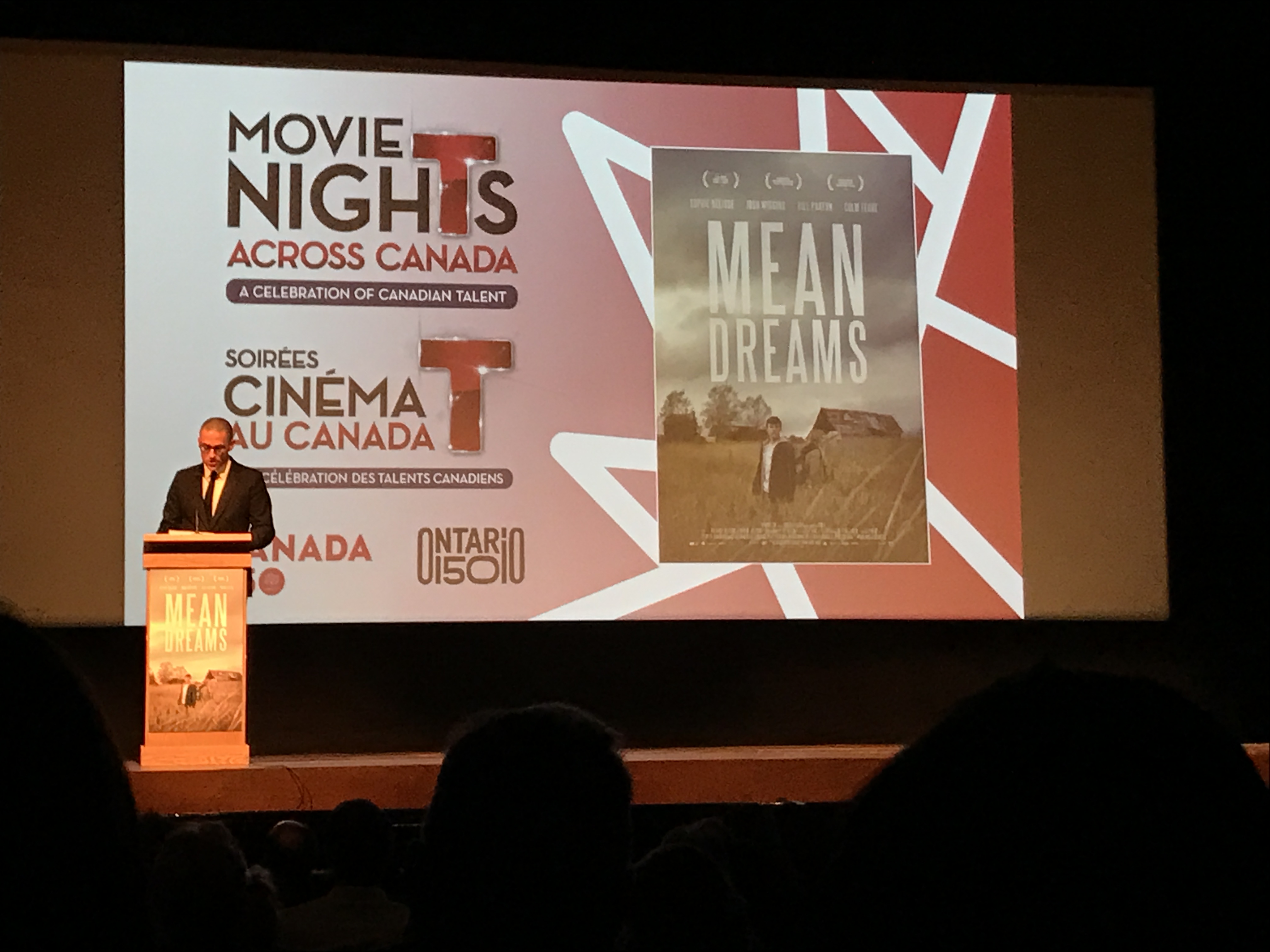 As we entered the theatre, a friendly doorman had kindly opened the door for us, followed by the lovely staff who guided us to the VIP coat check station, then we took a classic historic elevator (it still working) that lifted us to the 5th floor, where all the casts, VIP guests got to mix & mingle with lovely wine and hors d’oeuvres before heading into the theatre for the film screening.

After filling up our tummy with some delicious food and wine, it’s time to head into the main event, which was to watch the film “Mean Dreams”. Our seats were situated at the ground level and in the mid-section of the theatre, super prime spot. This theatre, I must say, is beautiful, it’s gorgeous and it has trees and decor at the back section of the theatre, it’s like a forest within the building. 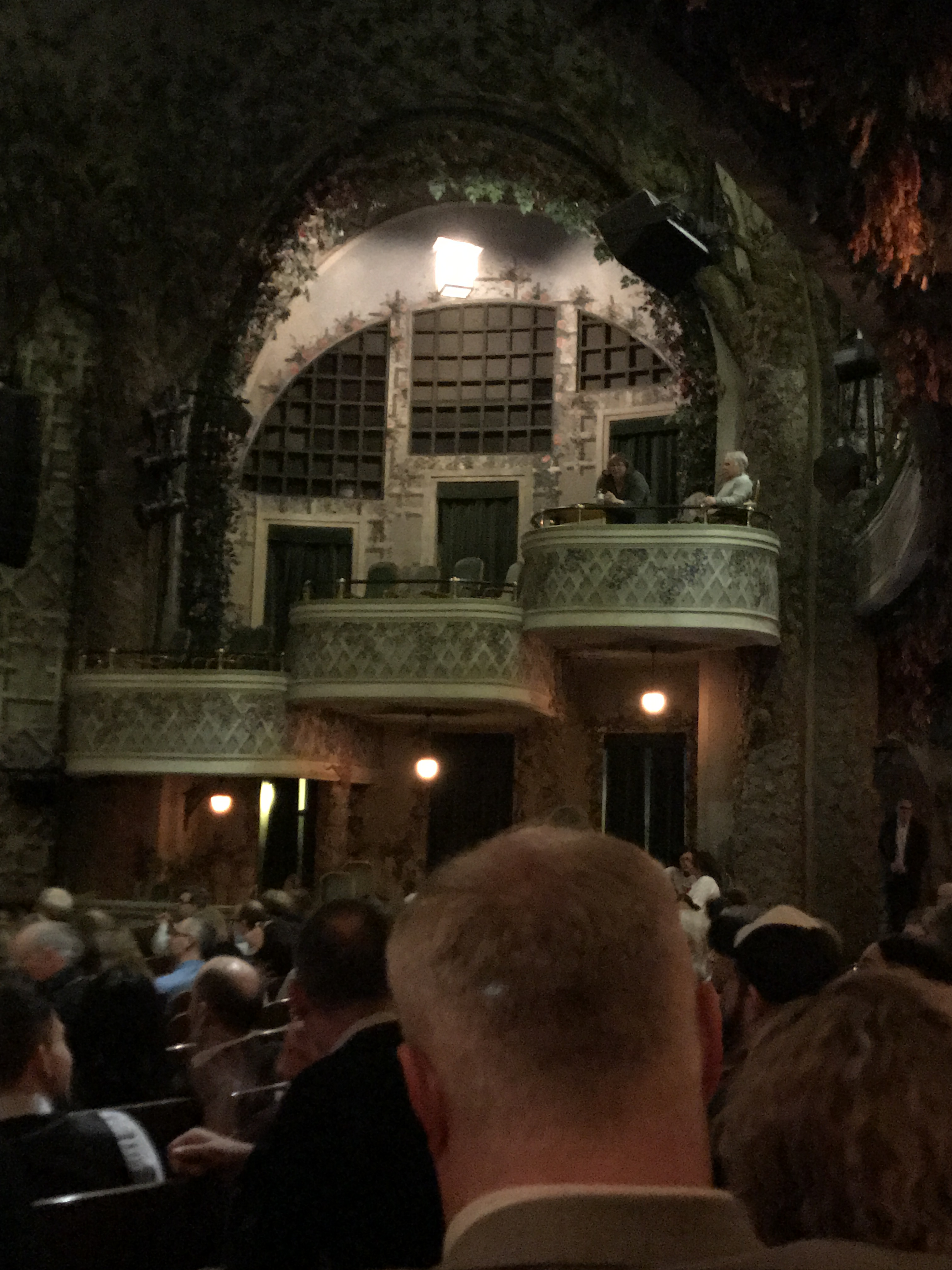 Before the film screening began, the hosts of the evening were Vinay Virmani (Dr. Cabbie) & Liz Trinnear (TV Host for Much Music & eTalk CTV). They setup the evening nicely with funny jokes, hilarious moments and most importantly, introducing the audience what “Movie Nights Across Canada” is all about and how important it is to showcase Canadian film and the talent.

The hosts first introduced the Minister of Canadian Heritage, The Honourable Mélanie Joly on the stage. She raised a great point when she said why Elgin & Winter Garden Theatre was the perfect choice to kick off this “Movie Nights Across Canada”, coz this theatre is a historical building that was built in 1913! Wow! 1913 and it’s still free-standing, definitely very fitting to showcase our Canadian talent and the heritage of our Canadian culture. Then, the Minister of Tourism, Culture and Sport, The Honourable Eleanor McMahon was on stage thanking the audience for attending showing our support to Canadian films. She talked about the beauty of Canadian diversity and multi-culturalism, developing the young generations of talent to produce and create good products. 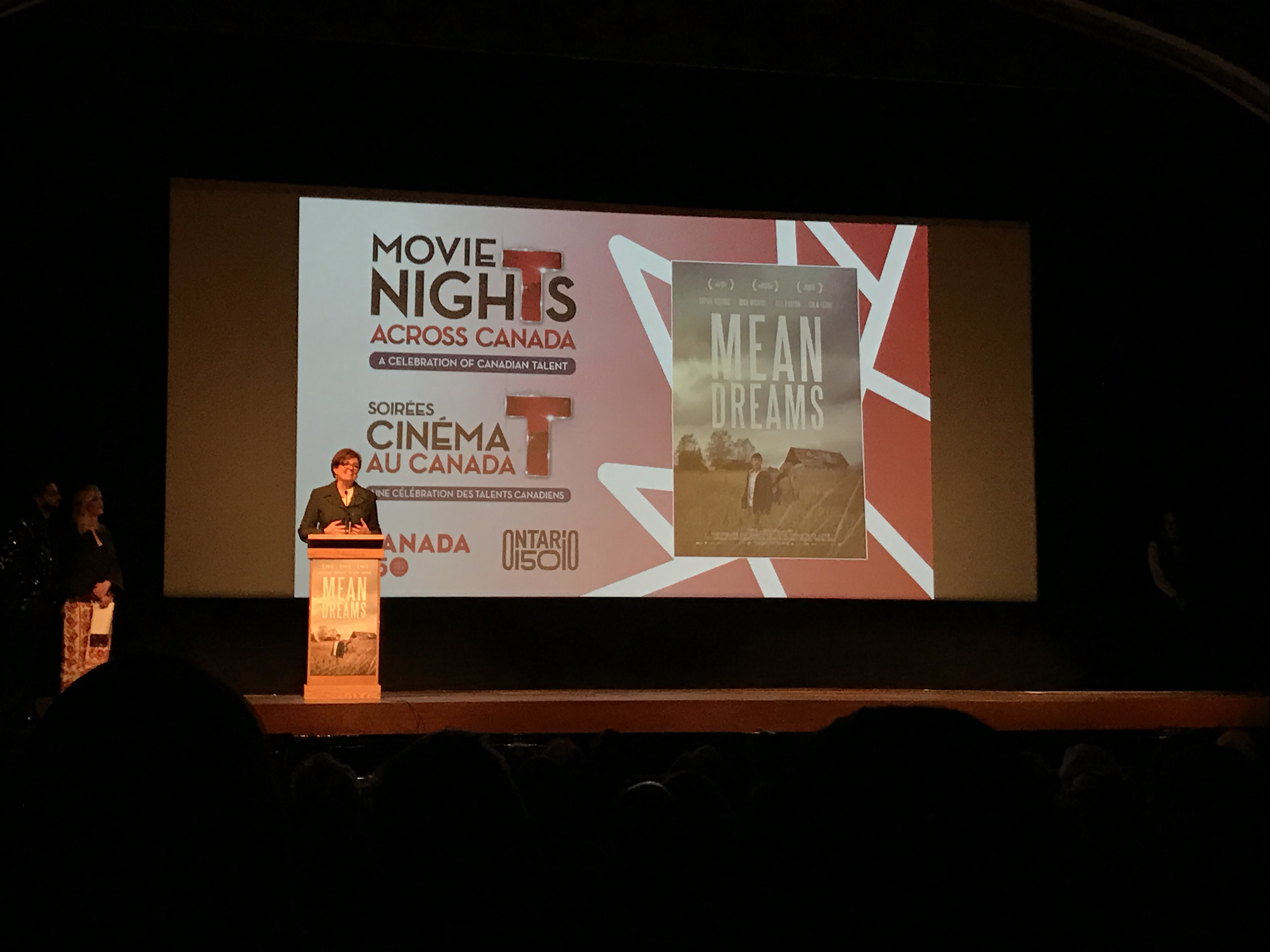 Last but not least, Director of the film “Mean Dreams”, Nathan Morlando was on the stage, thanking his talent and his crew. Thanking TIFF, Telefilm and other sponsors and corporations for their support so he could produce such a great film and other projects. Then, the entire Mean Dreams cast were on stage. It was quite a cool scene to recognize all the cool talent on the stage. I am very proud to be Canadian and really proud we have so many passionate Canadian talents, working very hard, trying to produce good films for people around the world to enjoy.

Then, the film screening happened. It was definitely a very well-made film, in terms of the photography, the direction, the cast, the story plot, no wonder it was being showcased as the kick off film for MoVernie Nights Across Canada. 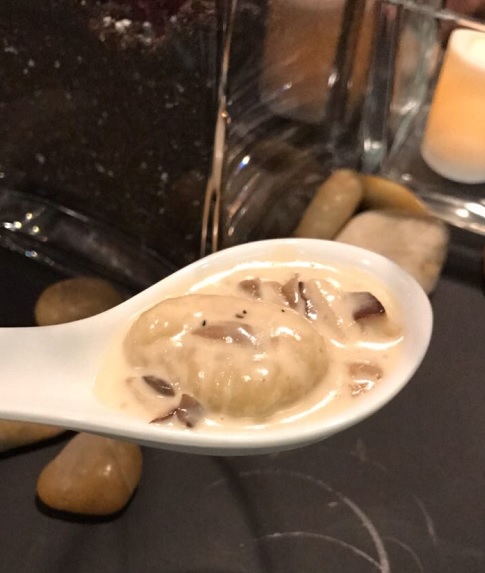 After the film, we walked back into the VIP Lounge to indulge more great wine & food. And on top of that, we got to mix & mingle with the industry people. It was definitely a very awesome evening with great food & drink, amazing film screening and a perfect time to celebrate Canada 150. I would like to use this opportunity to Media Profile for inviting me and my guest. I am very glad and grateful that we were there to witness such an awesome event! THANK YOU! 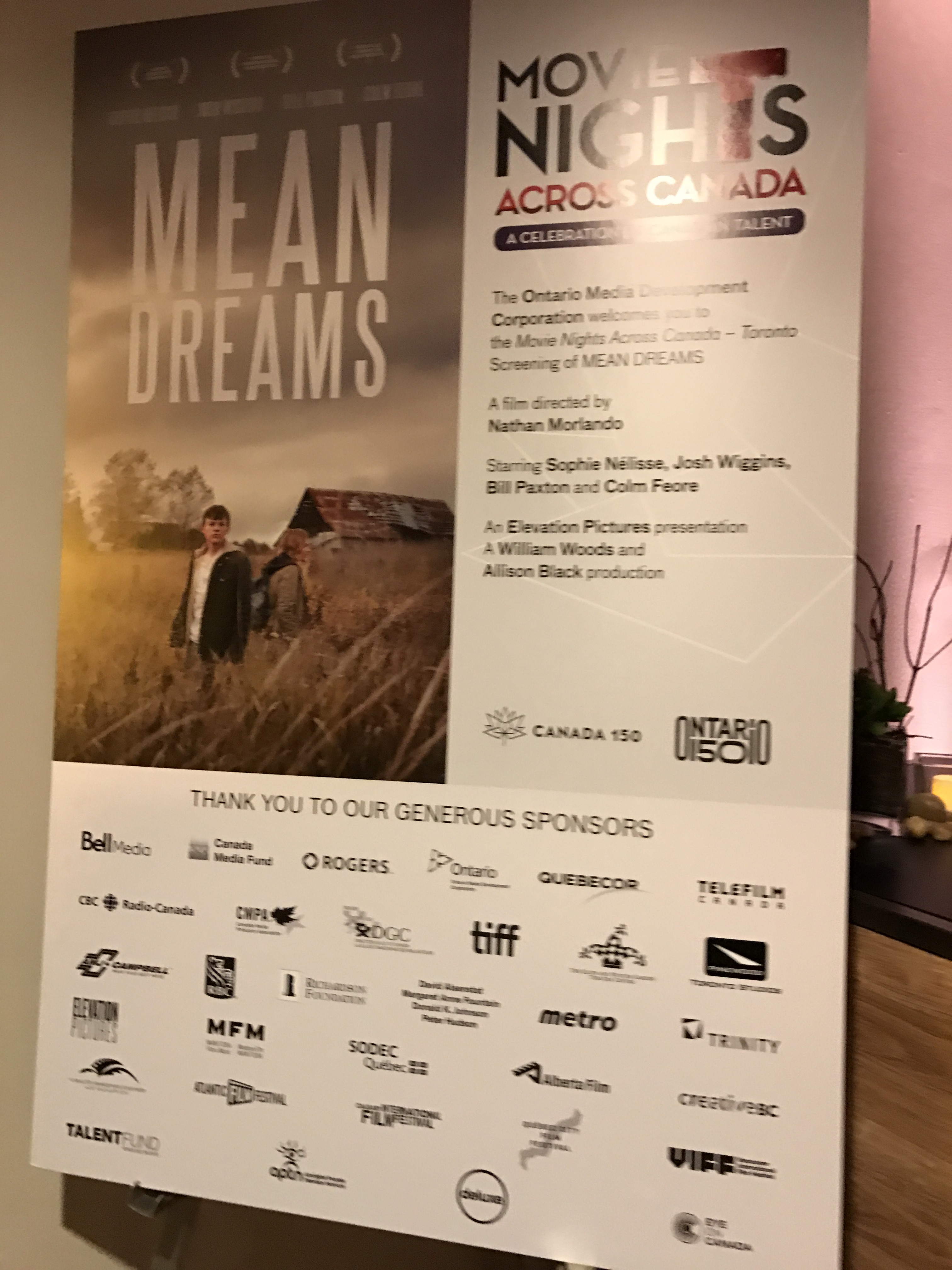 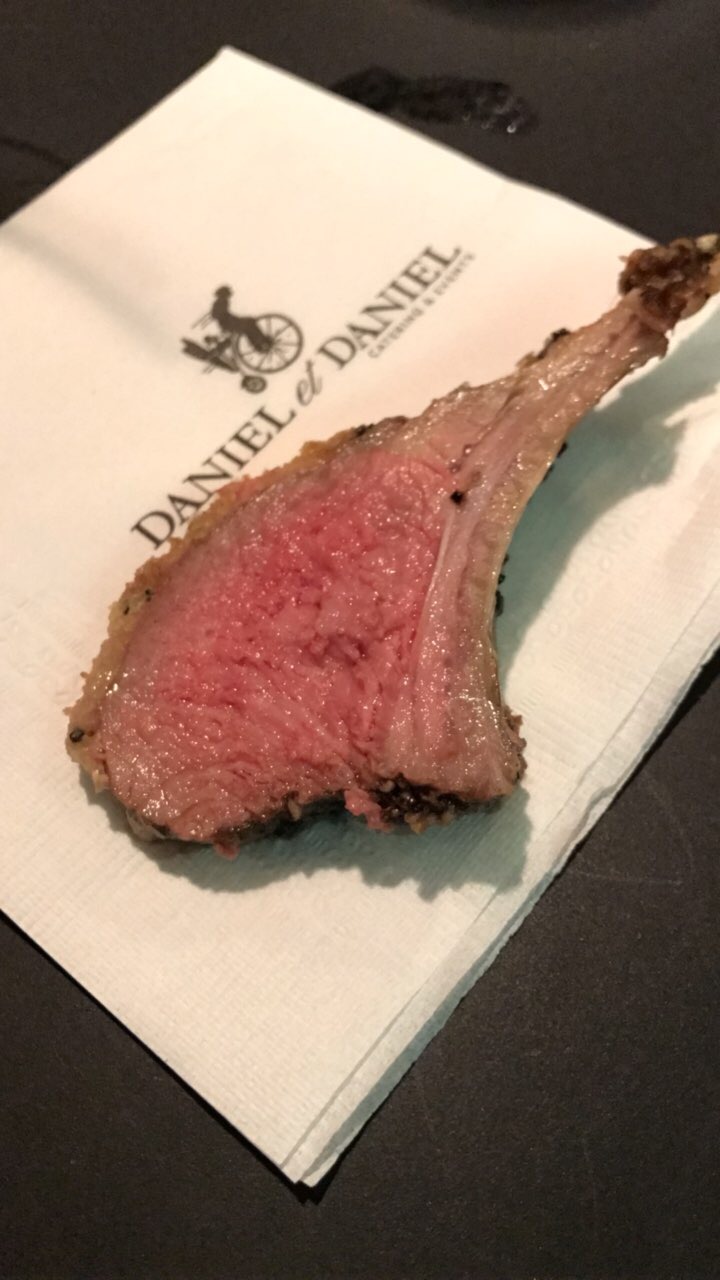 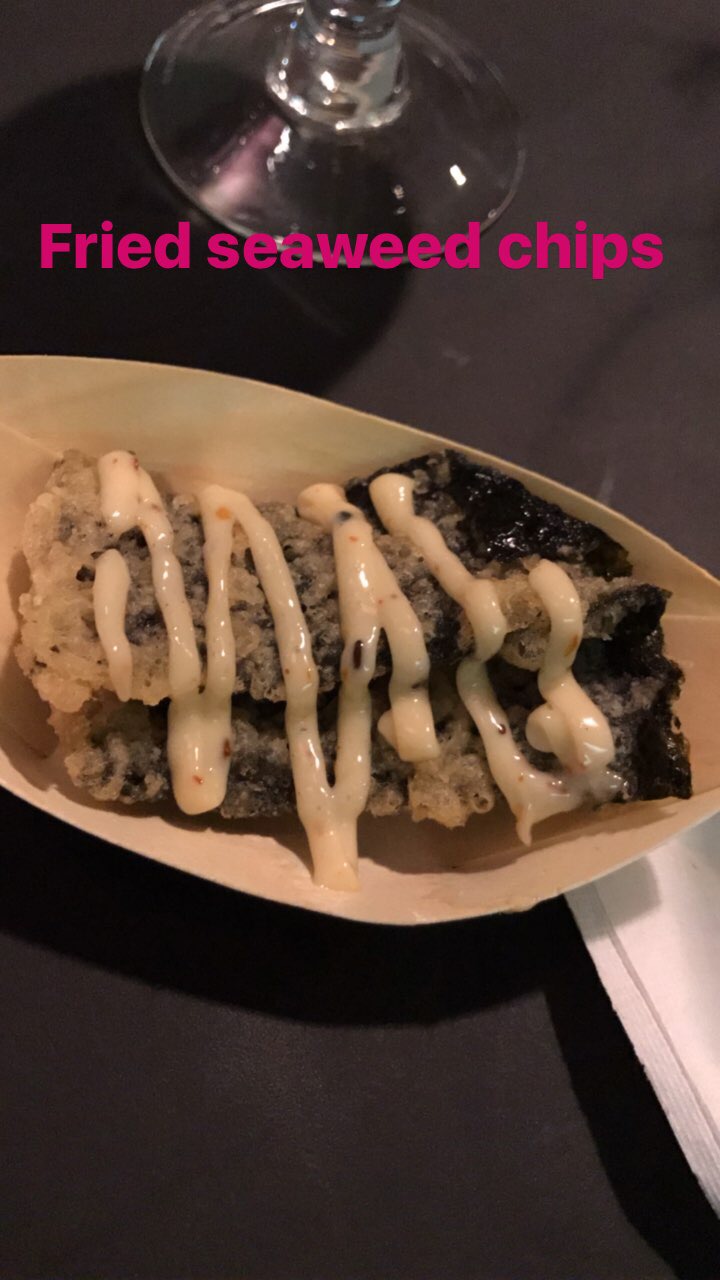 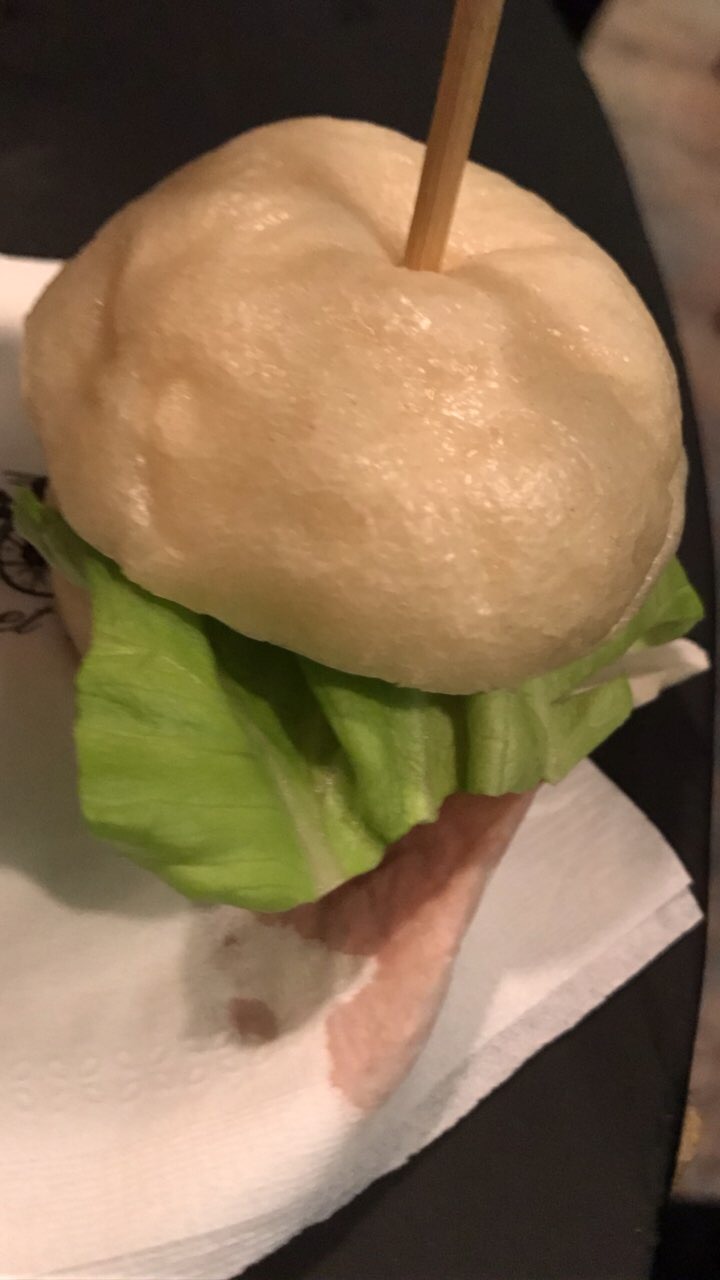