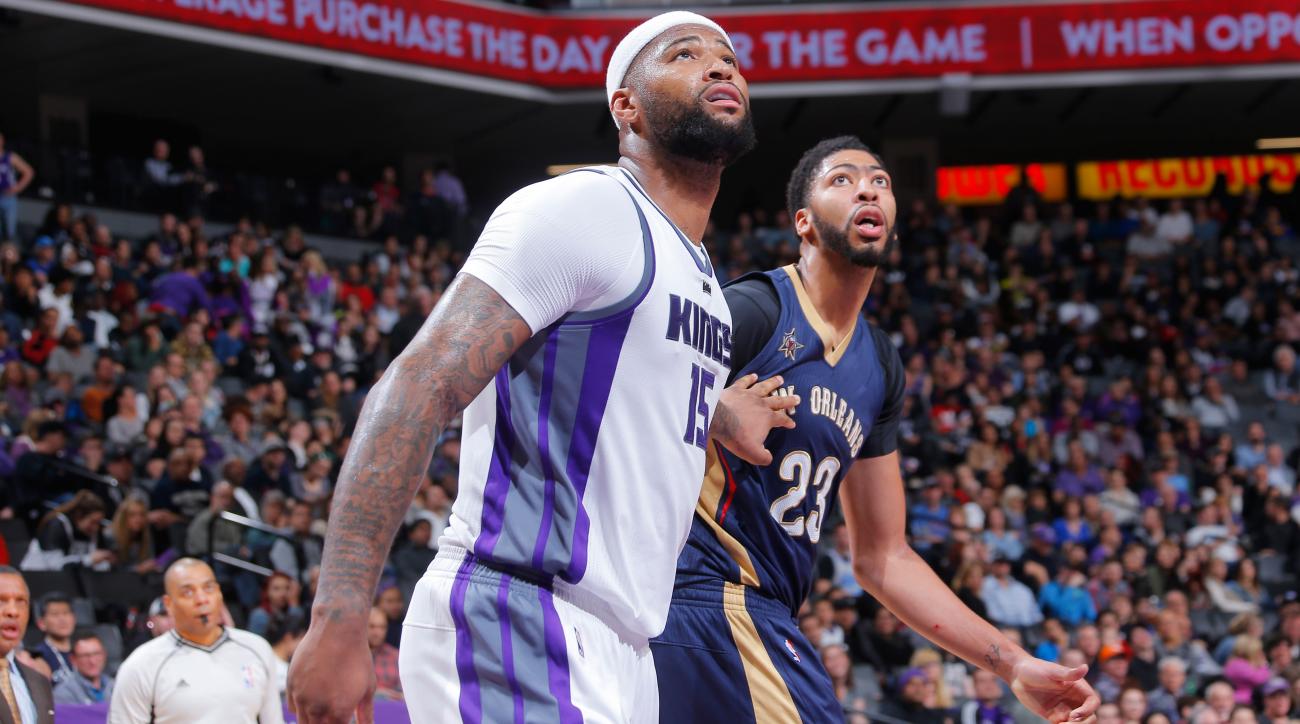 Breaking News: According to Adrian Wojnarowski of The Vertical, the Sacramento Kings have agreed on a deal that would send centre DeMarcus Cousins to the New Orleans Pelicans.

Just as the NBA All-Star Game has concluded, DeMarcus Cousins, who was also one of the participants at the all-star game, will find New Orleans Pelicans as his new home. Anthony Davis, the NBA All-Star Game MVP with NBA record of 52 points got more than just the MVP trophy. Now, he has another all-star to play along with him. 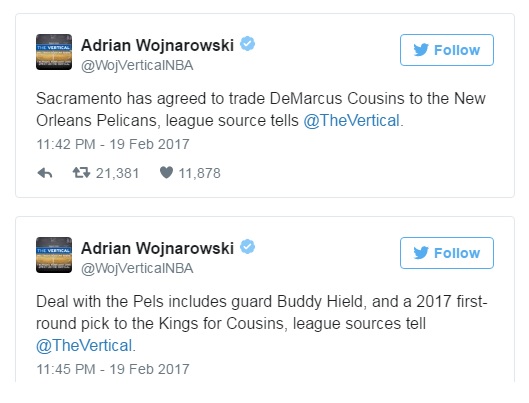 Two above average front court players playing along side each other, this will form a new 2-headed monster in New Orleans.

Although the number of players heading to New Orleans and Sacramento are still being discussed, but no super star are heading back to Sacramento. I am quite shock that the Kings would be willing to trade Cousins, a very dominant centre for no super star in return, basically giving up their team away. This trade reminds me of the worst time when Toronto Raptors traded away its franchise player, Vince Carter to the New Jersey Nets for a few bags of chips (sorry to remind so many Raptorsfans of the painful trade).

Never in my mind that New Orleans is a destination to land Cousins. I would have thought at least perhaps Cousins being traded to Indiana for Paul George. Anyway, at this point, I don’t know which team is the worst in terms of running with a poor management team. The Brooklyn Nets? The Knicks? Or what about the Sacramento Kings?