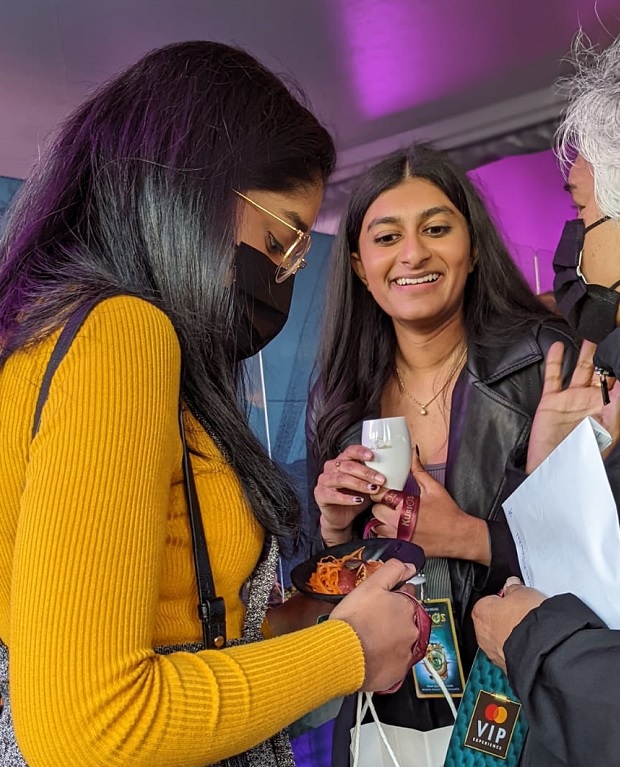 Ok! So….I got to admit, I have heard about this show called “Never Have I Ever” and it’s on Netflix. Numerous times I seen it popping as one of the selections whenever I watch Netflix, but I just didn’t have any urge to watch it, perhaps maybe I ain’t sure if I want to watch a teenage TV shows about troubles, parties and young kids when I am already past my prime as an adult. But I did know it’s about an Indian girl who wants to get laid and be popular at her school. That’s how much I know.

In fact, I met the main actress in-person back in April 2022 at the Media VIP Reception for the Cirque du Soleil show called “Kurios“. She was wearing a facemask and accompanied with her family at the Mastercard VIP Reception. My guest told me, “Vern! You got to take a pic of her coz she is popular”.

Although I didn’t know who she was, I snapped a pic for safety. Why not, just take a pic. 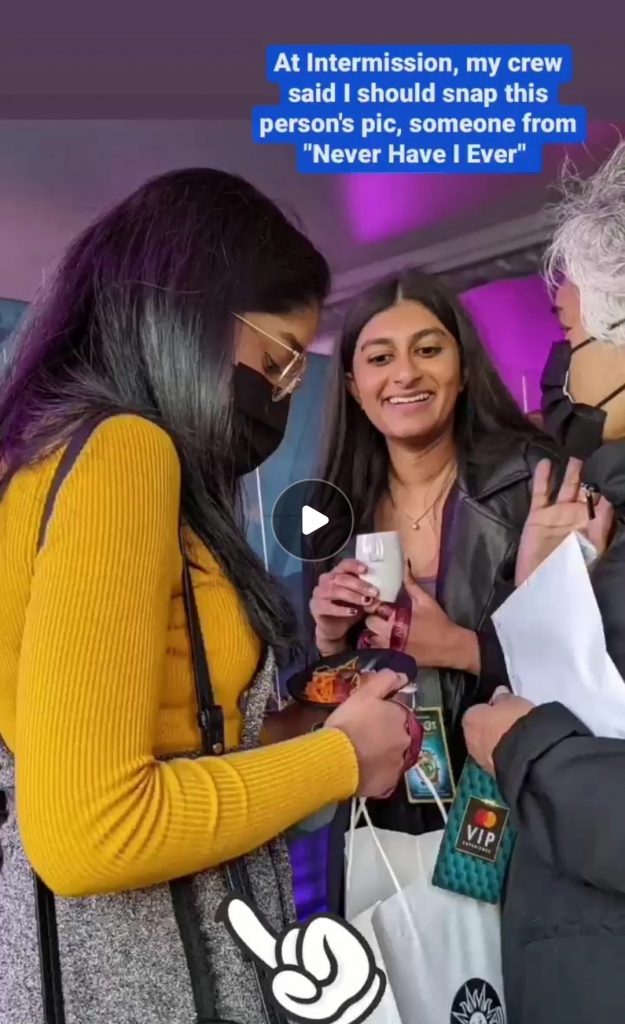 And for some reason, early this week, I saw Netflix popping up “Never Had I Ever” again and had indicated that the new Season 3 will be air this Friday, August 12. I saw the trailer and realized each episode is only about 30 minutes, it’s shorter than other one hour show, I was like, “Why not? Let’s check out the 1st episode and go from there”.

After watching the 1st episode for 15 minutes, I felt in luv with the show. The main character named “Devi” is so funny and natural. She is simple, genuine and very authentic. She is ordinary, natural and just simply I could see many people could relate to the issues or problems that she faced daily and I think there are many people out there who finally have a South Asian girl to look up to.

What I like about this show is that…..people with colour, South Asian, Black, Asian played the main characters and they all speak great English and they live in USA and they share American culture. This is a rare precious story plot as usually, even if the show is about the culture and ethnicities, it’s top heavy about the cultures, but sometimes, we just don’t want to be overwhelm by the cultural stuff, but instead, we want to watch people with colour being the main character and living the normal North American life. I think this is why I quickly fell in luv with the show.

Now that I know Devi’s real name is “Maitreyi Ramakrishnan“, I will do my best to learn more about her and I need to know how to properly pronounce her name so in case next time I see her again, I know how to say her name properly.

I wish her all the best in her young career and hoping she will continue to stay humble and down-to-earth and not take things for granted. More importantly, I look forward to watch her in other roles and not being confined into this box. I am confident that Maitreyi will be good in any roles, she is up for the challenges!

MoVernie FUN FACT: Did you know….Maitreyi Ramakrishnan is a Canadian Actor who is from Mississauga, Ontario, Canada? She got the Devi’s role against 15,000 people who auditioned for this role.

MoVernie QUESTION: Tell me why you like Never Have I Ever? And who is your favourite character?

Here is the Trailer for Never Had I Ever – Season 3.