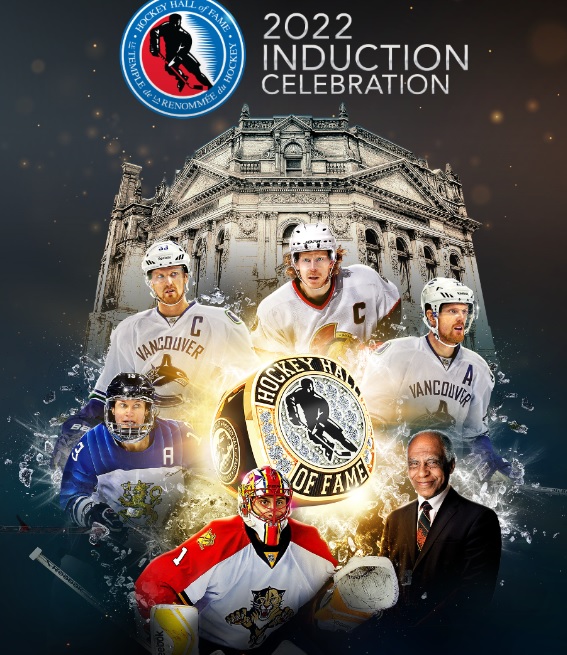 Hockey has always been a popular Canadian sport and then expanded to the United States and then all parts of the world, along with Russia, Sweden, Finland and other countries. However, when this sport first began, it was dominated by white people.

There were tons of racial barriers that the minority people have to break through trying to make it to the NHL and become a professional hockey player. Even in the management level, all levels of the hockey industry, including media, it’s very difficult for people with colour to get into the industry.

I, myself, included was one of the rare media journalists who got to cover the NHL and Hockey Hall of Fame, 10 years ago, I hardly saw any other Asian counterparts covering hockey. I stood out and possibly one of the rare ones.

But as time and society are making changes, I am seeing the hockey world is becoming more diverse, more inclusive, whenever I cover the Hockey Hall of Fame in the past few years, I am seeing more Asian and other people with colour covering red carpet, interviewing the athletes and the organizers are more inclined and used to having us to cover the event.

Additionally, NHL and Hockey Hall of Fame has been recognizing all the trail blazers who made impact and contributions to the hockey communities. They are recognizing black people who plays the game as athletes or management. Moreover, they are also recognizing the female athletes who are making their impact, motiving other females to play the game.

It takes time as our communities continue to make progress and I am seeing more positive strides and efforts made by our society to provide people with colour more opportunities to show our skills and abilities.

And currently, we are seeing Asian players making the NHL such as the Robertson brothers. Jason Roberton of the Dallas Stars and Nick Robertson of the Toronto Maple Leafs. Both brothers were born in the United States but with Filipino descent on their mother’s side and Scottish on their father’s. Their mother was born in Manila and immigrated to the United States when she was three years old.

I would like to use this opportunity to thank you to the organizers, the PRs and people who gave me a chance over the years to break through the barriers to be able to cover these special events and be able to showcase my abilities to share my experiences with my audiences and followers.

Here is a great read on this article titled, “Robertson of Stars embraces being role model for Asian Americans“.