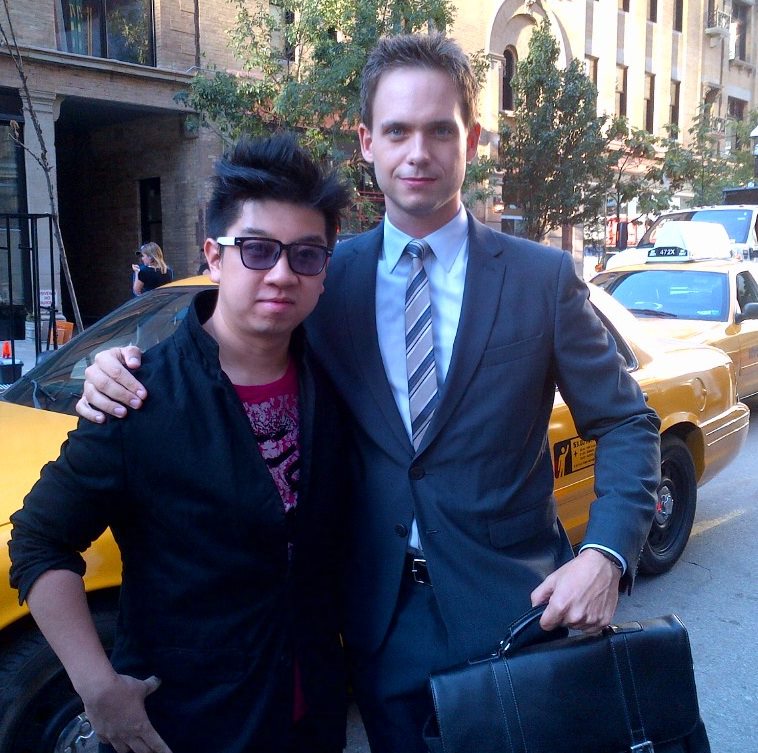 SUITS USA has just announced that Patrick J. Adams & Meghan Markle will not be back for the 8th season. Although I did expect Rachel Zane (Meghan) to leave the show since she is marrying Prince Harry but I didn’t expect Mike Ross (Patrick) to leave as well.

Anyhow, throughout the 7 seasons, it was awesome seeing @patrickjadams filming in Toronto every summer. I was lucky enough to see him, chatted with him a number of occasions. And when we happened to be at the same VIP events, I got to say hi or chatted with him. Suits Fans, I can confirmed that Patrick is a nice guy behind the cameras, he is never snobby or feel like he is a big star, he is always genuine and try to accommodate his fans wishes for a photo or autographs.

I wish him all the best coz SUITS will never be the same without Mike & Rachel.