One of the sightseeing spots during our taxi tour in St. John’s, Newfoundland was the Quidi Vidi Village.  The taxi driver told us that it’s a little fishing village that residents live there and there is a famous Quidi Vidi Brewery. It’s the largest brewery in Newfoundland and it won a number of awards for its creation of great beer. In particular, they produce a beer called “Iceberg” which is made out of 20,000 years of iceberg water.

I had personally tried it in bottles as well as a fresh pint and I could confidently tell you that it’s a MUST TRY. The price on the Iceberg beer is relatively more than other regular beer but it’s well worth the extra cost. The beer is smooth, tasty, super refreshing. I know some doesn’t like it coz it doesn’t really have alot of head but I like it alot, it doesn’t have much carbonation in the beer, it feels like drinking fresh water but with alcohol in it. 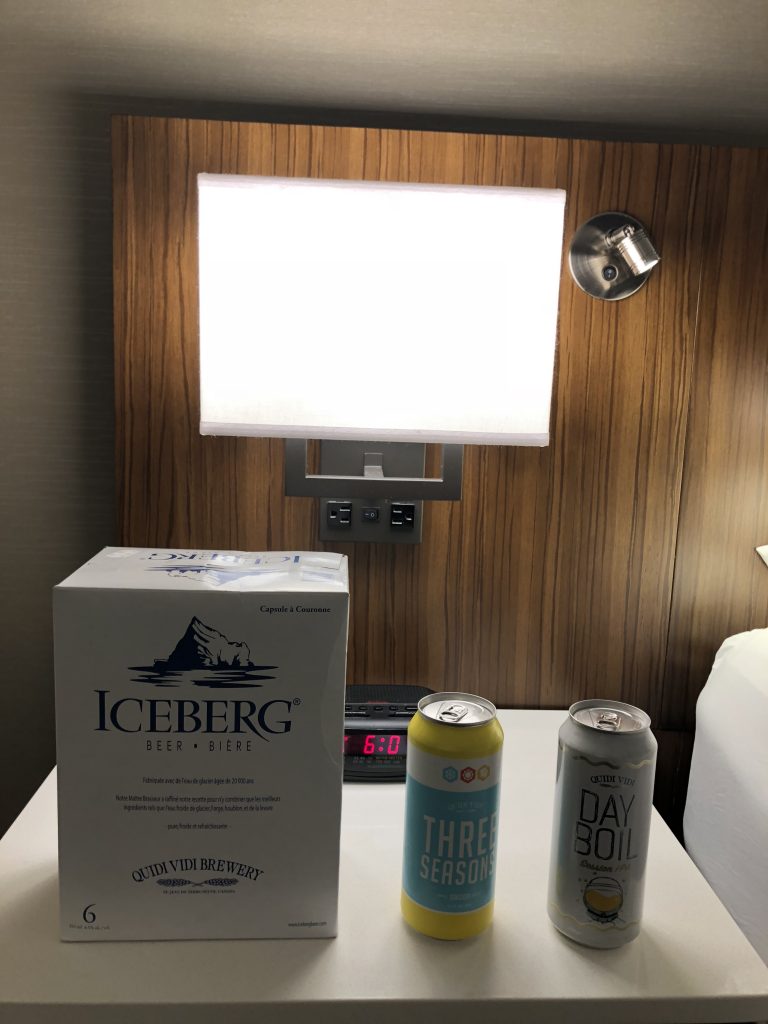 When I first saw the words “Quidi Vidi“, I didn’t know how to properly pronounce it nor do I know why it has such an interesting name. The locals told me that Quidi Vidi is named after the lake and harbour known as “The Gut“. You pronounce it as “Kiddy Viddy“.

Outside the Quidi Vidi Brewery, you see lots of nice fishing boats, fishing houses and a beautiful landscape. It’s calm, peaceful and just so relaxing.

If you have time, I recommend you to visit this Quidi Vidi area. This village is a bit away from the downtown St. John’s, so you can’t really walk there. You could, but it will take you at least 45+ minutes, I suggest you either take a cab or get a car rental.

In order for me to explore what St. John’s, Newfoundland has to offer, this press trip from the flights to accommodation were provided by Air Canada. However, my visit to the Quidi Vidi Village & Quidi Vidi Brewery and the opinions expressed in this post are entirely my own.