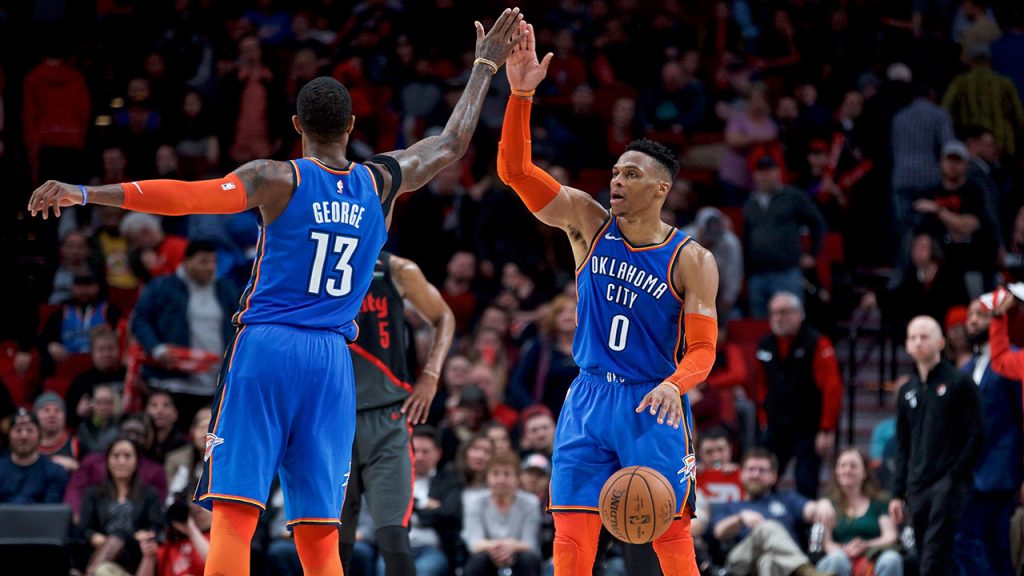 Before Kawhi signing with the Los Angeles Clippers was set in stone, as per Adrian Wojnarowski’s report that OKC Thunder GM, Sam Presti reached out to the Toronto Raptors Masai Urijri and see if Masai has any interest in acquiring both Russell Westbrook and Paul George.

As per ESPN’s Adrian Wojnarowski,

Had Presti been able to strike a deal for George with the Raptors — and Leonard was willing to stay — George was believed to be willing to join the Raptors too, sources said. Presti pursued a package of Russell Westbrook with George to the Raptors — with the NBA’s Most Improved Player, forward Pascal Siakam as the centerpiece of a deal — and Ujiri balked, league sources said.

I have seen a number of my followers or friends were pissed at Masai for not pulling the trigger for such a trade. Before everyone gets pissed off, let’s hold our horses and analyze this further. We have to understand that both Paul George and Russell Westbrook signed their max deal within the past 2 seasons, with Russell signing his super max deal for an average of annual salary of upward of $40M a season. Does it make sense to tie up your team to acquire these 2 players while giving up an up & coming Pascal Siakam and possibly Kyle Lowry to match the massive incoming salary? And even trading for both players do not guarantee that Kawhi Leonard will resign with the Toronto Raptors.

I don’t mind Paul George who is a great player, team oriented with a great personality. However, I am no big fan of Russell Westbrook, he jacks up shots, volume shooter and doesn’t play a team game. His presence may affect the overall culture in the locker room and the potential development of our young Raptors players may put to a halt. Besides, if it didn’t work out for George and Westbrook in OKC, then how would this work out in Toronto? Russell Westbrook style of play reminds me of Carmelo Anthony. If Westbrook doesn’t change his style of play or follow what coaches want him to do, Westbrook will very much become the next Carmelo Anthony, where he will not fit any NBA team’s game.

Besides, we don’t know if OKC Thunder GM Sam Presti is for real being serious about such a trade with Masai or just to use it as a leverage to scare the shit out of the Clippers to get more assets from the Clippers to sweeten the Paul George deal to the Clippers.

Overall, I am so glad that Raptors Masai didn’t bite on such a trade with the OKC Thunder which can jeopardize our future and tying up our team salary cap. I rather we keep developing Siakam and look at other ways to bolster our future with other help pieces down the road. To those fellow Raptors Fans who are steamed that Masai didn’t pull such a trade with the OKC? Stay calm and carry on. You have to trust Masai.