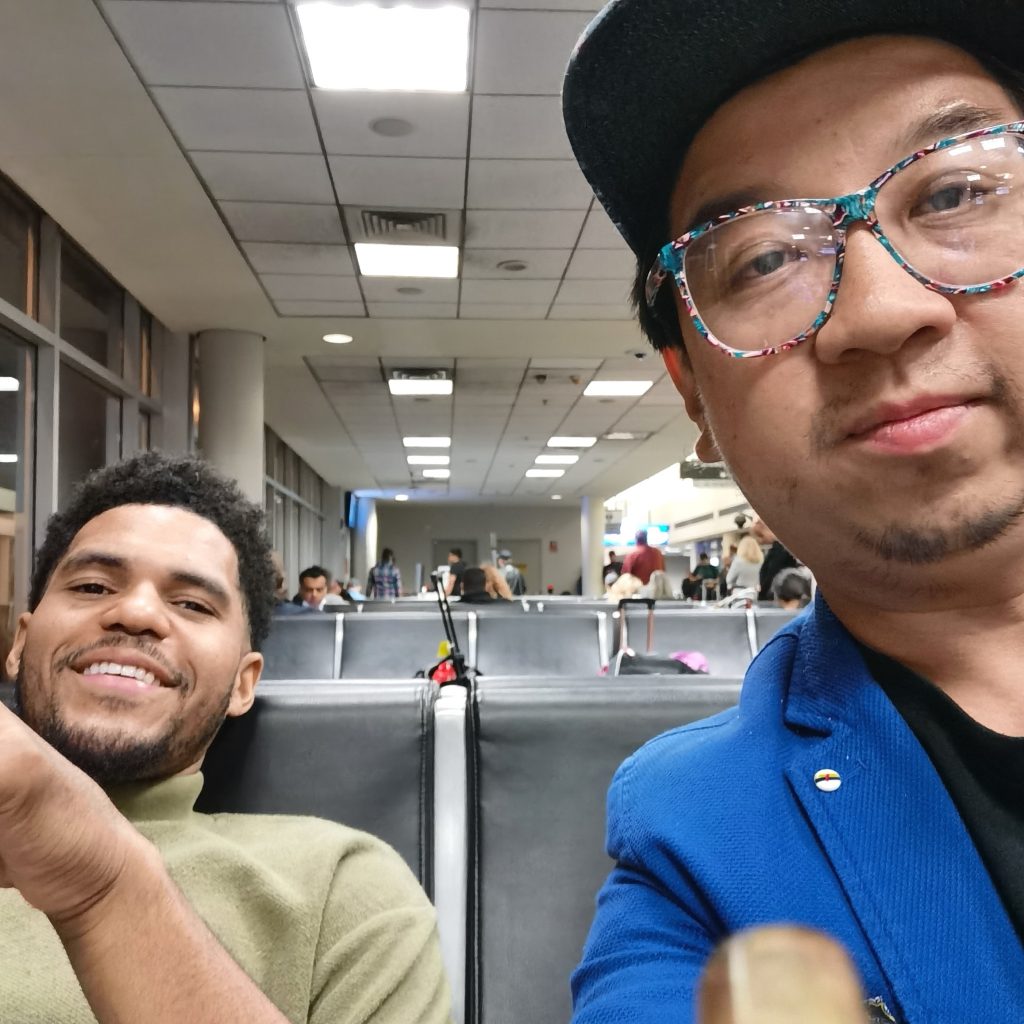 At airports these days, you just don’t know who you may bump into.

I would never imagine to see Philly 76ers, Tobias Harris, who is sharing the same flight as me to Toronto (if there is even a flight happening as American Airlines staff said they are looking for a pilot).

It’s been delay after delay for over 2 hours now.

I always thought, making $35M/season, a star like Tobias would fly a private jet, anything is possible. You just never know.

My 1st impression of Tobias? Very relax, calm and low key kind of guy. When our flight got delay after delay, he was calmly looking at his smartphone. He never complained or ever display any signs of impatient.

It was only after 2 hours wait, he stood up from his seat, slowly walked towards the airline front counter, politely asking the ground crew if a pilot is coming or they are trying to get a hold of a pilot to fly us. After the staff responded, he slowly walked back to his seat. It was until midnight (total of 3+ hours of delay), he realized the flight will not take off, he decided to leave and possibly return back to his Philly home.

And in case you haven’t watch the Netflix movie called “Hustle” yet, Tobias and along with some of the 76ers players made their cameo in the move starring Adam Sandler and Juancho Hernangomez. It is a great movie, I enjoy it very much!

Check out the Hustle Trailer below.