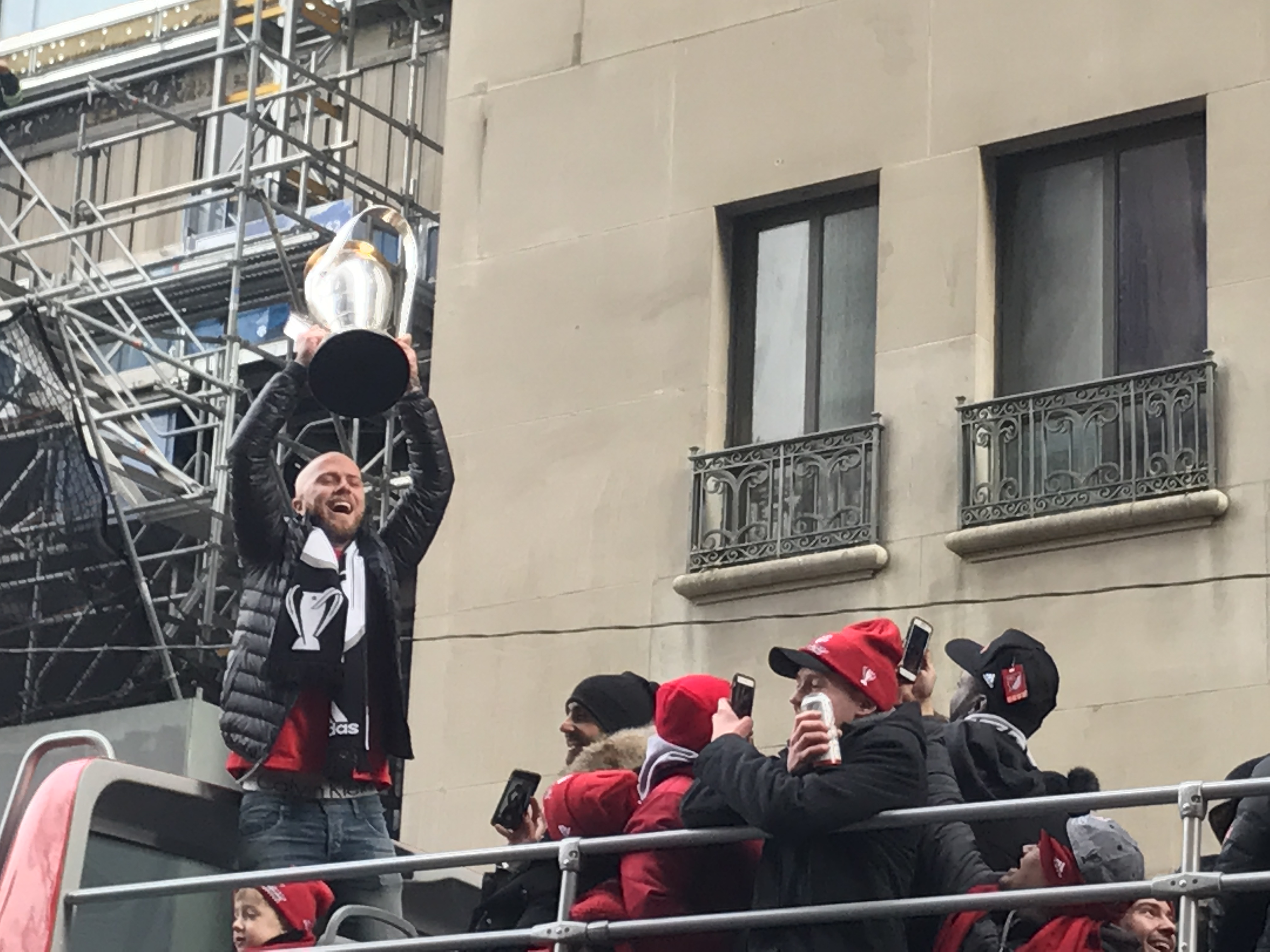 This past Saturday, the Toronto FC won its first ever championship against the Seattle Sounders on home soil.

Today, on a Monday lunch time, Toronto FC fans, management & the players are celebrating the franchise first ever TFC Parade. The parade route began from the Maple Leafs Square, where the Air Canada Centre are located. Then the route began to move north on Bay Street/Front Street intersection, then moving up the Bay/King area, further up to Bay/Queen until it reached to the Nathan Phillips Square for the rally.

First, a police cruiser opened the parade path, followed by a strong piper group marching up the parade. Then, various groups of TFC fans marching, singing, chanting as part of the parade. I was very impressed to see all the happy faces, passionate fans marching peacefully, professionally. They were high-energy groups but at the same time, respecting the city streets, enjoying themselves, I really proud and appreciate such good sportsmanship. 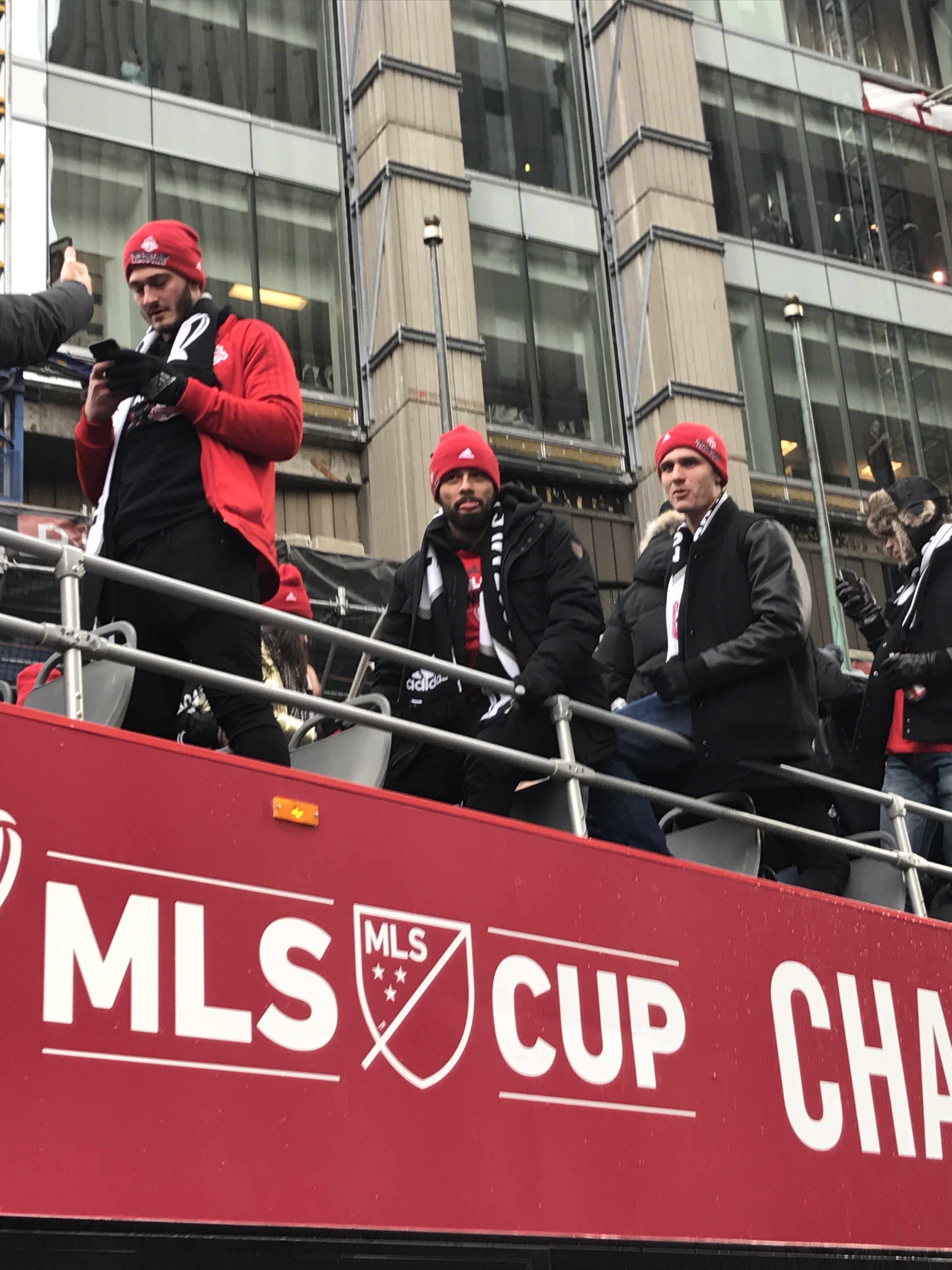 Congrats to the Toronto FC once again for the franchise 1st ever MLS Cup victory. This team has gone so much downs in the past 12 years since its inception to the MLS league back in 2005. To witness the improvement of this team, from top to bottom in recent years definitely brings joy and happiness to the die-hard loyal fans. 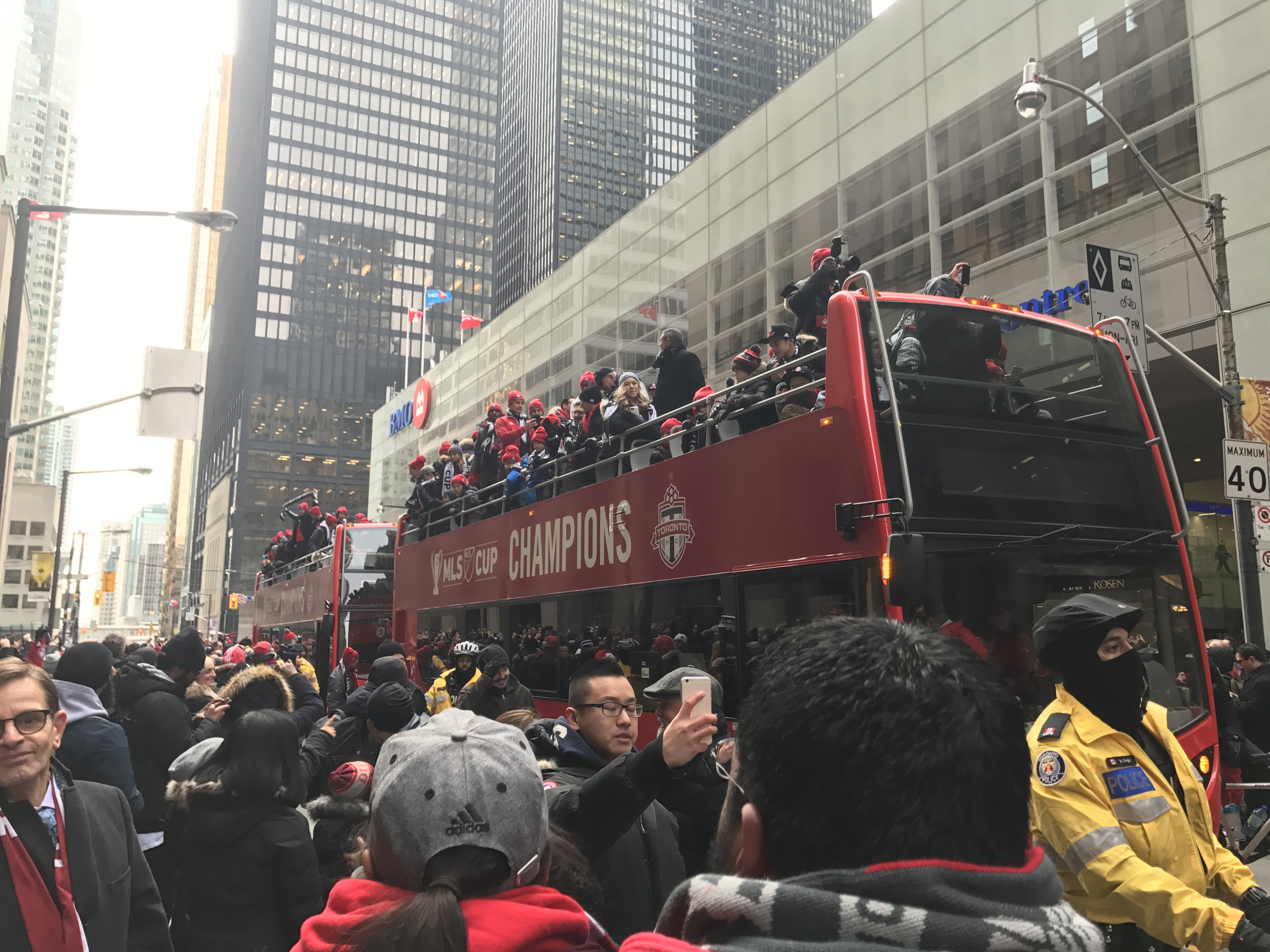 Let’s celebrate and enjoy this moment. Best wishes to the Toronto FC for more victories and championships in the near future!

By the way, City of Toronto Mayor, John Tory has proclaimed today as the “Reds Day“! Let’s go Reds! 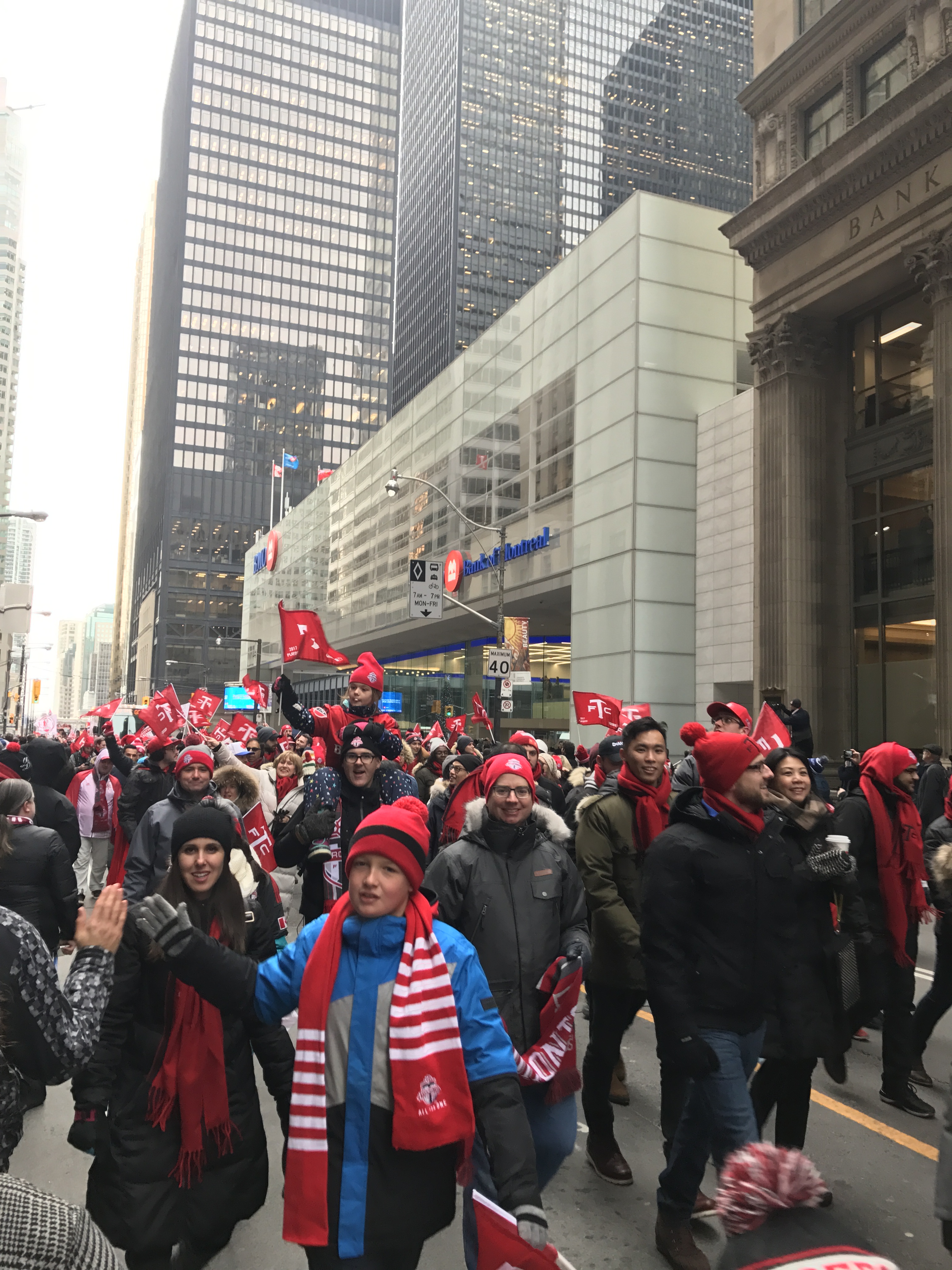 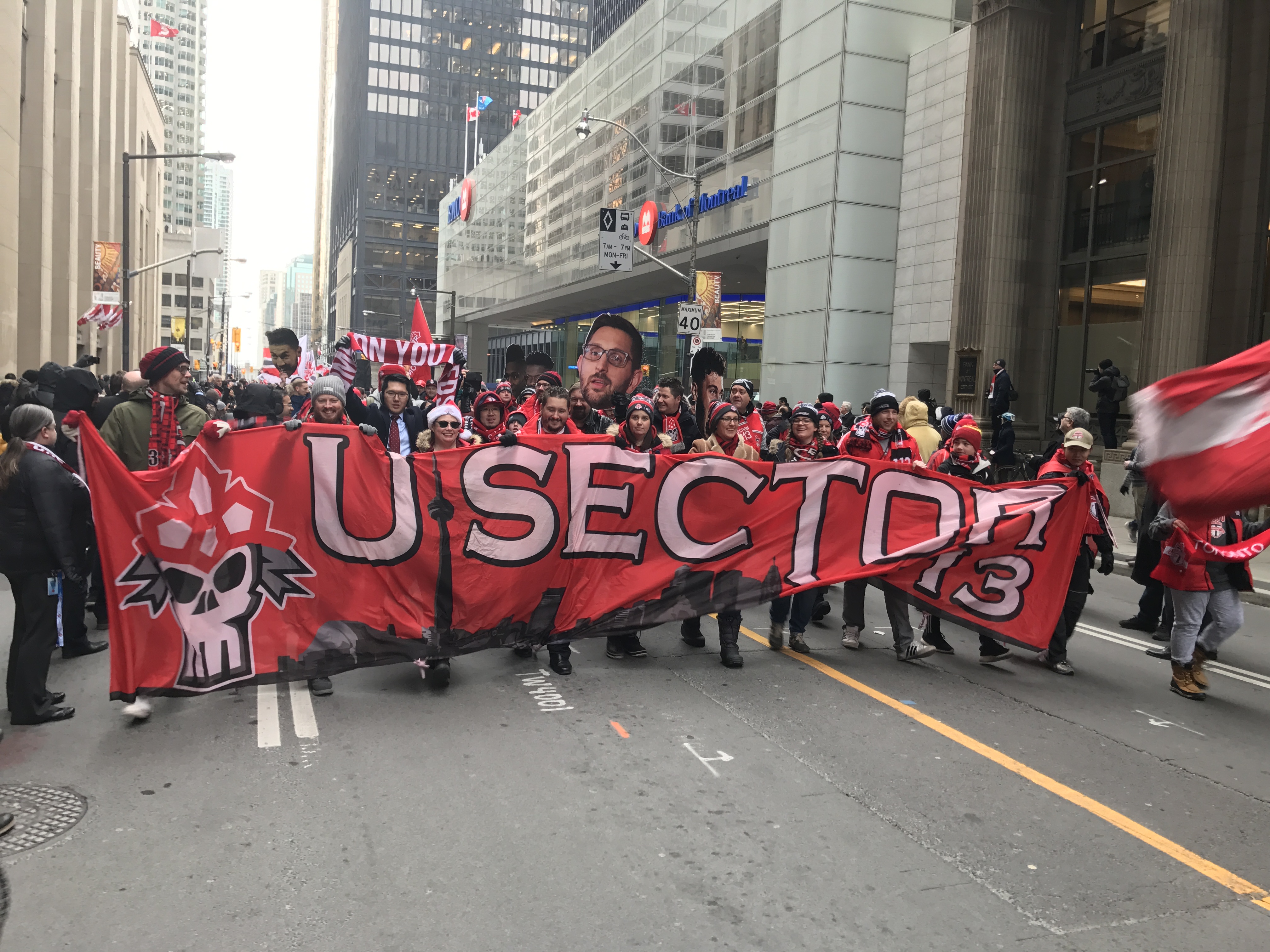 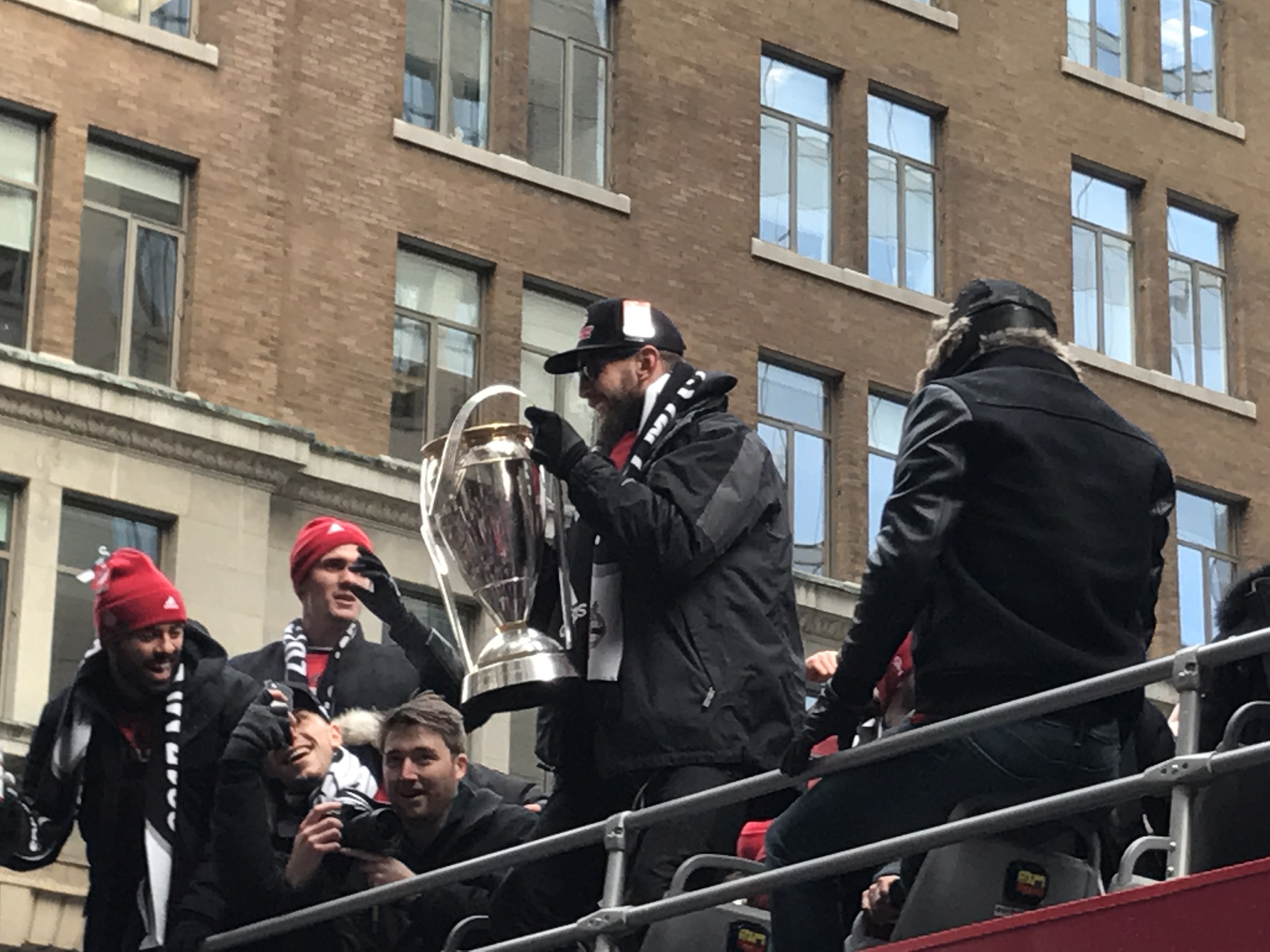 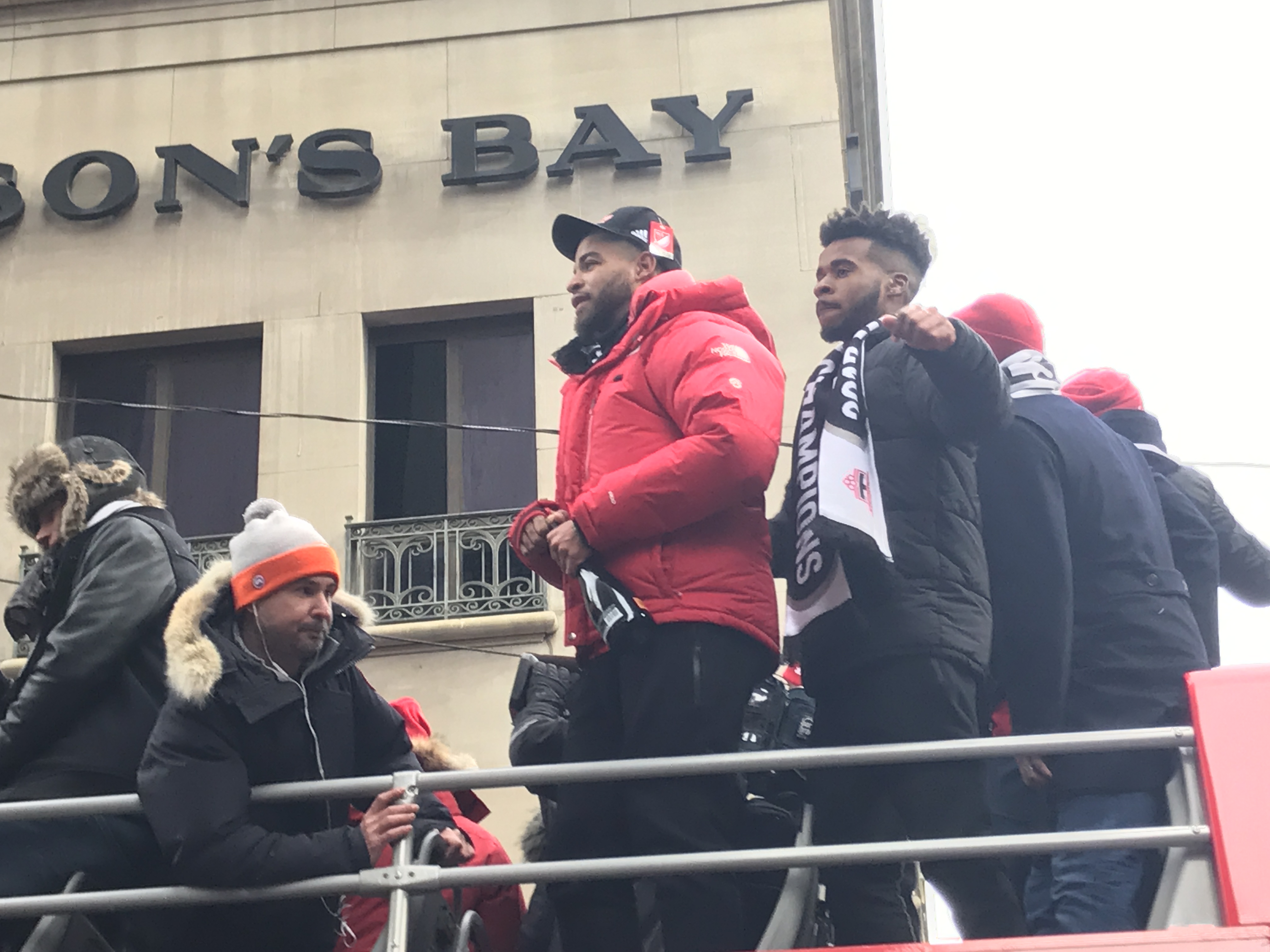 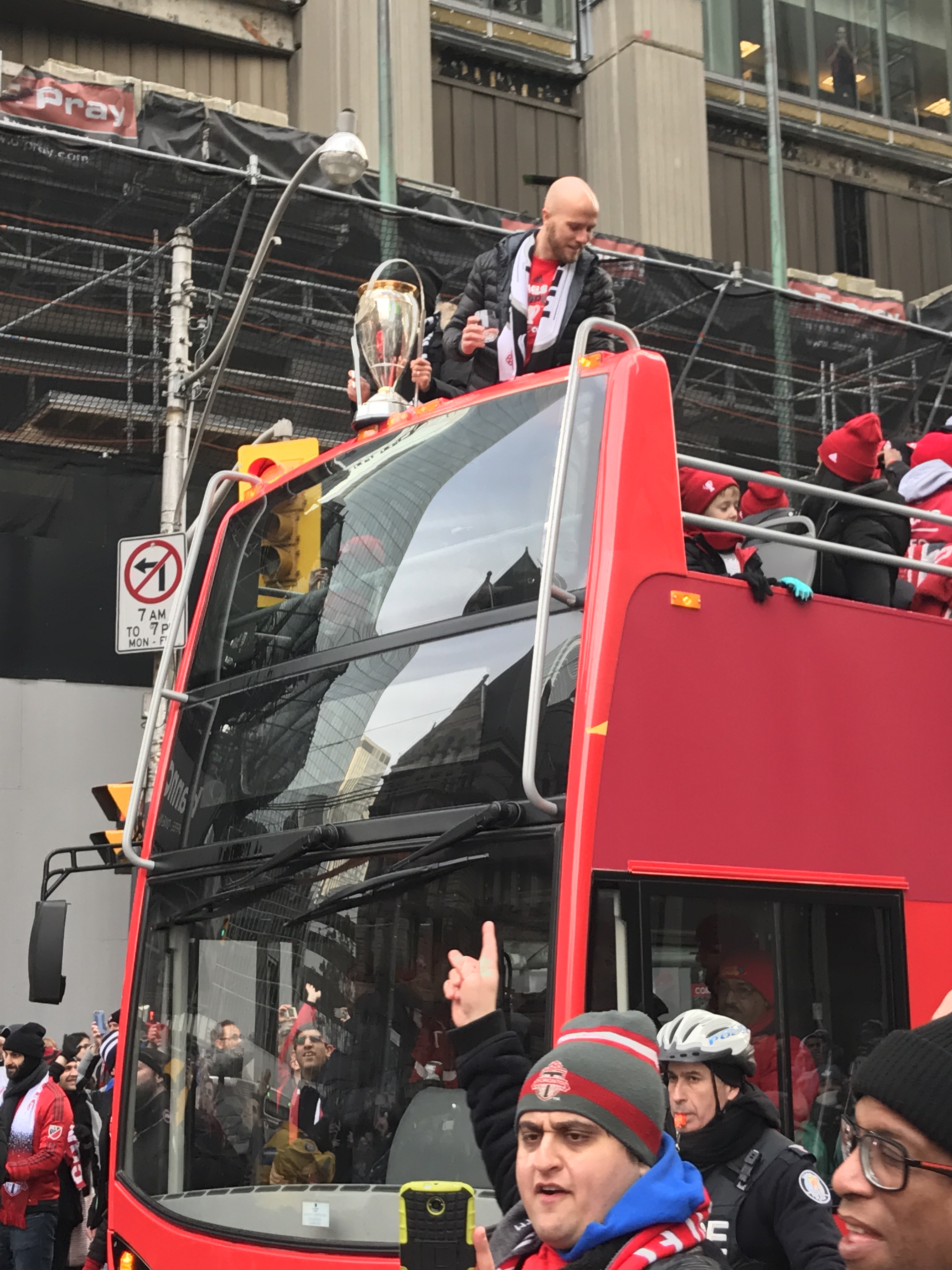 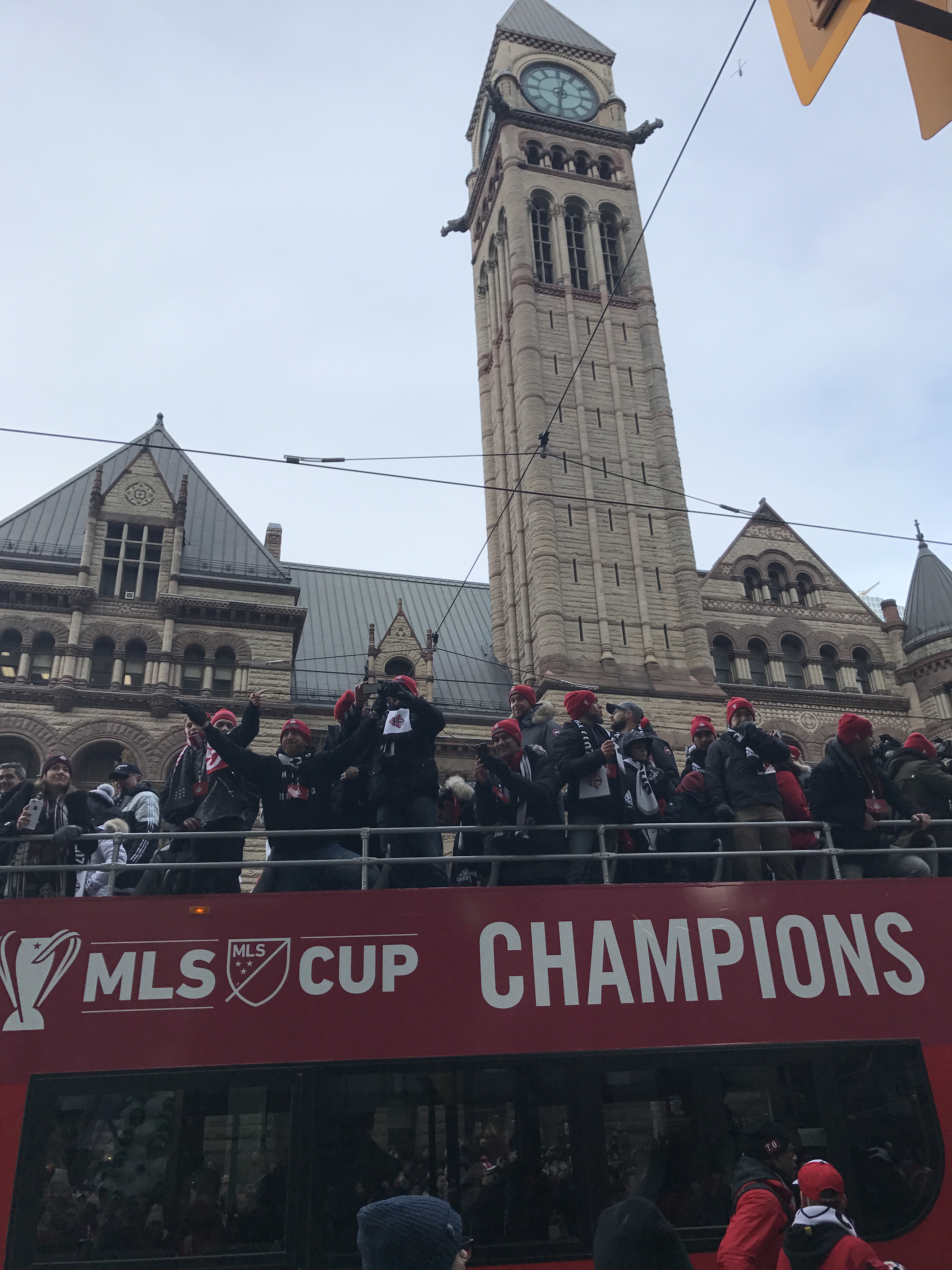 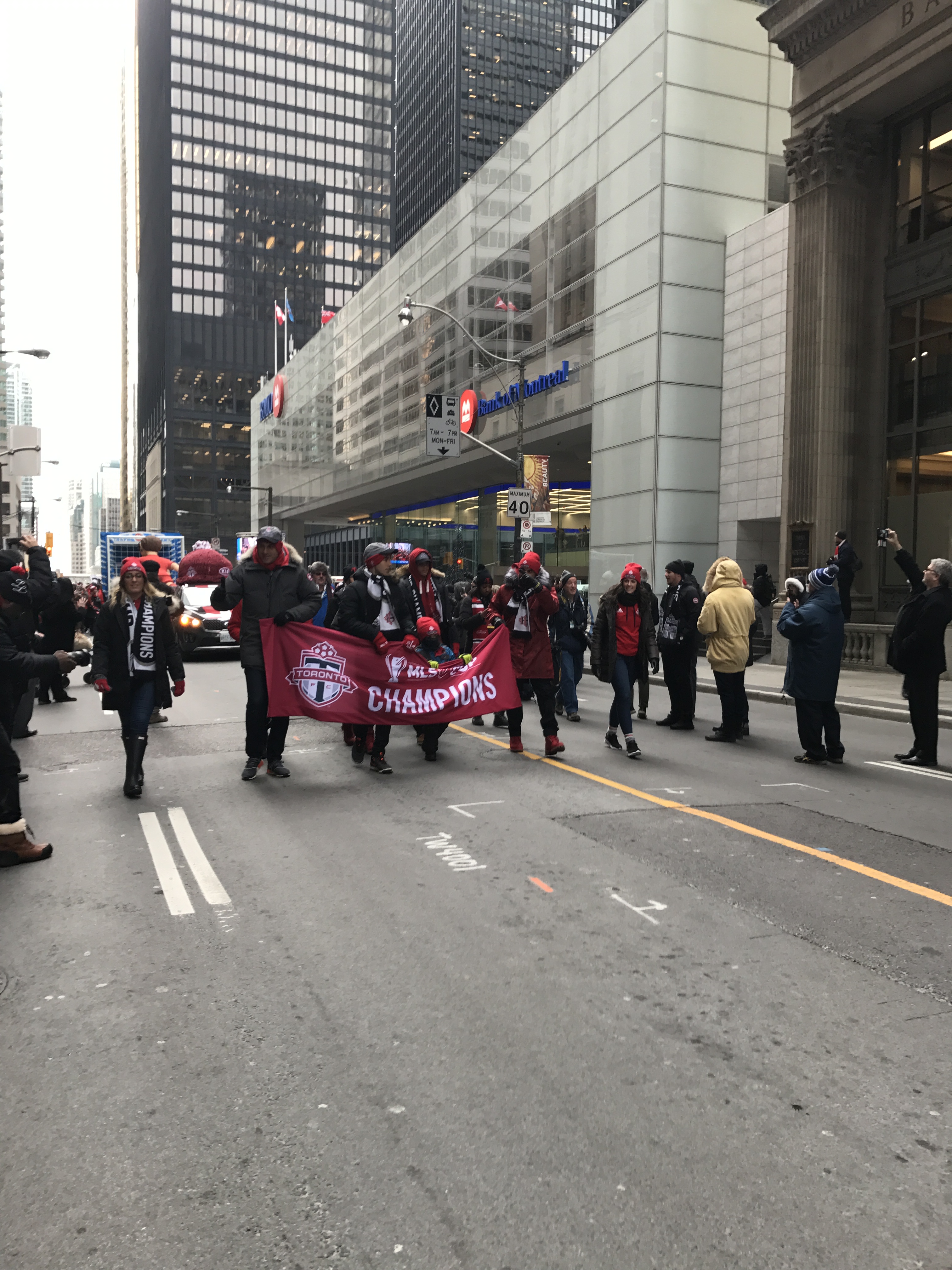 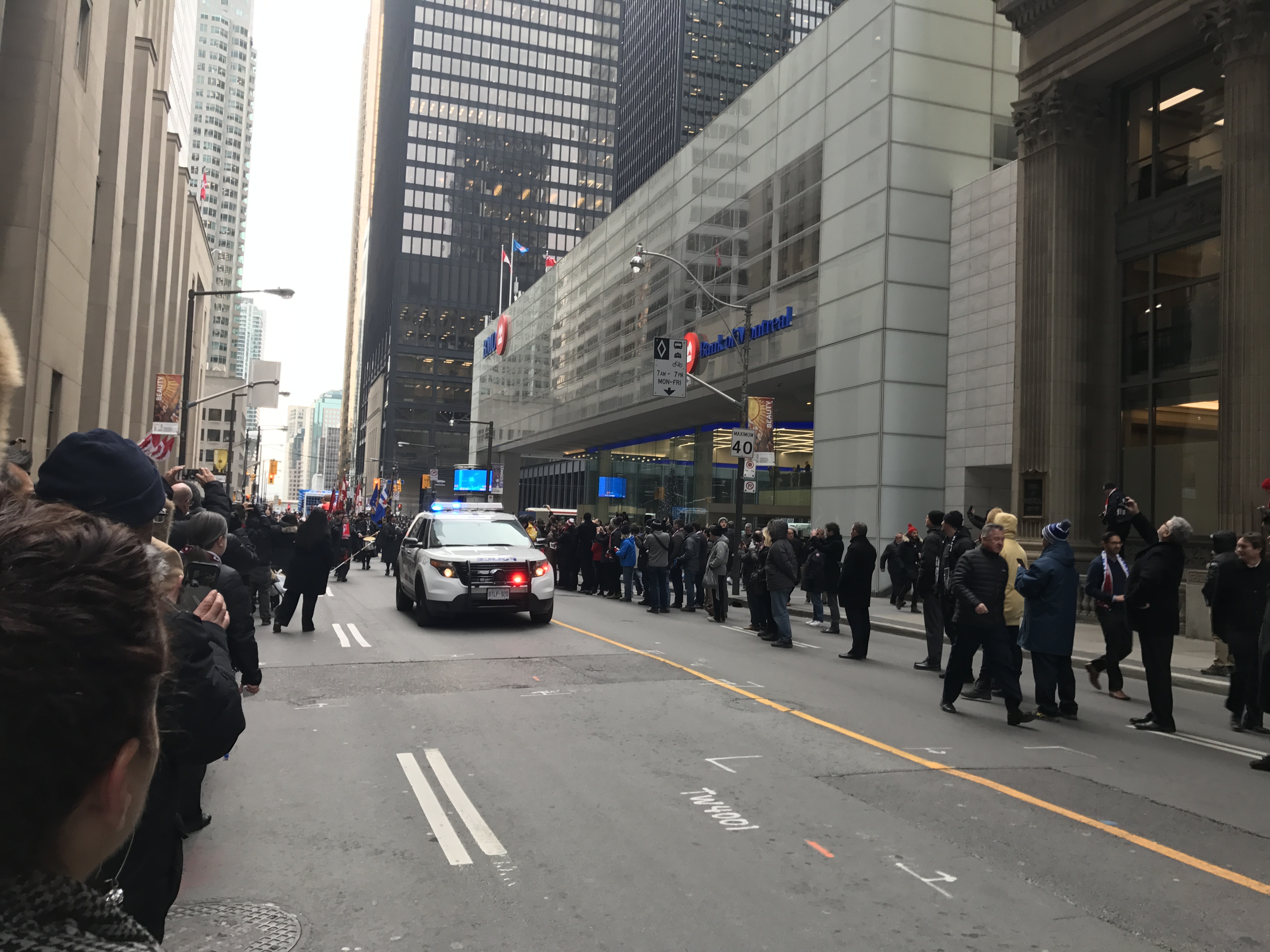