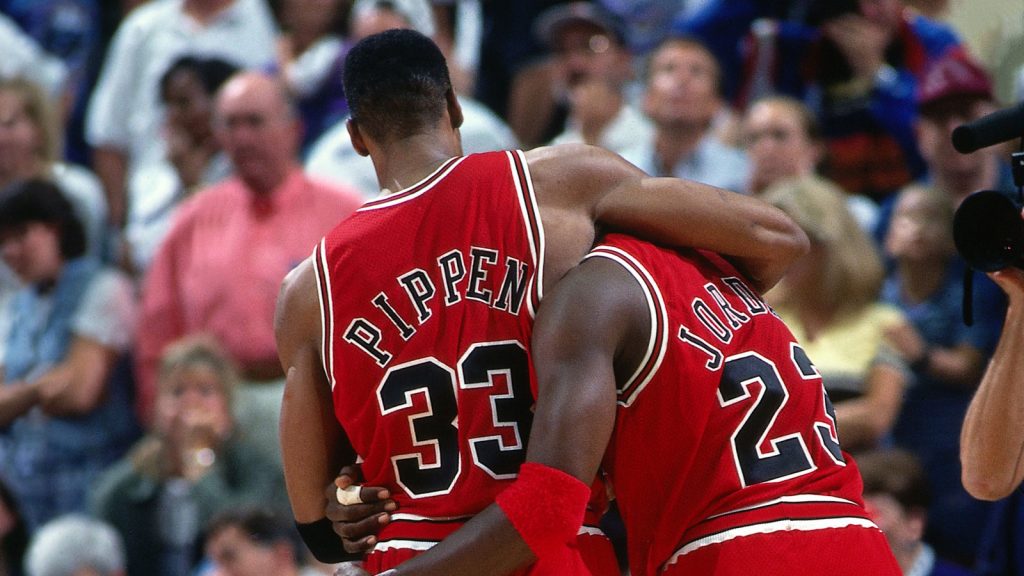 In this MoVernie BLOG, let me share my thoughts and opinions on The Last Dance episode #1 and #2:

1. Scottie Pippen was under paid (7-year, $18 million contract) Ok, before I watched the first 2 episodes of The Last Dance, lots of peeps on social media were surprised how little money Scottie Pippen made during his NBA days. Pippen, although the 2nd option on the Bulls team, after Michael Jordan were underpaid, making only $18 million on a 7-year contract. That’s averaged about $2.61 million a season. Back in the days, the length of the contract was more relaxed and long, the league office didn’t have any restrictions on the maximum number of years a team can sign a player.

Here is the situation. Although Pippen was underpaid, I felt that it wasn’t the Bulls who were ripping him off. As the show indicated, Pippen said, during that time, he needed the money, he had a big family with his dad and one of his brothers who were paralyzed that he wanted more economical stability and guarantee money. That’s why he took the deal. He knew during that time, it would be underpaid. I mean, I don’t know what was the average market rate for an NBA player of his caliber back in the early 90s, but I mean, it was a contract that he was comfortable of singing.

Here is my thought process, where is his agent? Why didn’t he asked his agent if the deal is fair price or not? I understand he wants stability and wanted to sign a long-term contract, but why such a lengthy contract? 7 years? I could see 5 years but 7 years was a long time. Anyhow, here is my opinion, if both parties mutually agreed and signed the contract, then they should fulfill the contract. I know in the show, it showed that Pippen was pissed that he was underpaid, but I felt that he shouldn’t be a distraction like he did in the tailend of his contract. Owners and management can’t re-adjust his contact. Coz, contracts can go both ways. What if you were injured for life? The team still have to pay your salary. If a team decided to re-negotiate a contract, then it would set a precedent among other players and demanded more money, so ownership also wouldn’t want to make an exception to Scottie Pippen.

2. Jerry Krause was perceived as the Bad Guy. The General Manager (GM) of the Chicago Bulls during that era was Jerry Krause. At the tailend of the Bulls dynasty, there was a fallout between Jerry and Phil Jackson, leading to the disband of the Chicago Bulls. To be honest, I could understand why the fans were pissed at Jerry coz no one would disband a team when they were still the top team in the league and just won another NBA Championships. You only force to disband when superstars are being asked to be traded or left during the free agency. I have never seen superstars wanted to stay and the GM said, no, it’s time to disband.

I wouldn’t see Jerry Krause as a villain like other people were saying, coz Jerry brought alot to the table. He was the mastermind, making moves, he had the talent to know how to build a franchise from the ground up. He drafted Michael Jordan, he traded for Scottie Pippen to complement MJ. He later traded for Dennis Rodman, a bad boy where no other teams would want to touch. Jerry fired Doug Collins and replaced him with Phil Jackson, who have never coach an NBA game before. All of these moves were made possible due to Jerry’s talent, vision, skills, instinct and gutsy moves. Who has the guts to fire Doug Collins who just guided the Bulls to its first Eastern NBA Conference Finals? But Jerry did, he envisioned Phil Jackson, under the guidance of Tex Winters (the mastermind on the infamous triangle offense). Those were gutsy moves. It kind of reminds me of how Raptors President, Masai Urijri who fired Coach Dwane Casey, won the “Coach of the Year” and then got fired and replaced Casey with rookie coach Nick Nurse. What was the result? More creative offensive and defensive set-plays plus guiding the Raptors to their 1st NBA Championship.

3. Although I did admire Jerry Krause abilities to draft the right players, traded for great players and made some gutsy moves. I did question why he suddenly had a fallout with coach Phil Jackson? In the show, Jerry was the one who brought in Phil to coach the Bulls and they got along with success. But…in the tailend of the dynasty, Jerry told Phil that it didn’t matter if he can win 82-0 games coaching the team, Phil won’t be back the next season.

Why did Jerry not being able to put his personal beef aside and see the big picture of the business aspects of the team?

4. I am very grateful of the opportunity to watch The Last Dance, the chance to get a feel of what it’s like in the NBA back in the 80s and 90s. We got to see how intense those teams were back then and how the league had transitioned into the league it is today. 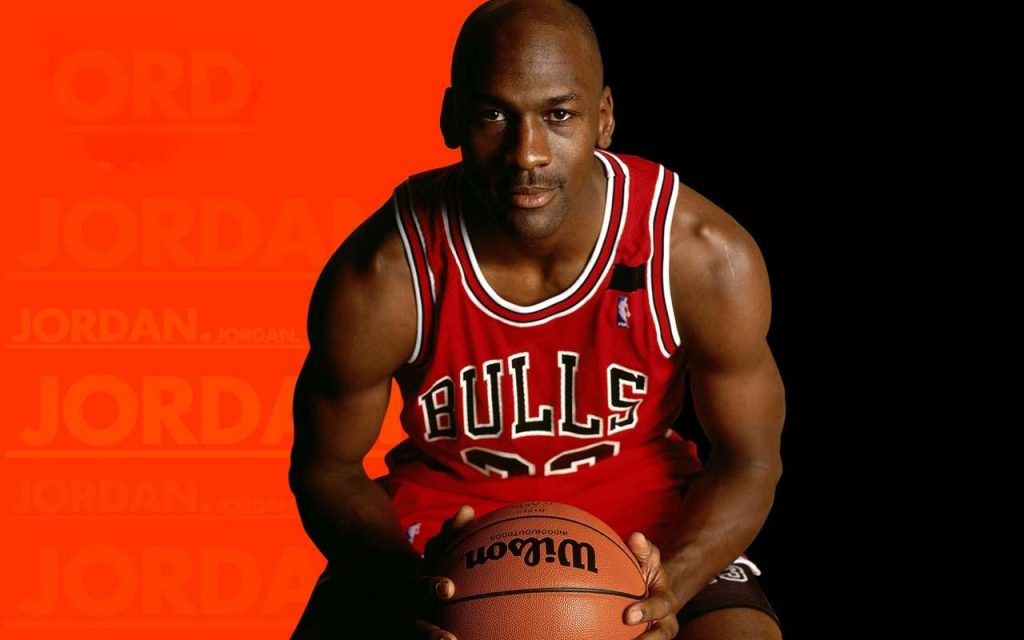 5. People talk about all the “Superteams” that are being assembled in the current NBA. For example, Lebron James and Anthony Davis for the LA Lakers. Kawhi Leonard and Paul George for the LA Clippers. Steph Curry, Klay Thompson, Drymond Green of the Golden State Warriors just to name a few. But if you look back at the dynasties of the 80s and 90s, the Boston Celtics had a super star lineup that included Larry Bird, Kevin McHale, Danny Ainge and Co. The Detroit Pistons had Bill Laimbeer, Isiah Thomas, Joe Dumars, Dennis Rodman and Co. The Chicago Bulls had Michael Jordan, Scottie Pippen, Dennis Rodman, Toni Kukoc, Steve Kerr and Co.

I think the biggest difference back then and now is that…..the current NBA, the players who becomes free agent, join forces with other superstars and go play on the same team. But back then, the superstars were built via drafts, trades and with key pieces via free agency.

6. After watching the first 2 episodes of The Last Dance, it brought up a great debate once again. Who is the Greatest Of All Time in the NBA? Is it Michael Jordan? Is it Lebron James? Is it Kobe Bryant? Is it Walt Chamberlin? What about Larry Bird? What about Magic Johnson? So many choices. But I think the major debate is….MJ or Lebron? 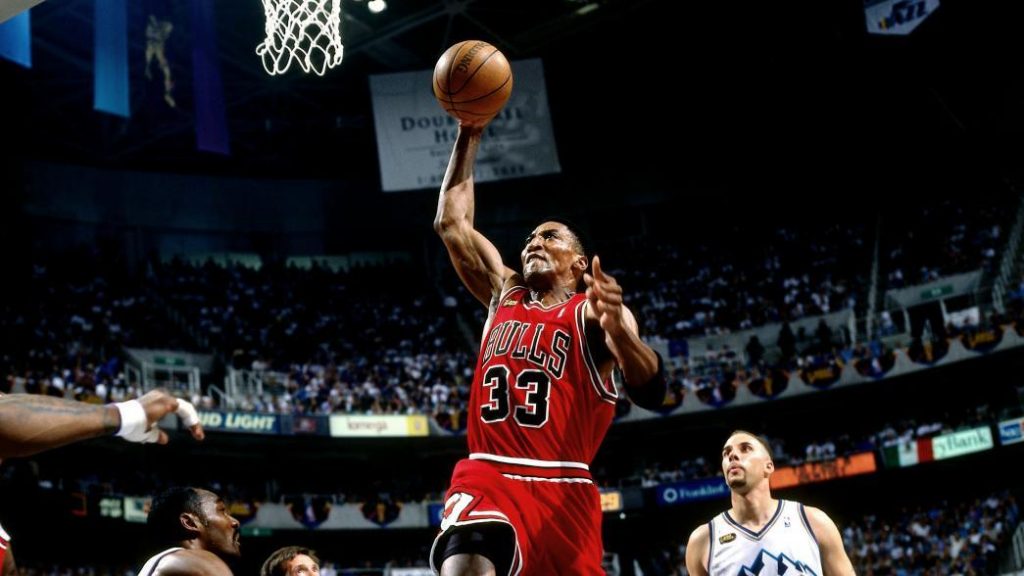