So…..this is our MoVernie team’s 1st time attending an esports game. We attended Toronto Defiant Inaugural Overwatch Game at Real Sports Bar. Quite honestly, prior to the game, we had no idea what to expect. Is it going to be jam packed or just a few people? What is the setup like?

I have to say, the experience of watching the Toronto Defiant was electrifying. It felt like an NHL or NBA playoff game. Real Sports Bar was jam packed with Defiant fans. There were no empty seats. Every single table and seats were filled, from upper level to the ground level. The Defiant flag/banner was visible high up on the pillar of from the upper level. The big central screen was used to broadcast live of the Overwatch game.

When the fans saw the Defiant team going up on the stage at the Blizzard Arena in LA, the fans were cheering crazy. Many of these fans have a red rally towel and it was quite a scene watching them all swirling around the Real Sports Bar. 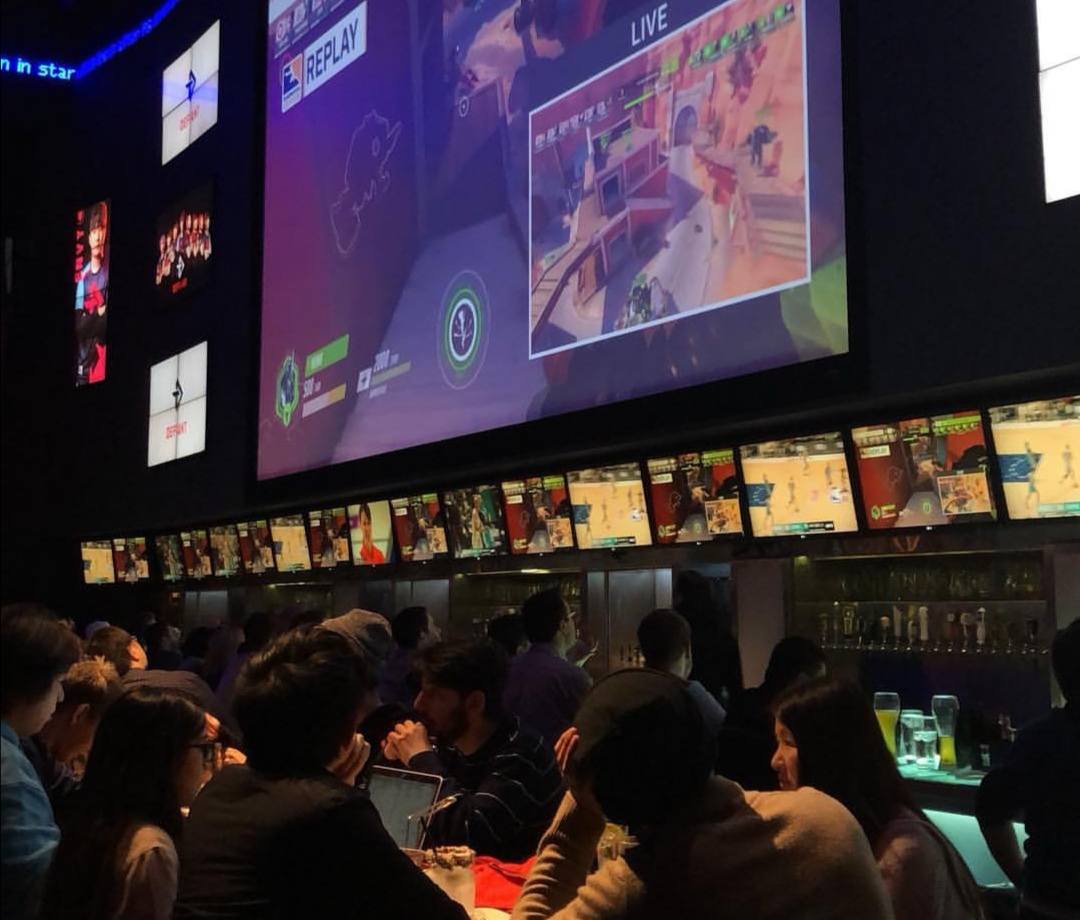 Toronto Defiant’s opponent for the evening was Houston Outlaws. I have to admit, I couldn’t quite grasp what’s happening as both teams (consists of at least 5-6 members) were fighting in the game on the screen. There were lots going on but I could hear fans were cheering hard when I presume the Toronto Defiant team were winning.

There were 3 rounds of the Overwatch match and both teams were neck and neck tied in the first 2 rounds. In the 3rd and final round, both teams score were tight, they had to go to overtime to determine the final result. It was intense and fans at the Real Sports Bar were sitting at the edge of their seats. At the end, Toronto Defiant defeated the Houston Outlaws, capturing the team’s 1st win. It was quite a cool experience for my team to watch. We got lots of things to learn about the team and the game, but it was fun. It’s something different you know. 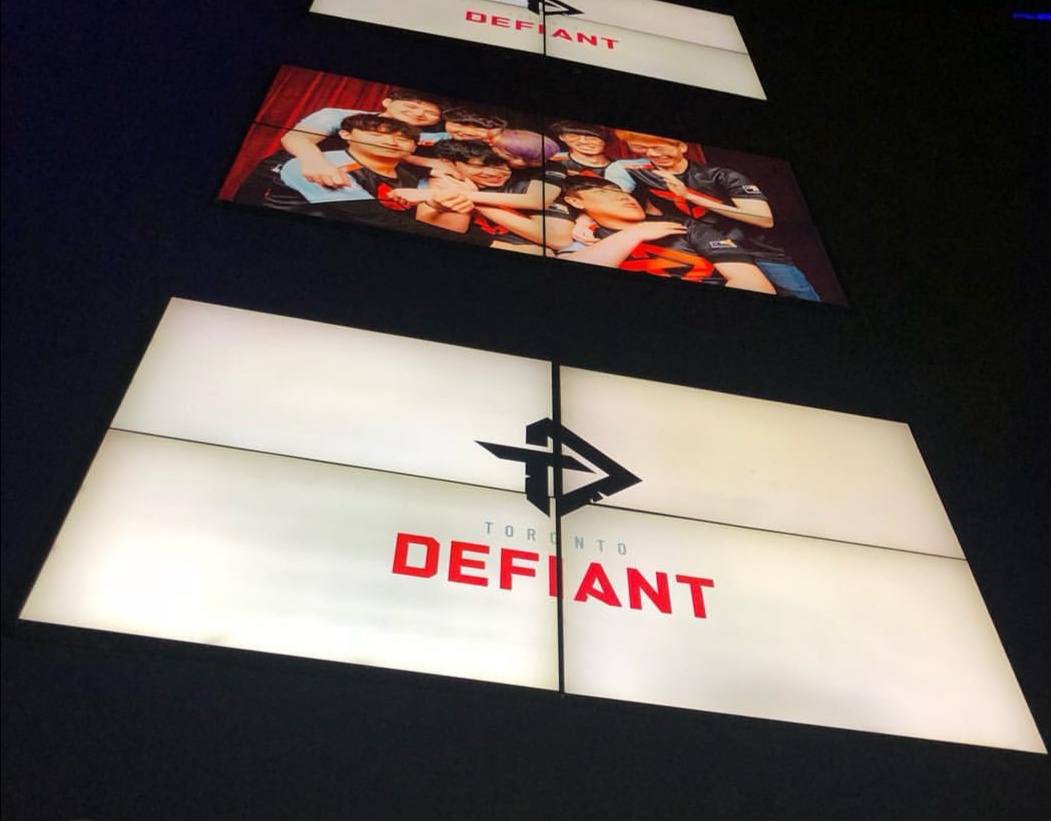 I will definitely go back again perhaps to watch another team play another game, just to see how each game works.

Congratulations to Toronto Defiant for winning its inaugural Overwatch game.

Special shoutout to Overactive Media Group for having us and allowing us to experience Toronto Defiant’s inaugural game at the Real Sports Bar. 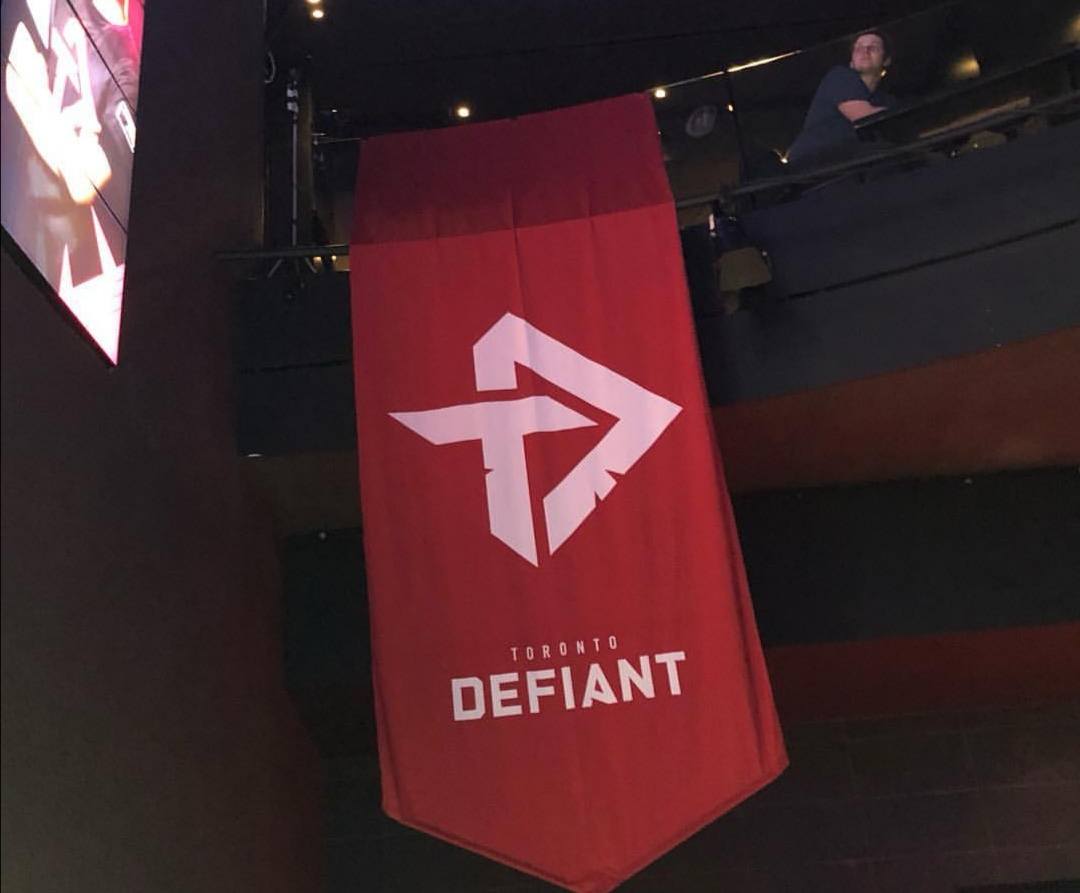