This Gundam Statue is a life size model that the attention-to-detail is ridiculously top notch. From every bolt, every panel, the weapon, everything is so detail. I would say that this life size Gundam stands probably 8 floors high, so it’s massive. You can spot it from a far distance.

This outdoor area was jam packed with people as I think there was some sort of autograph session that people were lining up for to see their idol. Then, people were just coming in-and-out of the shopping mall. I must say, I had lots of fun taking every angle of this Gundam Statue. I went during sunset time, so I was able to capture the Gundam statue with the sunset. And after I went and check out the Gundam Base inside the mall, the sky got dark and this Gundam Statue was LIT, so I got to take more photos.

I must say, when the Gundam Statue got lit up, it looked so good! It changed colours from green to yellow. I was told that they change the Gundam model periodically, this time, it’s the Unicorn Gundam.

MoVernie TIP #1: If you are visiting this Gundam Statue solo and wanted to take a selfie but it’s too hard since this life size model is too big, no worries coz the organizer setup a mini container where you can take a short flight of stairs and get on the roof of the container and you can take photos closer with the Gundam Statue as background. Now, they even have a professional photographer taking photos for you on your phone and they also snap a few shots on their camera. After you finished with the photographer, you have to get back down, on your way out, they have printed the big photos of you with the Gundam Statue for you, you have an option of purchasing it or you can just walk out without purchasing anything but it’s a good spot for you to get a nice photo with the Gundam Statue.

Quite honestly, the large size photo (about 8’ x 10’) by the professional photographer was $1000 yen (which is about $11.60 CDN), so it’s not that bad. I checked my photo but wasn’t as good as the one she took on my phone, thus the reason I didn’t make a purchase. Otherwise, I would definitely buy one coz it’s quite a good memory. 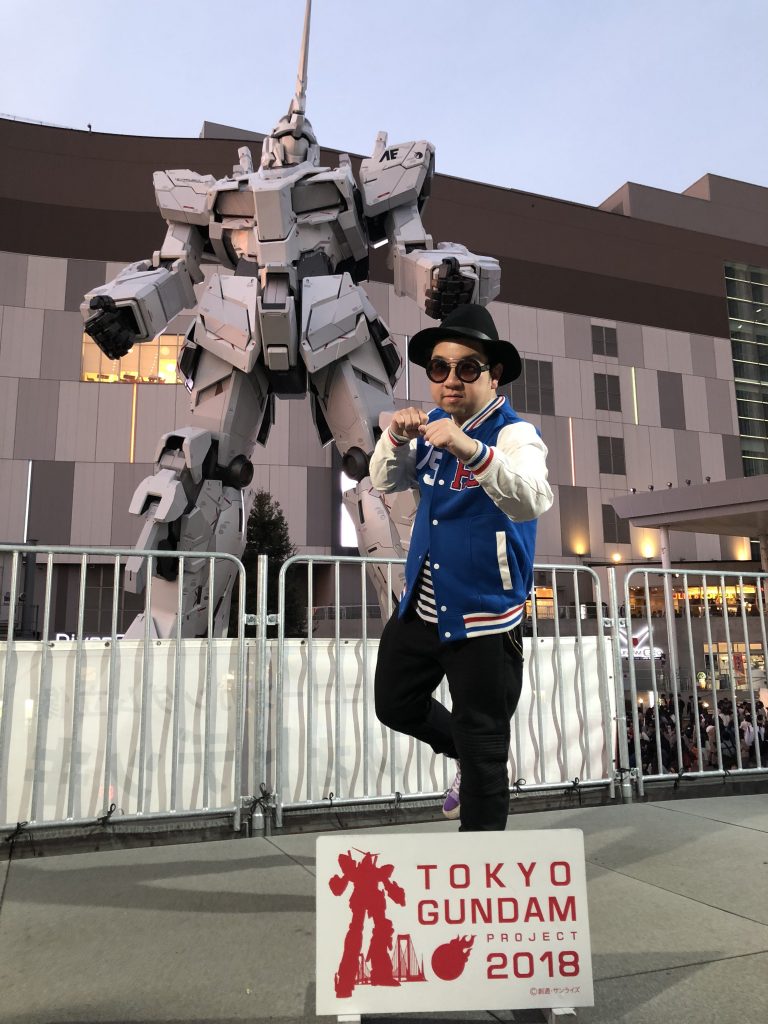 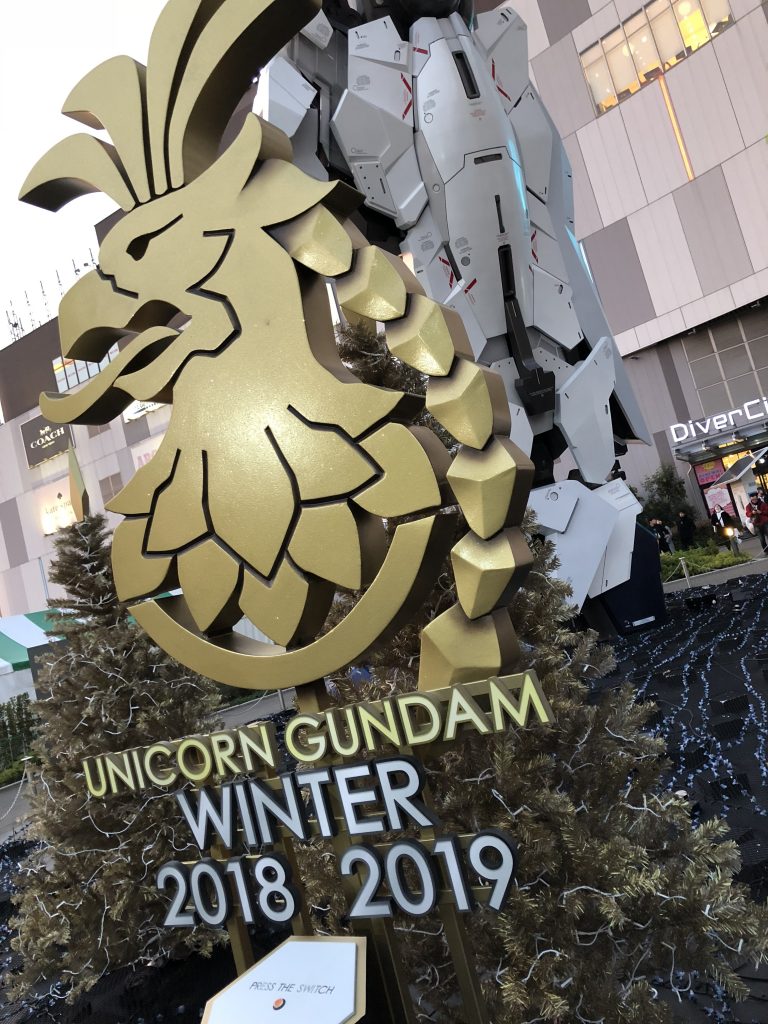 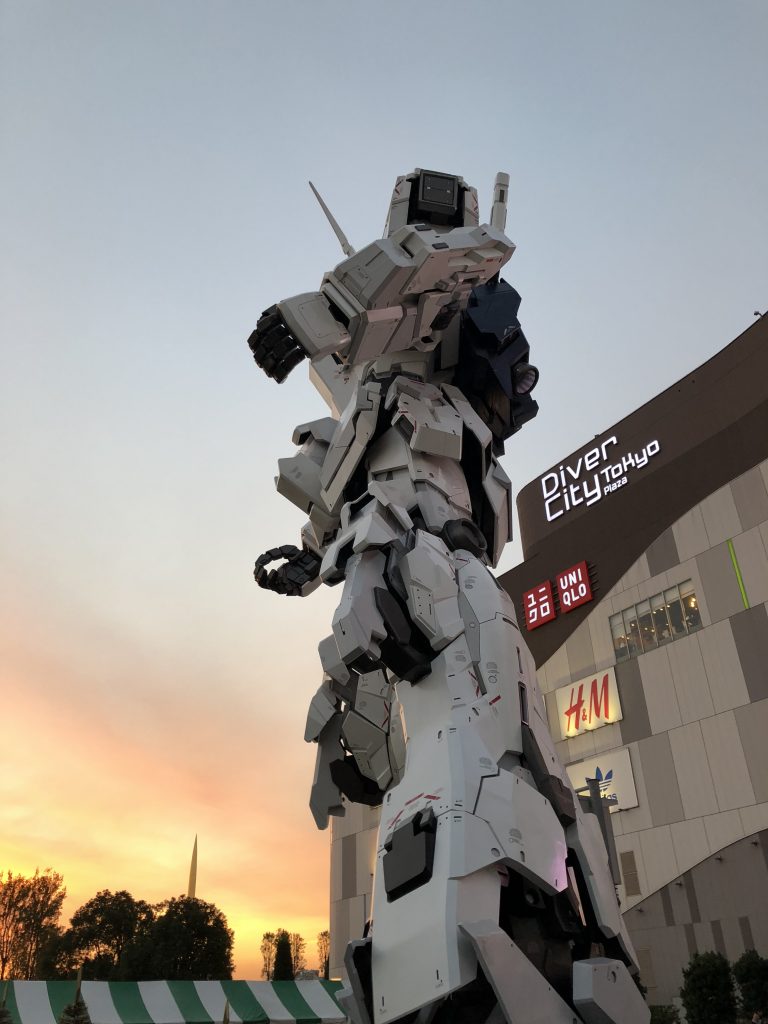 MoVernie TIP #3: During the entire day, there are certain time slots where they will have a live performance, showing the transforming of the Unicorn Gundam into a night mode version of another Gundam, if you want to witness the transformation, be sure to check out its daily schedule here. 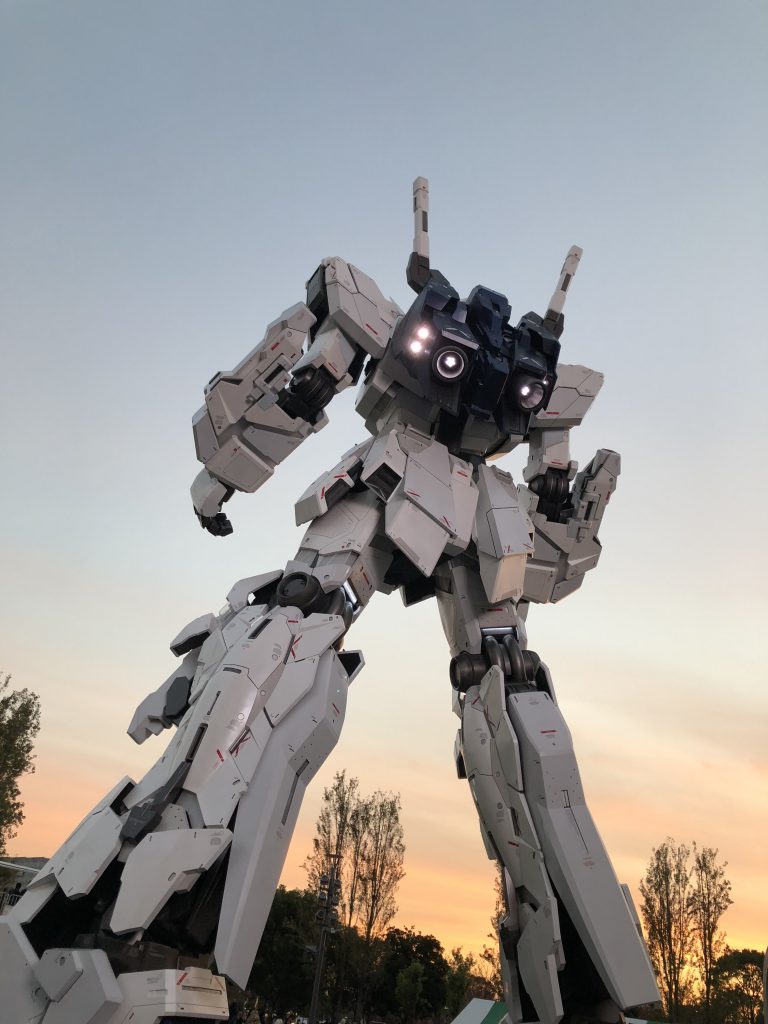 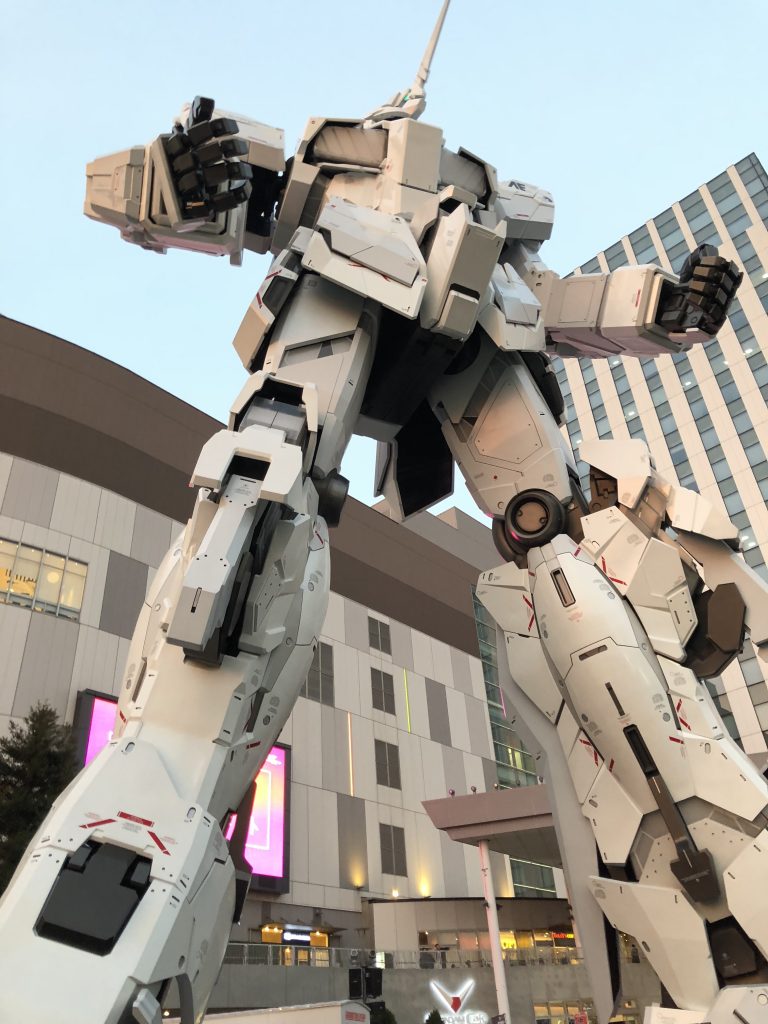 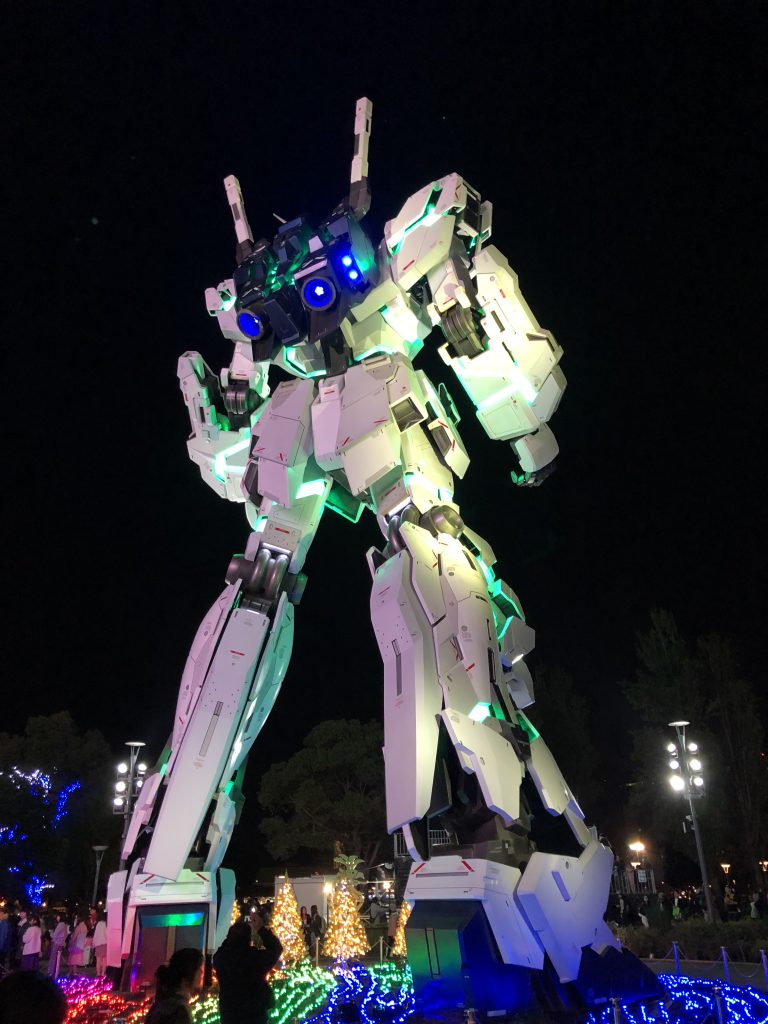 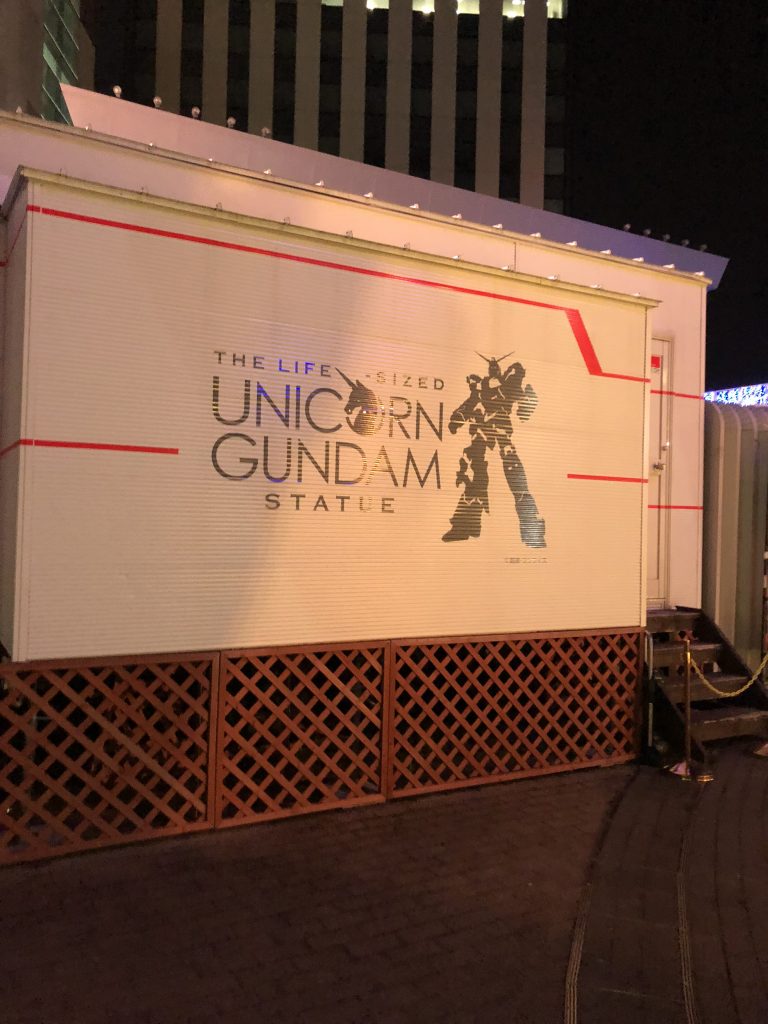 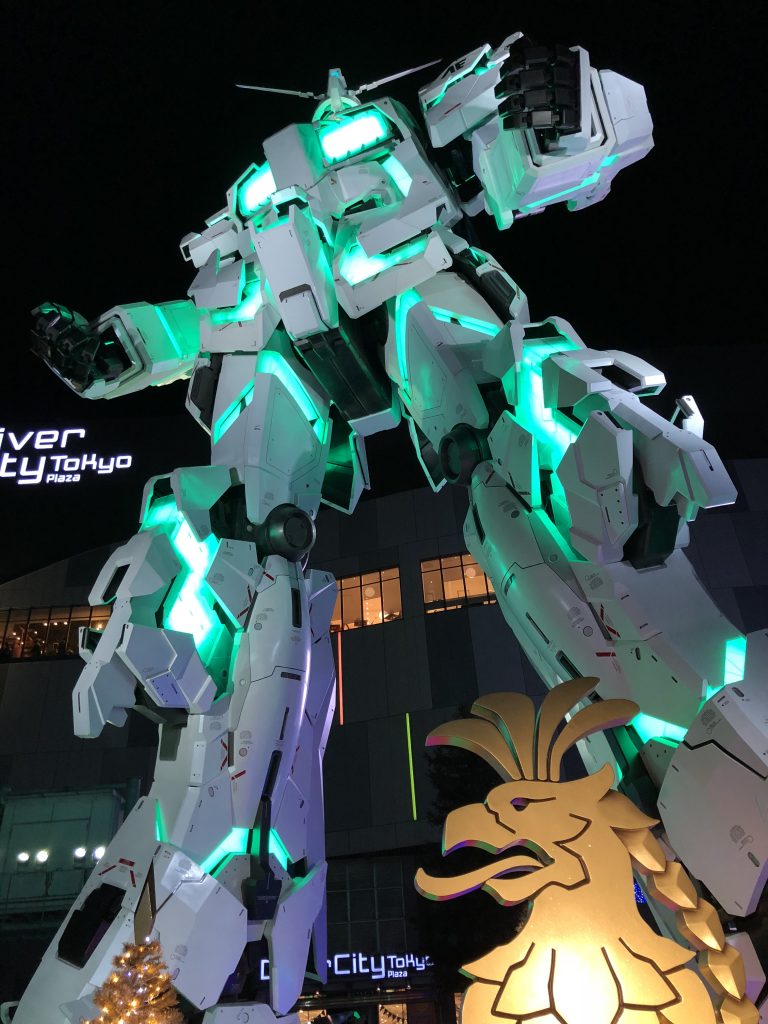 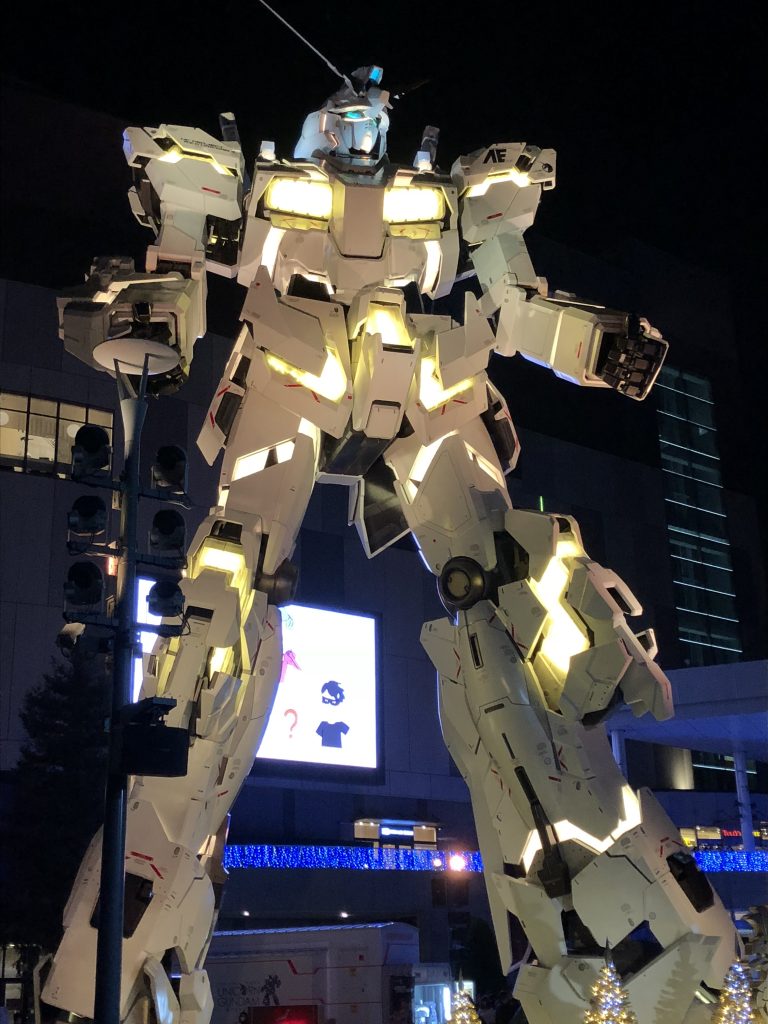 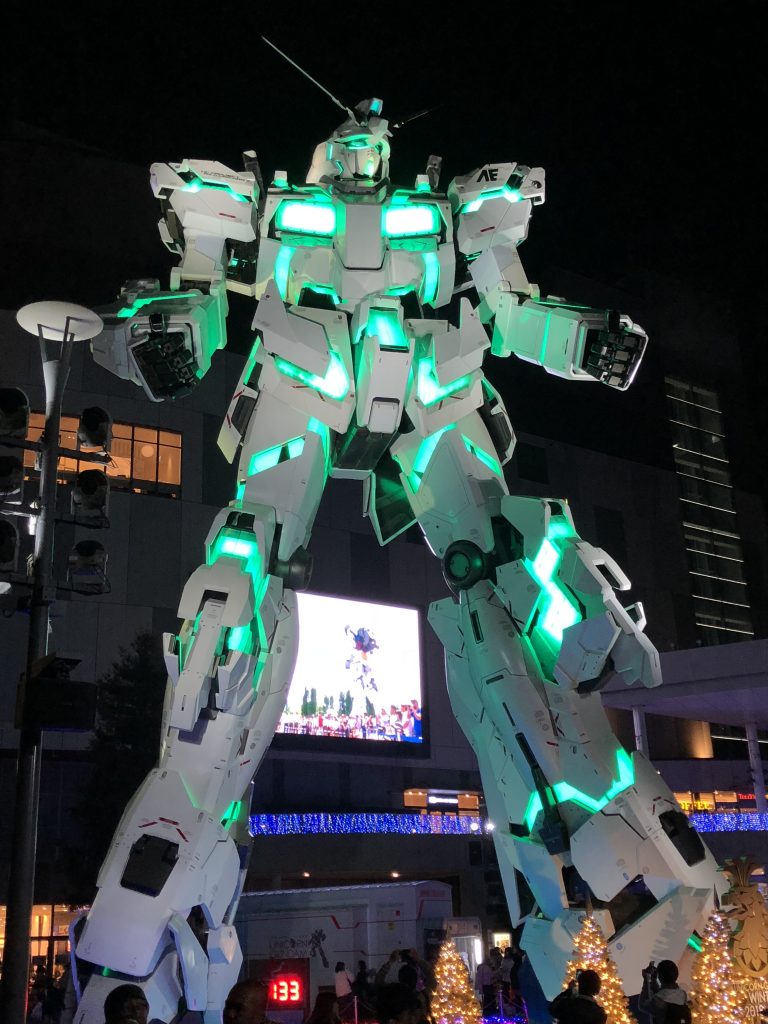