A few months ago, I wrote a MoVernie BLOG about Drake and his buddy, Chubbs, opening another new restaurant in Toronto. It’s called “Pick 6ix” located at 33 Yonge Street, which was formerly the Houston Steakhouse.

Back then, there were lots of speculation and no one knows exactly the type of cuisine this restaurant was going to be. Is it going to be a sports bar? High-end Supper Club? No one knows yet. During that time, myself included, I thought the name of the restaurant is called “6 Pick” due to the logo design, but it is now confirmed (based on Drake’s Instagram that it’s called “Pick 6ix”). So two nights ago, the restaurant was used by Lebron James to throw a party for his pal, Dwayne Wade’s birthday bash. Drake and Chubbs were also at the event. From the Instagram photos that Drizzy posted, the restaurant is chic, classy and high-end and it could very well be a supper club.

So proud of you and proud to be in business with you!!! My brother @chubbsview congratulations on our new stunning venture @pick6ixto ?⚽️??⚾️?⛳️? I hope the entire city gets a chance to enjoy this beautiful establishment

So, I had decided to make a walk to the restaurant and scouted around. First of all, as you can see from the photos that I took, Pick 6ix is still under construction, fence boards are still blocking around the restaurant. Papers are still intact on the windows to block people from peeking through. 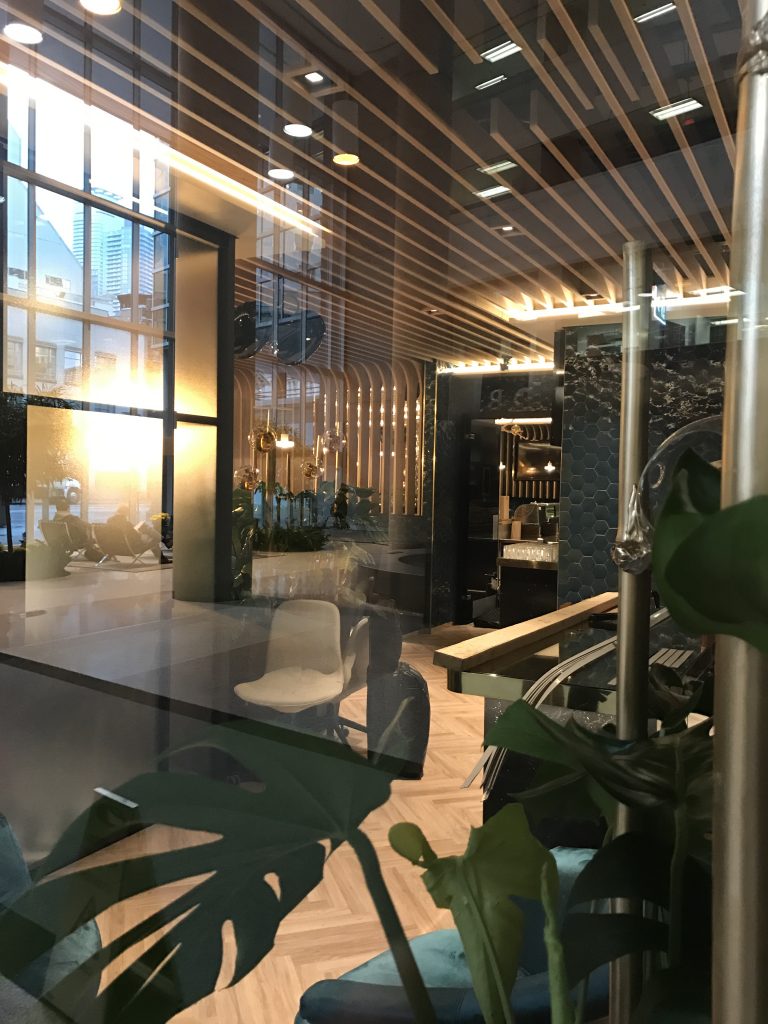 Anyhow, I could see that they are installing glass structure on the patio area. This is to allow the top glass roof to open during the summer and to close when cold winter comes and still provide space to serve patrons food and drinks over the winter. As I glanced from the entrance, I could see there are still work to be done inside the Pick 6ix. Judging from the materials and colour scheme, the restaurant reminds me of “The Sher Club” at the ACC, another spot that Drake had influence on the theme and design.

Anyhow, no one knows the official grand opening. But keep checking back to my MoVernie BLOG often as I will provide you guys with any updates.

Thanks for reading! And MoVernie is outta here!