While I had spotted the 2023 Honda Civic Type R in a parking lot, sitting a few slots down, I had also spotted the all-new 2023 Honda CRV in the Sonic Grey exterior colour.

From the first glance, you could see some resemblance of the Acura MDX. This all-new CRV has a boxier and longer hood line, but it is a little more modern and as per usual, Honda designers maintain the signature CRV vertical taillight.

In the picture below, it’s a great picture showing the contrast of the outgoing CRV and the all-new 2023 Honda CRV. 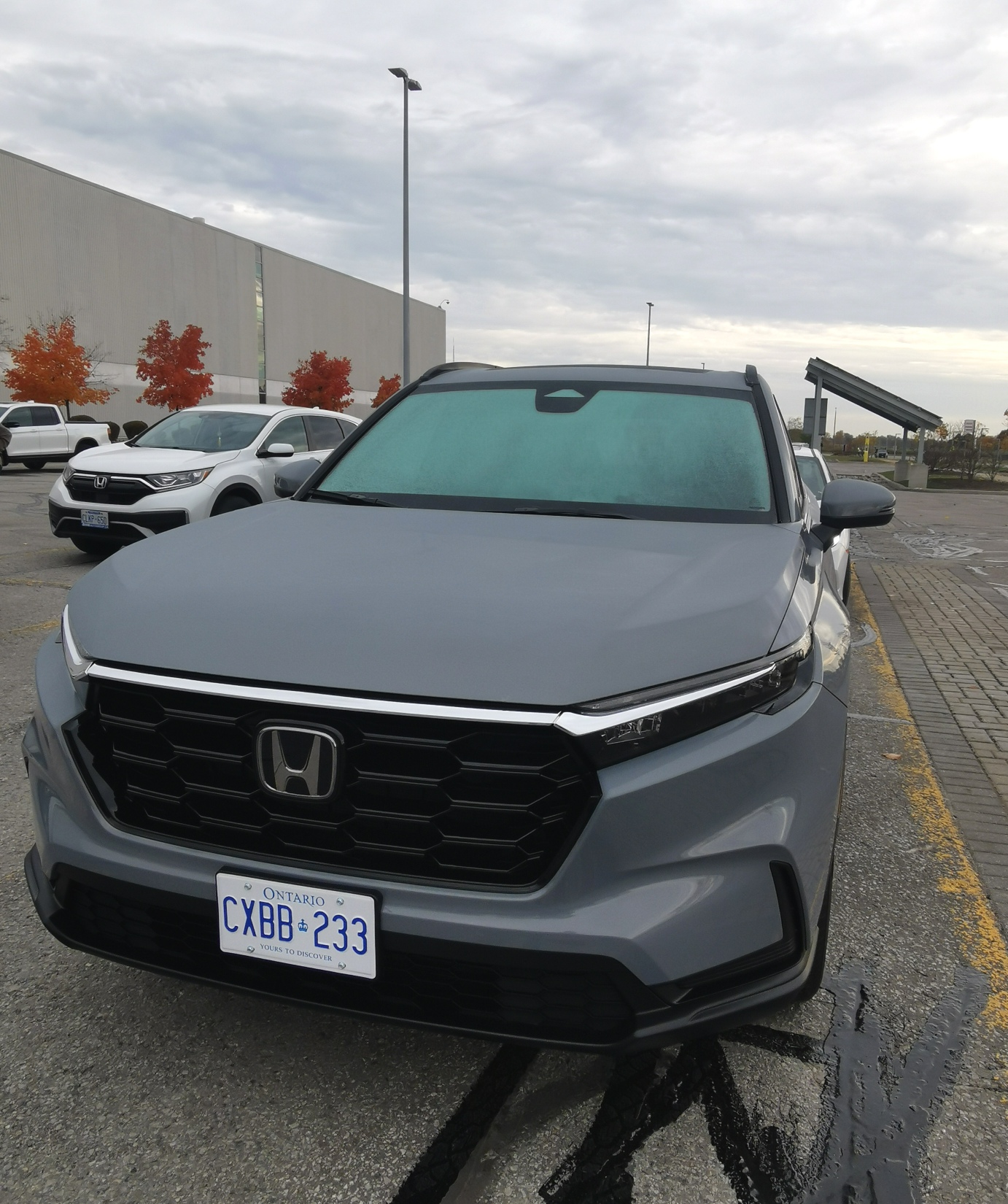 Based on the Honda.ca website, the engine remains the same carrying over from the outgoing CRV with the 1.5L turbo 4-cylinder, pumping out 190 hp and 179 lb-ft of torque.

New this year though, is the new “Touring Hybrid” to the CRV lineup which previously weren’t available. For the Touring Hybrid, it has a gas engine of 2.0L 4-cylinder DOHC, pumping out 145 hp along with an electric motor pumping out 181 hp with 138 lb-ft of torque. 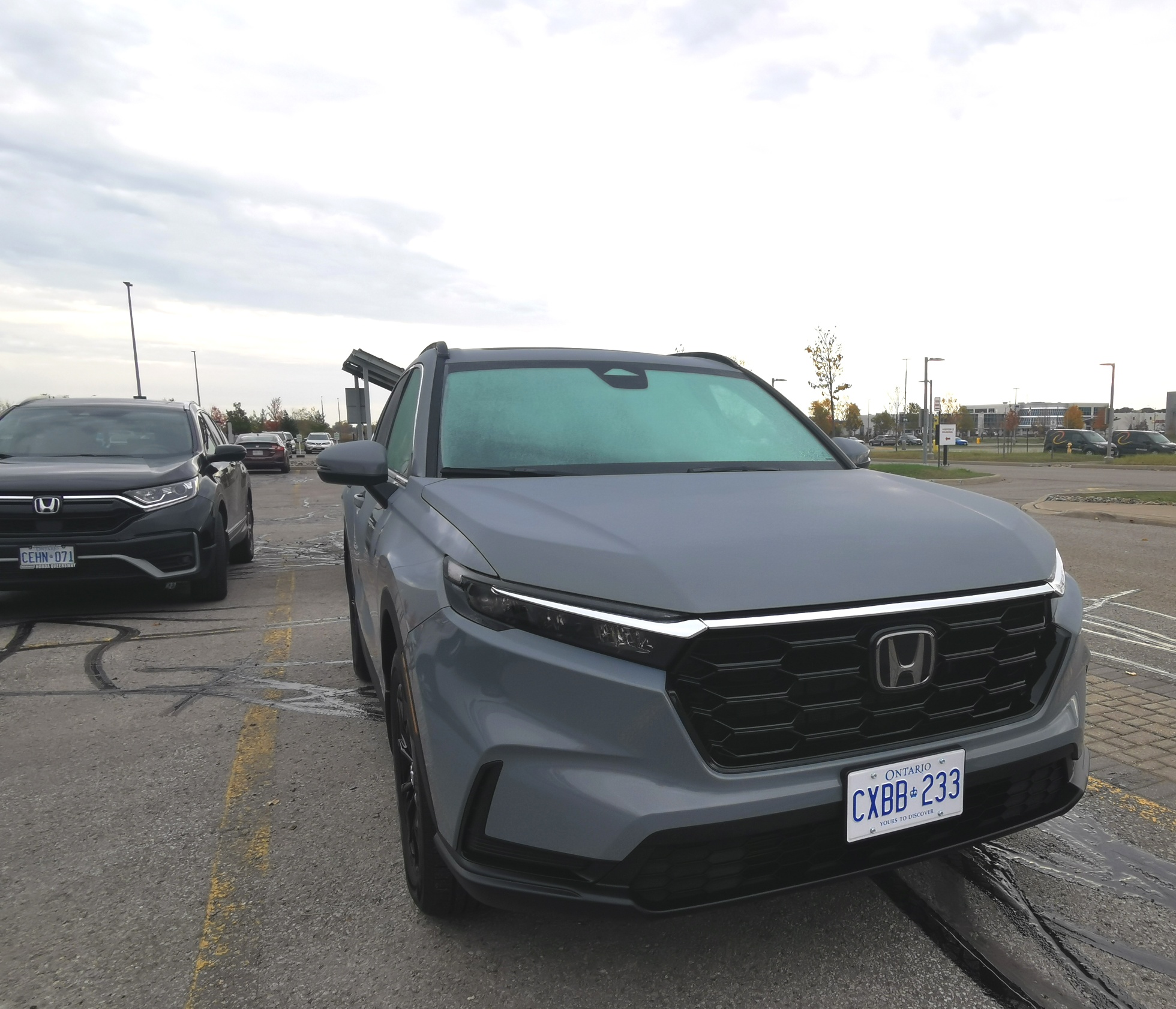